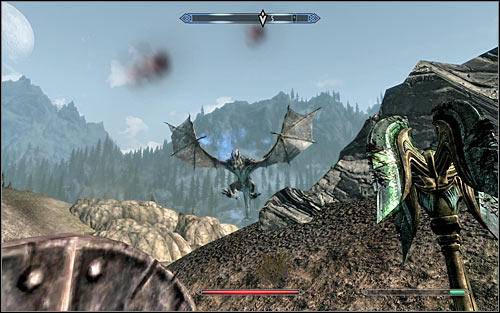 Possible quest givers are Vilkas or Farkas. After you agree to complete the task, you'll be asked to go with the shield-brother to hunt a dragon in the randomly chosen location in the game world. Open the world map and travel to the place marked by the game. Once you get there, you may consider using the Shout Dragonrend, in order to force the dragon to land on the ground. 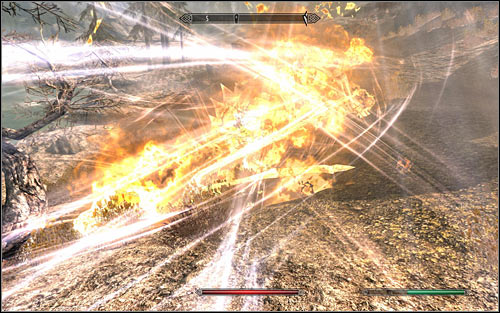 If you do not have such Shout, you must fight the dragon in a standard way, hoping that he will land sooner or later, or attack him using ranged weapon and spells. Fight until the dragon is defeated, and his soul claimed by you (screen above). The only thing to do now is to talk to the quest giver and receive gold.