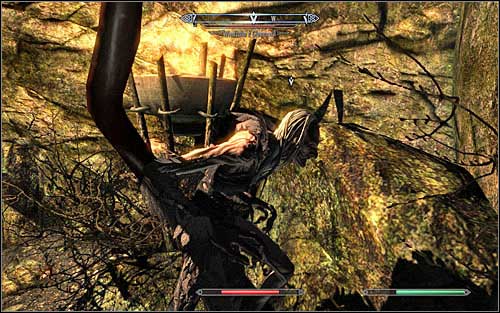 Possible quest givers are Vilkas or Farkas. After you agree to complete the task, you'll be asked to go with the shield-brother to Ysgramor's Tomb to "cure" his soul same as you did in the quest Glory of the Dead with Kodlak's soul. If you have killed all witches during the quest Blood's Honor and taken their head, you can go to the tomb right now. Otherwise you must go to the Glenmoril Witch location, attack any witch (screen above) and take her head after the fight. 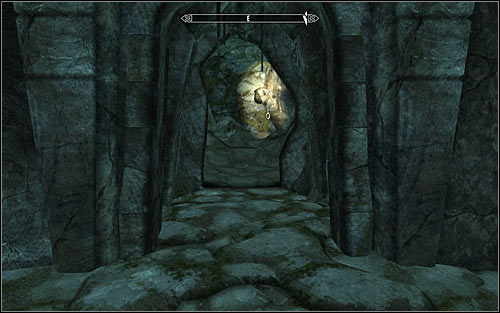 If you have at least one head of the witch, open the world map and travel to the Ysgramor's Tomb location. Once you get there, enter the tomb and use the eastern passage (screen above), to easily reach the main chamber. 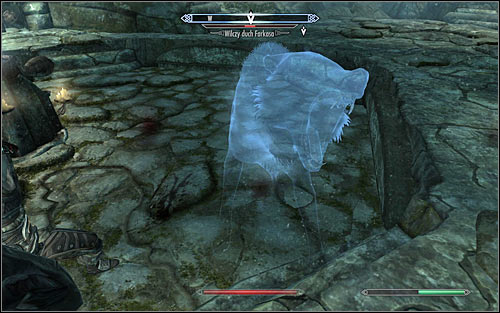 You have to throw the witch's head into the flames and then fight the wolf spirit (screen above). After the fight, talk to the quest giver to receive his thanks and gold. In later phase of gameplay you could complete one more such a quest, connect to second shield-brother. In this case you have to repeat all actions described above. What's interesting, you may throw one more head in the flames, to cure your character from curse. This will of course block the possibility of transforming into werewolf (Beast Form is removed from your powers list).