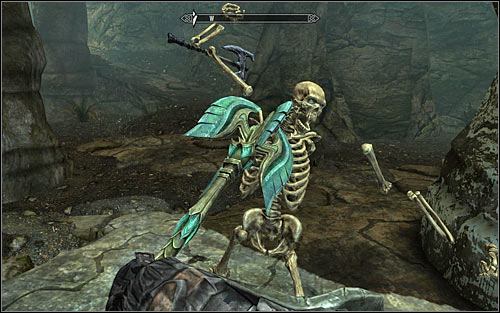 Aela is the only giver of this quest. After you agree to complete the task, you can be asked to go with her in search for magical totem. This item is hidden in randomly chosen location in the game world. Open the world map and travel to the place marked by the game. Once you get there, you'll probably have to fight some wild animals or monsters (screen above). 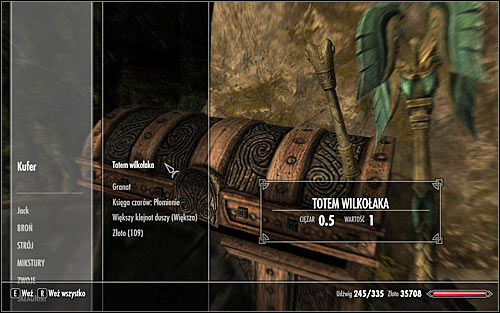 Totem you're looking for can be found in a public place (on a table for example) or hidden in a chest (screen above). After collecting the artifact listen to a short Aela's speech. 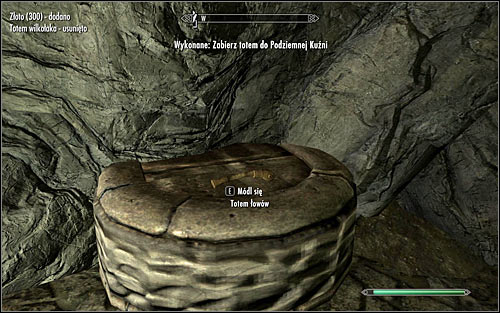 Do as she suggests and return to Whiterun and enter the Underforge. Put newly obtained totem in a place marked by the game (screen above), receiving gold and ending the quest. This totem will allow you to change rules of transforming into werewolf. You might do this quest again and find another totem in the future. But you should be aware, that you can use only one totem at same time.