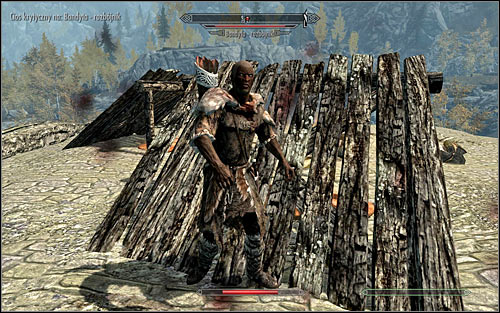 Farkas is the only giver of this quest. After you agree to complete the task, you'll be asked to kill a leader of randomly generated fraction, which occupies randomly chosen location in the game world. Leave Whiterun and travel to the place marked by the game. First you will be probably forced to eliminate opponents in the area closed to the location of enemy fraction (screen above). 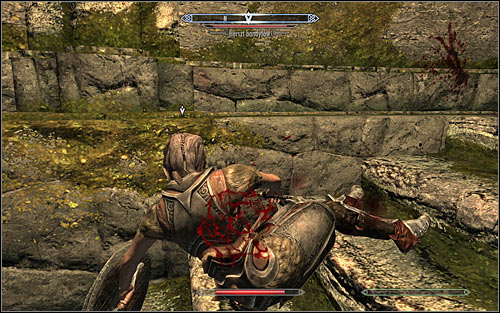 After clearing the area, you'll be able to get inside and start looking for the leader (screen above). He is of course tougher than other fraction members, but you may also encounter other tough enemies there. The most important thing is that only leader has to die, so after killing him you may leave this place. You can now return to Farkas and collect your reward in gold.