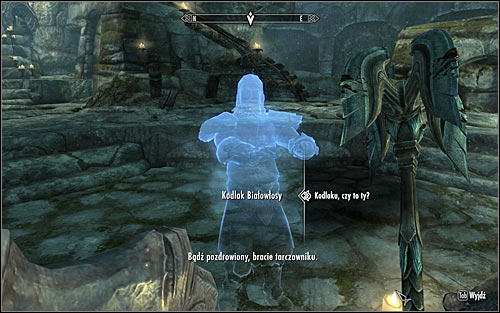 Walk to Kodlak Whitemane who resides here (screen above) and start a conversation. Kodlak says that his soul hides in this place, because it can't go to Sovngarde. He also suggests throwing into a fire a head of the witch killed earlier. 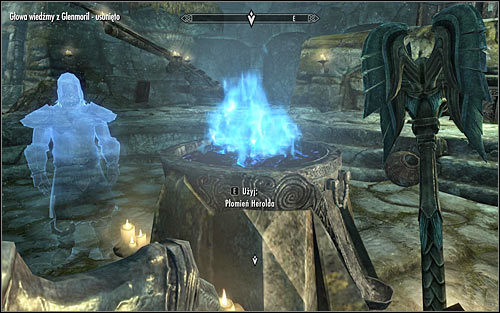 Your current task is fortunately not complicated. Interact with Flame of the Harbinger (screen above) and throw Glenmoril Witch Head into it. 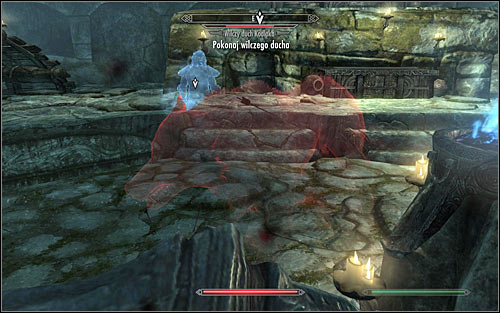 Start attacking now Kodlak's wolf spirit (screen above), which paradoxically is no bigger challenge than standard ghosts, you were fighting before. Same as with previous fights, you can use any weapons, powers, shouts and spells. Fight until the wolf spirit loses entire energy bar. 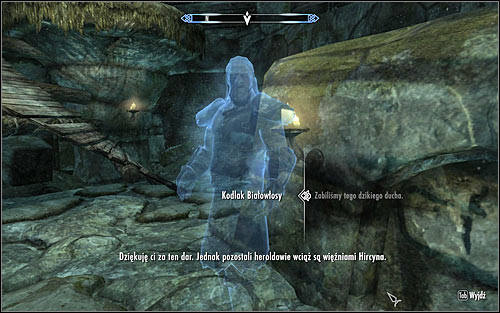 Return to Kodlak and talk to him again. The ghost with thank you for defeating his inner beast and thus unlocking a passage to Sovngarde for him. He will also promise you to help other shield-brothers imprisoned here (screen above). He will also make you a leader of Companions at the very end. 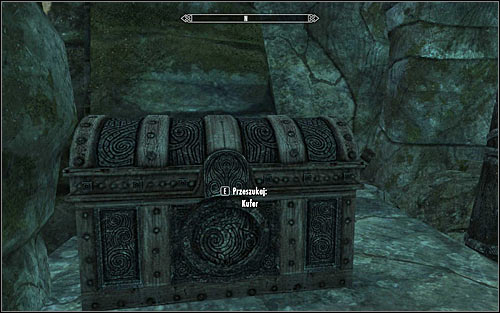 The last major Companions quest described here is now officially over, but you might of course take a look in the tomb. In the chamber where you met Kodlak you'll find a chest (screen above), full of rare artifacts, with probably most valuable - Ysgramor shield. 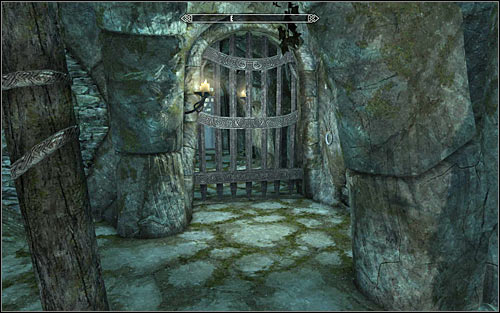 An exit from the last tomb's chamber is located in its eastern part (screen above). Pull the chain and then use the stairs leading to the upper level. Choose the only possible corridor and pull another chain, returning to the chamber with Ysgramor statue. 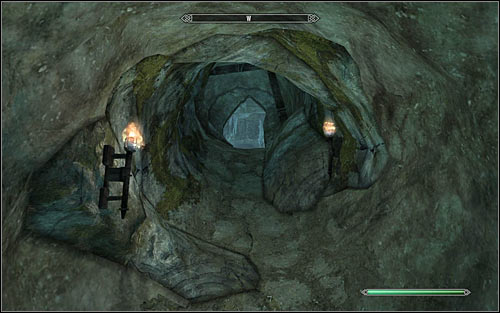 Use the opportunity to explore the western corridor, ignored previously (screen above). It leads outside and after leaving the tomb you might go to the mountain's top. You'll find a Word Wall there, with a new Word of Power - Animal, Animal Allegiance.

This is the end of your adventure with major Companions quests. From now on you can deal with sidequests described later in this guide. Since they are characterized by randomly generated guidelines, you can start quests with same name many times, each time visiting different places and interacting with different people.