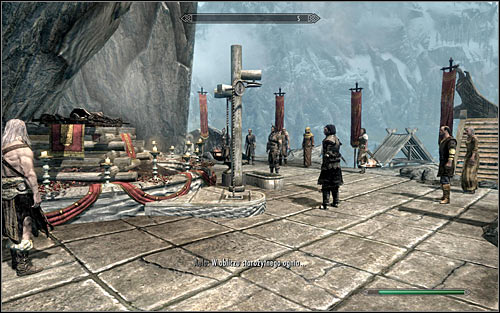 Kodlak Whitemane's funeral will take place in the Skyforge (Eorlund's working place), so you have to go there now (screen above). Once you get there, the ceremony begins. After its end Eorlund will ask you to give him Wuuthrad's fragments and to find the last fragment of this ancient weapon, kept in Kodlak's chamber. 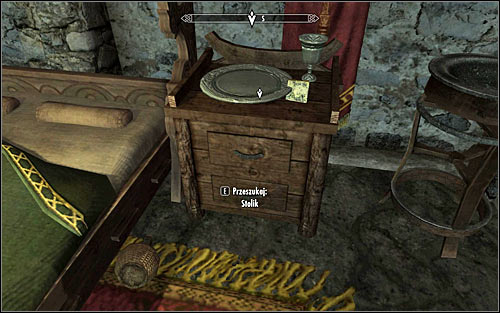 Enter the Jorrvaskr sanctuary and then use the stairs leading to the living quarters in Jorrvaskr. Head north and after a while you'll reach the Kodlak's chamber. Using the opportunity, look for Two-Handed skill book Song of Hrormir. Weapon's fragment you're looking for can be found on the table located next to the large bed (screen above).

New primary objective: Give the final fragment to Eorlund 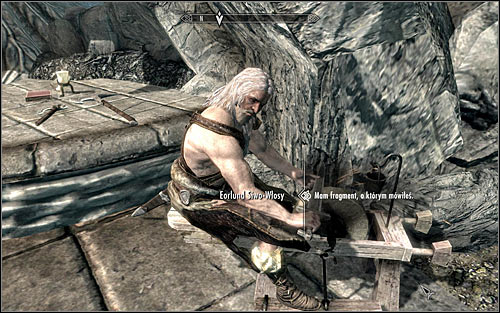 Return to the Skyforge, where the funeral took place and give Eorlund the last weapon fragment, you've just found. He will send you to the Underforge, where Companions are waiting for you. 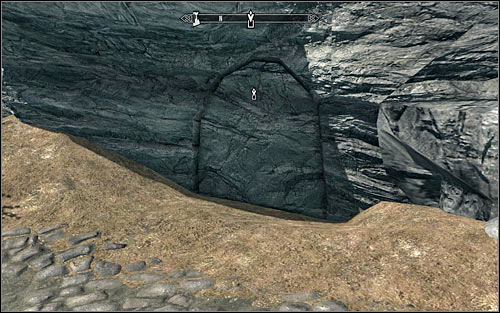 Go down and use the entrance to the Underforge (screen above). Once you get to the destination, listen to the conversation of Companions, which concerns Kodlak's last will to guarantee his souls a possibility to go to Sovngarde. The solution to this problem might be exploration of the Tomb of Ysgramor. After a while Eorlund will appear with an ancient weapon needed to open the tomb and will give you Wuuthrad.

New primary objective: Go to Ysgramor's Tomb with the Circle 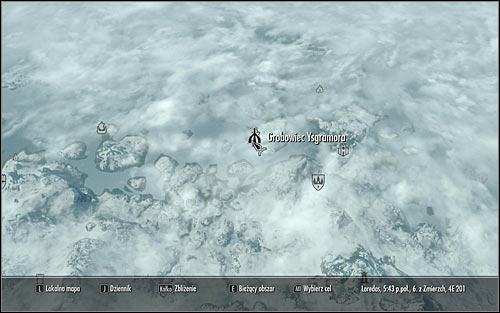 If you play as a warrior preferring two-handed weapons, you should select Wuuthrad as an active weapon. Leave the forge, open the world map and locate the Tomb of Ysgramor (screen above). This place is located in the northern part of the map and I suggest starting your travel in near Winterhold. You do not have to walk there, just choose a fast travel option and meet Companions in the tomb. Do not forget to take a team member with your, because none of the Companions will be your shield-brother in this quest. 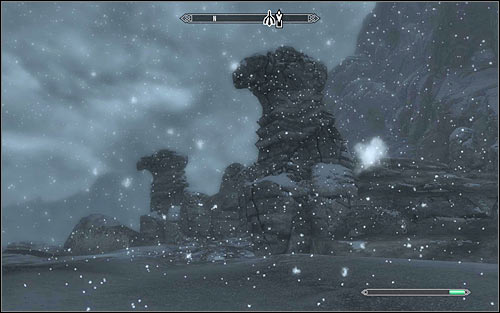 After reaching Winterhold, head north-west, carefully walking or sliding down. Then I suggest approaching the tomb from the south or south-west. You should be very careful, because you can encounter wolves, bears or other wild creatures or monsters in this area. Once you get to your destination (screen above), jump inside the large hole and open the door leading inside the Ysgramor's Tomb. 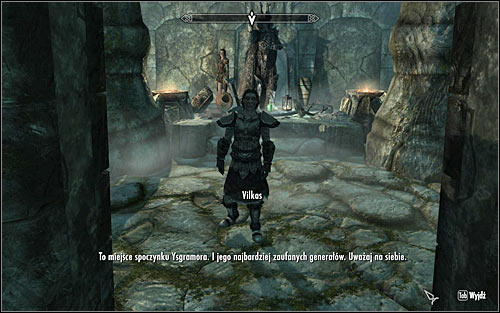 The game should automatically start a conversation with Vilkas (screen above), who will warn you against dangers awaiting you in the tomb, and tell you that he won't participate in your further actions. The shield-brother will also say that in order to open the tomb you need to use the newly acquired Wuuthard weapon. 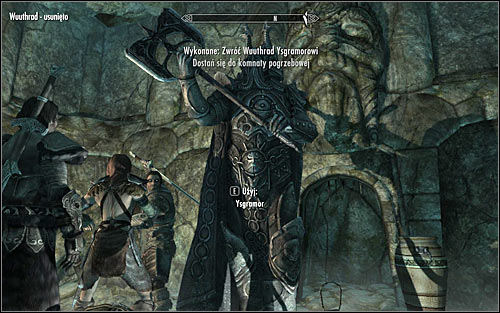 Move to the Ysgramor statue located in the central part of the chamber and press E to put Wuuthrad in its hands (screen above). This action results in unlocking a passage visible in a distance. What's interesting, you do not have to say "goodbye" to the weapon, because you can take it back - the passage will stay opened.