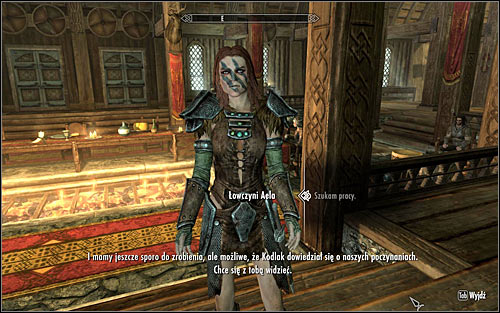 In order to activate this quest, you have to complete the major quest The Silver Hand and then complete two sidequests ordered by Aela (sidequests ordered by other Companions do not count but you can also complete them). After completing two ordered sidequests, return to Aela and ask her about next tasks. She will send you to Kodlak, who wants to meet you (screen above). Aela will also ask you to keep a secret about werewolves and do not say a word to Kodlak. 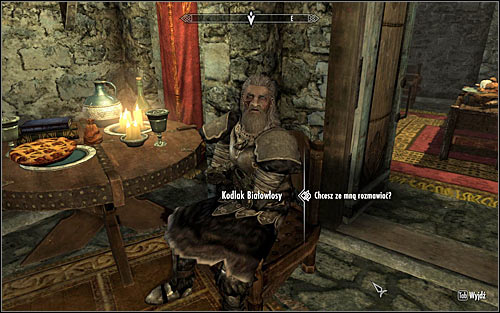 You'll probably find Kodlak Whitemane in his room in living quarters in Jorrvaskr (screen above). Sit on the left chair as he asks you, because only then the conversation can officially begin. An answer to the question about werewolves does not really matter. Anyway you'll learn about a pact concluded hundred years ago with the witches and how witches deceived Companions, so their souls can't go to Sovngarde after death. Kodlak says that he has an idea to cure the order from the curse and will ask you to go to the witches' hideout. In this mission you'll have to kill at least one witch (or all of them - an optional objective) and bring him back her head. 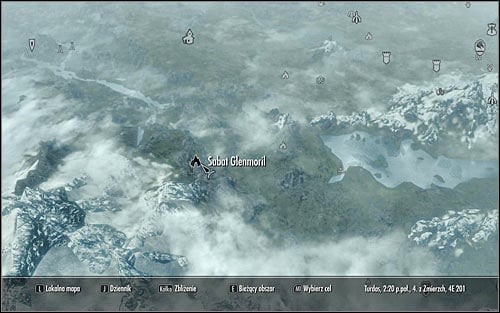 Leave the Jorrvaskr sanctuary. Before you start your journey, I suggest taking someone else to your team, because in this mission you won't be accompanied by any of shield-brothers. Open the world map and look for Glenmoril Witch. This place is located in the southern part of the map. If you've already discovered this place, you should use the fast travel option. Otherwise I suggest starting in the Rorikstead and heading south or starting in Falkret and heading north-west. 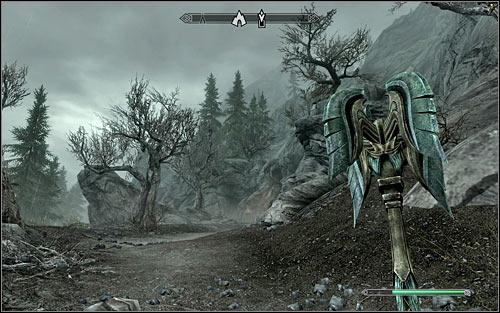 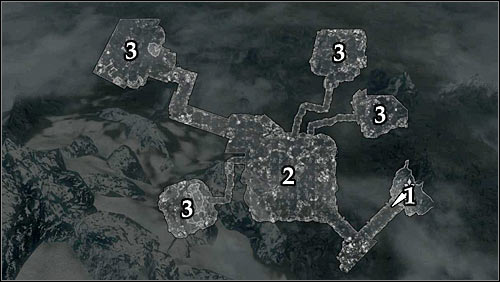 Markings on the map: 1 - Start place; 2 - Location of the first witch; 3 - Locations of the other witches.

It is best to approach Glenmoril Coven from the north, because you can find there a paved path (screen above), so you won't have to climb anywhere. Locate a large entrance to the cavern and use it to get to the Glenmoril Witch location. 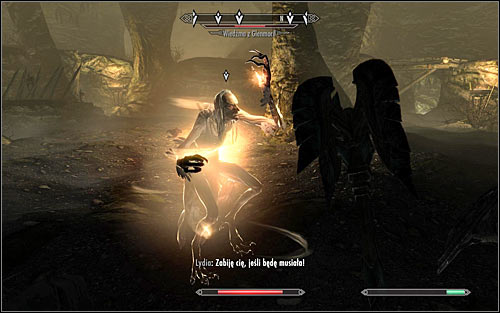 Head southwest and then turn north-west. Soon you'll reach a location of a first witch from Glenmoril (screen above). Generally you should act the same as during fighting with Hagraven, which perhaps you already dealt with. It is important to kill a witch as soon as possible, because otherwise she can summon other monsters for help. Even if this happens, do not stop attacking her, because they will die, as soon as she dies. It is also a good idea to increase your fire elemental resistance, because it is almost sure that you'll be "welcomed" with fireballs. 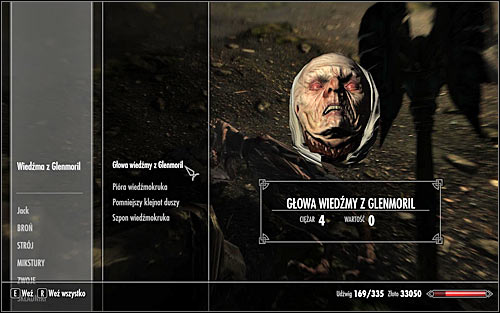 Fight until the witch is dead. Make sure you examine her corpse and collect the Glenmoril Witch Head (screen above). You have to decide now, whether you want to leave this place or de with other four witches. 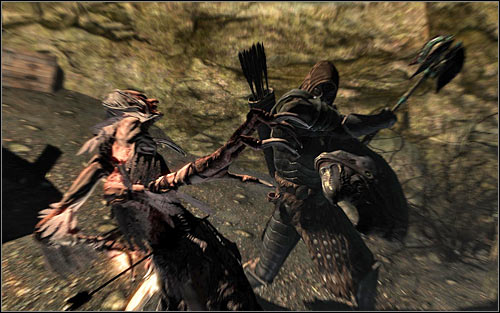 If you're going to kill other witches, I recommend using the previously shown map, showing their locations. Fights have the same schema as previous one, except some of witches may be accompanied by frostbite spiders. Attack each witch with all possible ways, until she dies. It is a good idea to collect their heads, because they might be useful in sidequests. 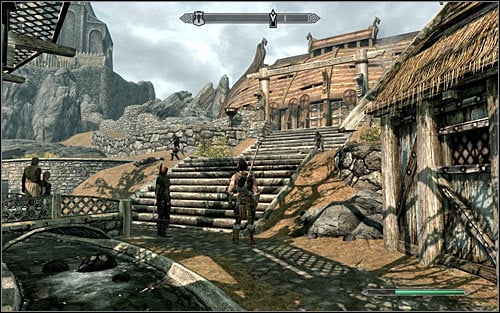 Regardless of whether you've killed only one witch or all of them, you have to leave Glenmoril Witch and return to Whiterun. After getting to the Jorrvaskr, it will turn out that the sanctuary was attacked while you were away by Silver Hand members. Fortunately they were defeated (screen above). 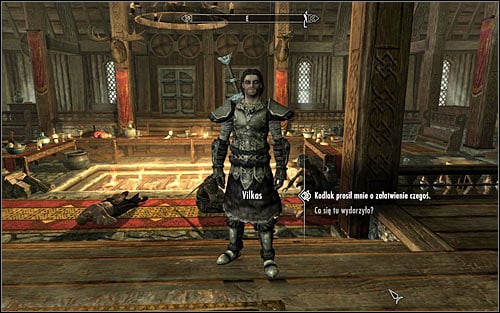 Enter the sanctuary, where Vilkas should run up to you (screen above). The shield-brother will tell you that werewolf hunters managed to kill Kodlak Whitemane and steal all fragments of Wuuthrad. Vilkas decided to attack the Silver Hand headquarter. As he wants to go there right away, you do not have to complete any additional missions to unlock the next major quest.