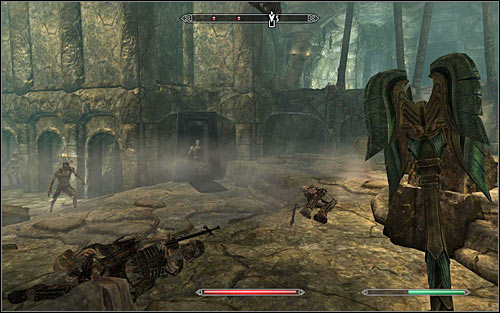 As you've probably guessed, draugr begin rising from side tombs (screen above). I suggest eliminating them as soon as possible, and that's because the game doesn't wait until you kill current attackers, but keeps sending next ones. So if you're not fast enough, you may end surrounded by a large group of these creatures. 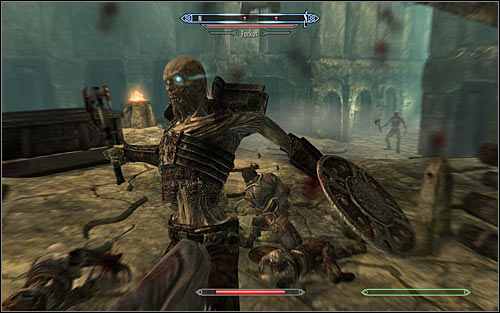 Among the draugr you'll find high ranked restless draugr, who is the strongest one (screen above). I do not recommend ignoring him, because his melee attacks can inflict huge damage. He is also using a shield, so killing him can be a challenge. Remember to heal your character regularly and use favorite skill or shouts. You have to fight until the last of opponents is dead. 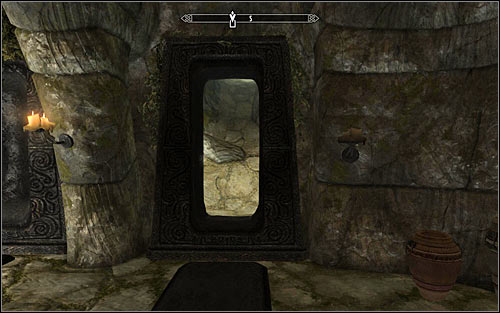 After winning the battle you might look around the chamber, finding a chest with very valuable items. Finally head south. Go up the stairs to the upper level and go through a small hole, crashed by one of draugr (screen above). Use the tunnel, getting to the passage leading to the Dustman's Cairn. Here you have to get to the lever. Pull it and you'll be able to return to the exit from this underground complex. 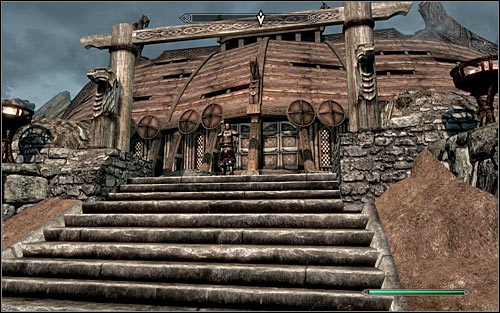 Leave the Dustman's Cairn, open the world map and travel to Whiterun. Once you get there, go to the Jorrvaskr sanctuary and after you get close to it, you should be stopped by Vilkas (screen above). The shield-brother wants you to follow him. 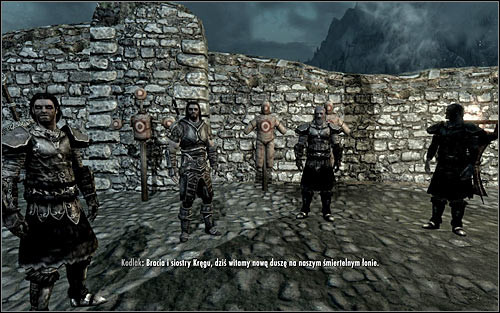 Follow Vilkas, who will run to the courtyard on back of the Jorrvaskr. The only thing left is to participate in a short ceremony (screen above), during which you'll officially become one of the Companions.

Same as with previous quest, unlocking the next major quest, The Silver Hand, will be possible only after completing any of Companions sidequests. In order to obtain one, you can talk to Farkas, Aela, Vilkas or Sjorn (in the meantime another quest activates Miscellaneous: Learn how you can help other Companions).