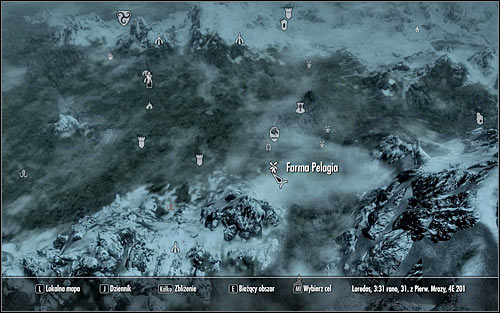 In order to activate first Companions quest, you can go directly to headquarter or first perform an action associated with finding out about their existence. Specifically, we are talking about meeting one of the shield-brothers outside Whiterun. It will happen probably at the game beginning, during traveling from Riverwood to Whiterun, while completing the main quest Before the Storm. A road to Whiterun goes through the Pelagia Farm (screen above), south from it, and you should stop right there for a moment. 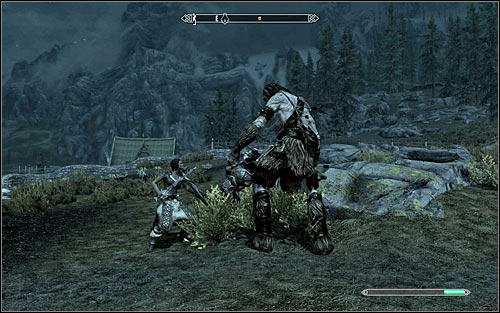 After getting to the farm you should see a group of people fighting with a giant (screen above). Fortunately you do not have to join the fight, because the giant will be automatically slain after you get closer. Once the giant is dead, Aela the Huntress or another shield-brother will run up to you, offering you a possibility to join their organization. This creates a new entry in your journal with the quest Miscellaneous: Speak to Kodlak Whitemane. 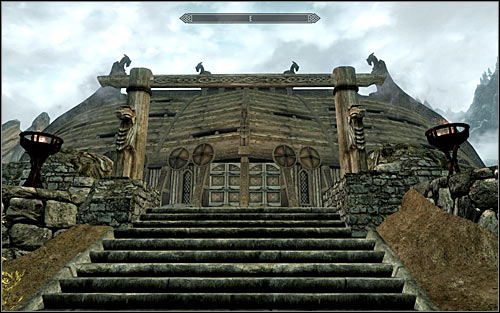 As I mentioned earlier, in order to find Companions headquarter, you have to go to Whiterun. Explore the north-western part of the city, getting to a quite large Jorrvaskr sanctuary (screen above). 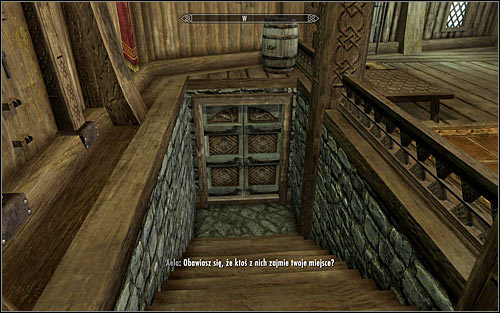 Once you get inside, you can witness a fight and depending on your preferences you can wait until it's over or talk to one of the shield-brothers, mentioning your will to join Companions clan. You'll be sent to Kodlak Whitemane and in order to find him, you have to use stairs leading to lower level of the sanctuary, to living quarters in Jorrvaskr (screen above). 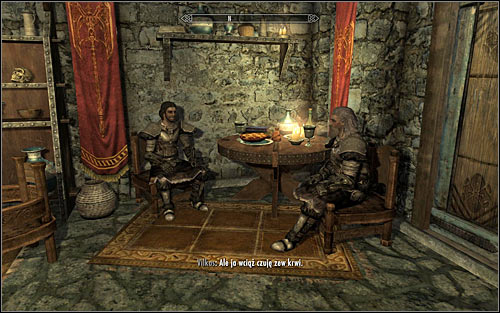 Kodlak Whitemane stays in the room the northernmost (screen above). Walk to him and during the conversation tell him that you want to join Companions order. Kodlak will agree to test your usefulness in battle, sending you on sparring with Vilkas and activating described quest. 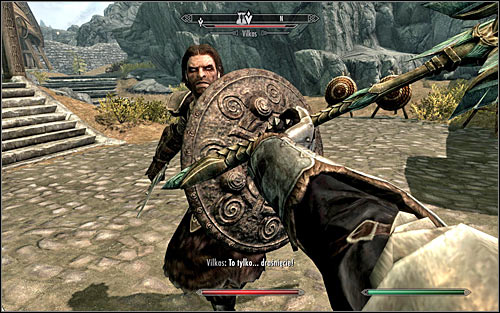 Follow Vilkas. He will leave living quarters and then use the eastern door to get to the Jorrvaskr courtyard. Listen for some preliminary instructions and then start fighting. Your task is to hit Vilkas at least three times with melee weapon (screen above). If you were using only ranged weapon so far, then you have to find any melee weapon to fight him. It is also important to know, that you are not allowed to use any weapon with magic abilities based on soul gems. After the training Vilkas will send you to a local blacksmith Eorlund to sharpen his sword. 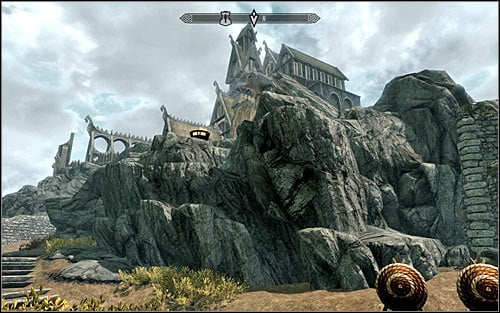 Eorlund's forge is not located inside the sanctuary, but on a small hill, north from this building (screen above). Talk to blacksmith, giving him a sword received from Vilkas. You'll learn from him that Companions order has no leader and every member is responsible for his own decisions. At the end he will ask you to take Aela's shield to her owner. Your reaction for this request doesn't matter. 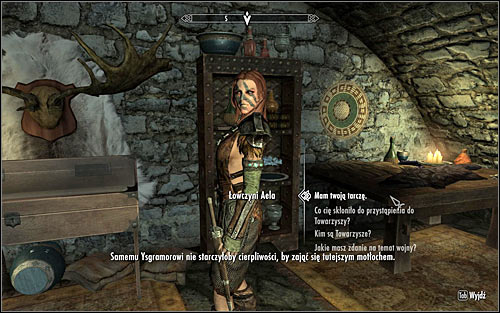 Return to the sanctuary. You can most likely find Aela in living quarters in Jorrvaskr (screen above). Start a conversation with her and give her a shield received from Eorlund. Listen for her short conversation, after which Aela will ask Farkas to show you a room with free beds for greenhorn recruits. 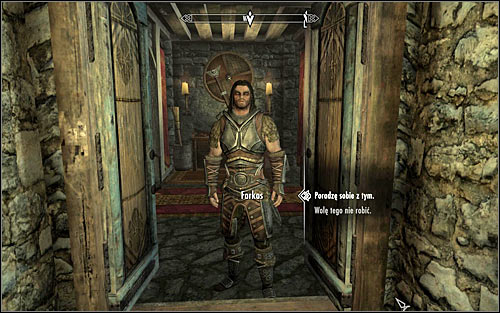 Follow Farkas, who will lead you to a room for recruits, located in the southern part of living quarters in Jorrvaskr. Before you can start another main Companions quest, Proving Honor, you'll be forced to complete any sidequest for Companions. Farkas will offer you such mission (screen above), but if you do not want to cooperate with him, you can go to Aela, Vilkas or Skjor to get a sidequest (in the meantime another quest activates Miscellaneous: Learn how you can help other Companions).