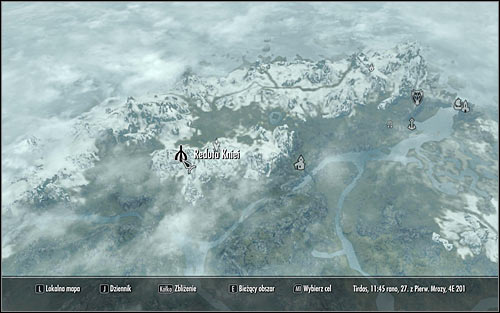 You can begin this task after completing the quest Miscellaneous: Receive a reading from Olava the Feeble. Open the world map and look for your target - Deepwood Redoubt (screen above). It is best to get there starting in Dragon Bridge, which lies to the east and then choosing a path leading to the mountains. Once you get there, prepare to eliminate few forsworn (watch out for forsworn pillager with magic abilities). After the fight, look for an entrance to the underground complex. 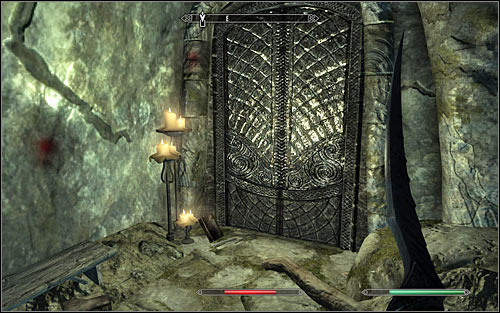 Start exploring this underground location, watching out for a trap on your way, triggered by a pressure plate. Soon you'll get to the larger cave. Prepare to eliminate few forsworn. Begin with closest one and then deal with opponents in the bridge visible in a distance (spells or ranged weapon). After the fight choose south-western corridor but watch out for a bowman and swinging blades. Mentioned trap can be easily bypassed with the Shout Whirlwind Sprint. In the next room avoid rune traps painted in the floor. You can pass them by or drag corpses on them, "detonating" them with no injuries. Look for a closed door (screen above). You can open it with lockpicks or obtain Deepwood Redoubt's key from a forsworn pillager in an adjacent room. 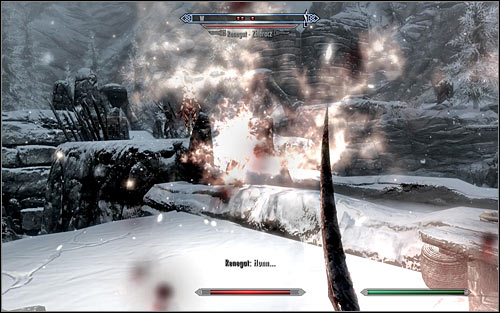 Enter the unlocked passage, watching out for another pressure plate. Walk through the bridge, previously occupied by forsworn. Eliminate other enemies and locate the door leading to Deepwood Vale. This location is vast and unfortunately you'll have to fight here very large group of forsworn (screen above). Attack you enemies from a distance and by surprise if possible, and when the battle begins, focus on eliminating mages. Watch out for additional enemies, who can join the fight running out from other parts of the valley of from tents. After the fight look for a gate leading to Hag's End. 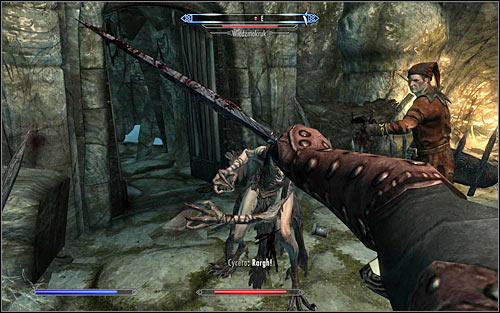 According to location's name, prepare for fights with witches. You'll encounter first group of them at a very beginning. Ignore standard witches and start attacking the hagraven (screen above). That is because the hagraven can cast powerful spells and summon other creatures. What's more this monster will disappear after you damage badly. After winning the fight, look around and then use the stairs leading to the upper level. 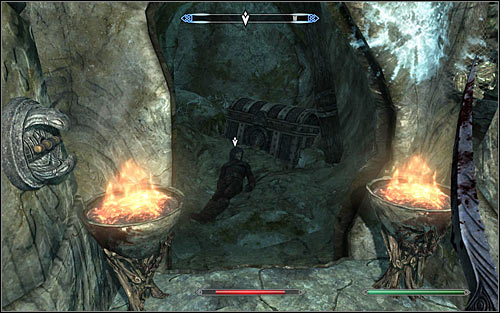 Watch out for a pressure plate activating the trap and get inside the room where you can prepare for similar battle as previously. So attack the hagraven first and once it disappears, deal with other witches. After winning the battle, approach the throne and look for interactive handle. Pull it, revealing a hidden alcove, where you'll find a dead Brotherhood assassin you're looking for (screen above). Pick up all elements of shrouded armor: Ancient Shrouded Helmet, Ancient Shrouded Armor, Ancient Shrouded Boots and Ancient Shrouded Gloves. You might also look into nearby chest. 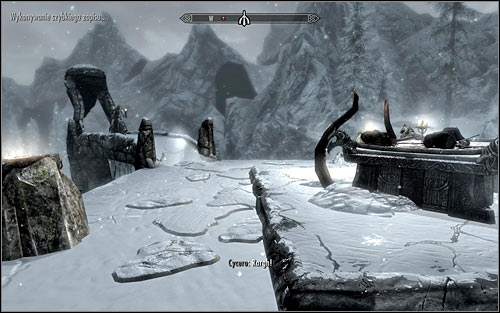 Despite the fact, that this quest has officially ended, I highly recommend completing the exploration of Hag's End, because there are more treasures hidden there. In order to continue exploration, you have to lower the bridge. Do not forget to open caches on your way (you will be able to return here with a key), watch out for traps and prepare to face the hagraven again. In the last chamber of Hag's End you'll find a Word Wall with new Word of Power. At the end go outside and fight a final duel with the hagraven (screen above). You can win it easily using the Shout Unrelenting Force and throwing the hagraven down. Do not forget to examine monster's corpse (you'll get a key to open caches you've passed by) and look into a chest near the altar with a dead witch.