Note! This quest is optional and you can start it after completing the quest The Silence Has Been Broken and all other side contracts. It is unlocked together with a contract Side Contract: Kill Maluril. 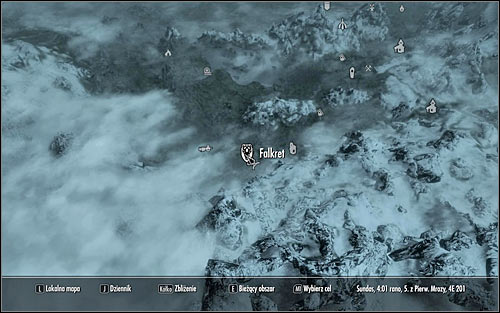 In order to unlock this quest, you have to ask Nazir for new contracts during conversation with him. It is worth noting, that this contract and others will be unlocked only if you have completed all previous side contracts. Leave the Dark Brotherhood's Sanctuary and open the world map. Helvard is the housecarl in Falkret (screen above), which is located near the Sanctuary and that's why it is probably already discovered by you. 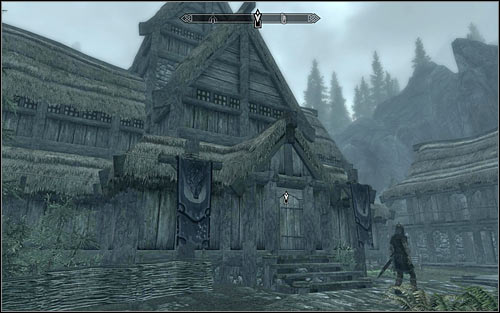 Helvard can be found during the day inside the Jarl's Longhouse next to the main street (screen above). I do not recommend attacking him when other persons are present, because in such situation you will be immediately attacked by guards, and even if you surrender, you'll have to pay the fine or go to jail. 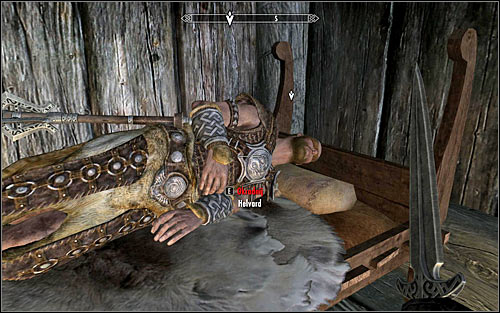 It is much better to stay in jarl's house and wait until the night, because Helvard should go to his room on the floor to get a rest. Wait until others do the same and carefully sneak into housekarl's room, closing the door behind you and approaching the bed (screen above). Get rid of Helvard in any way, stabbing him with a dagger for example or shooting an arrow in his head.

You can now return to the Dark Brotherhood's Sanctuary and report Nazir what you've done. If you're going to complete second contract received from him, you should return to the assassins' hideout only after completing them both. Nazir will reward you with gold.