Note! This quest is optional and a chance to get it will show up during completing the quest The Silence Has Been Broken. 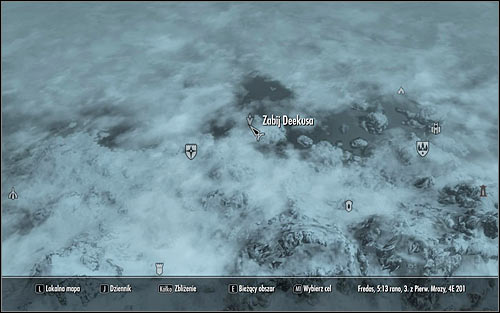 In order to unlock this quest, you have to ask Nazir for new contracts during conversation with him. It is worth noting, that this contract and others will be unlocked only if you have completed all previous side contracts. Leave the Dark Brotherhood's Sanctuary and open the world map. Deekus stays in the location named Hela's Folly (screen above). This place is located in the northern part of Skyrim and if you haven't unlocked it yet, you should start your travel in Dawnstar, lying close to the shipwreck. 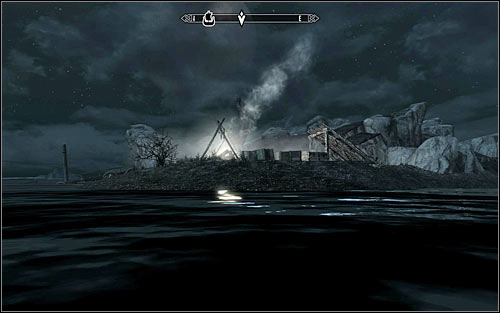 Deekus has set his camp on a small island near the shipwreck (screen above), which means that you have to swim there. Watch out, because you might encounter wild animals there. You do not have to worry about guards however, because the person you're looking for resides in complete wilderness. 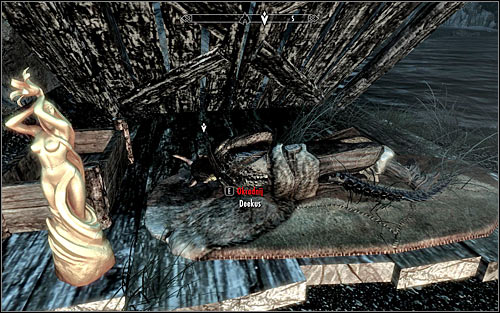 I strongly recommend waiting for the night, because Deekus should go to sleep then. Crouch and carefully approach him (screen above), watching out for bear traps set in this area. Get rid of Deekus in any way, stabbing him with a dagger for example or shooting an arrow in his head.