Note! This quest is optional and a chance to get it will show up during completing the quest Whispers in the Dark. 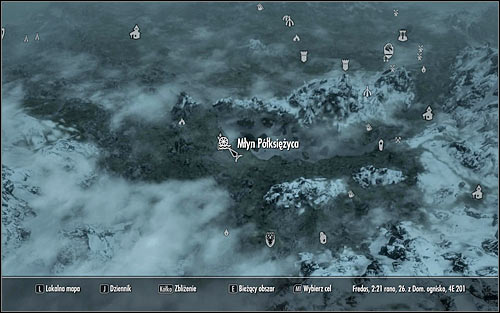 In order to unlock this quest, you have to ask Nazir for new contracts during conversation with him. It is worth noting, that in order to unlock next main Dark Brotherhood quest, The Silence Has Been Broken, you have to complete at least one of the side contracts (I suggest completing all of them). Leave the Dark Brotherhood's Sanctuary and open the world map. Hern stays in the location Half-Moon Mill, which is unfortunately located far from major settlements (screen above). The best solution is to start your travel near the village Falkret or next to the Dark Brotherhood's Sanctuary and head north. 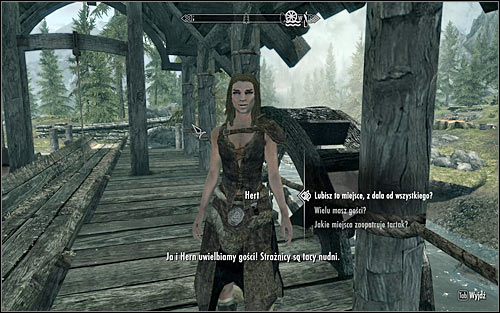 Hern is a vampire, so choosing a strength solution is even less advisable as in previous assassinations. But that is not only difficulty. Also Hert, his wife, who stays in this location too, is a vampire (screen above). Hern himself very rarely goes to sleep to a small hut, which additionally is closed. 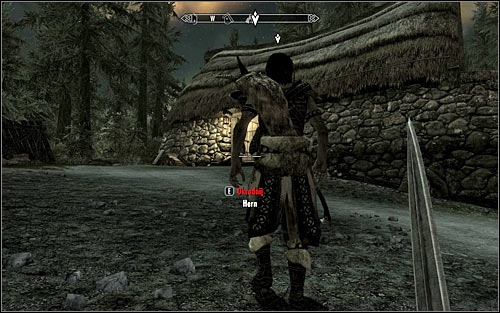 Most sensible solution is to eliminate Hert when he is outside the hut. If you plan to attack him by surprise, then wait until he is alone (usually it is in the evening) and attack him from behind (screen above), preferably by stabbing him in the back. If you prefer direct combat, then attack the vampire during the day, because these creatures become stronger by night. In such situation, after winning the battle, check yourself for injuries which may result in transforming you into a vampire. If so, purchase a cure potion or heal yourself in other way.