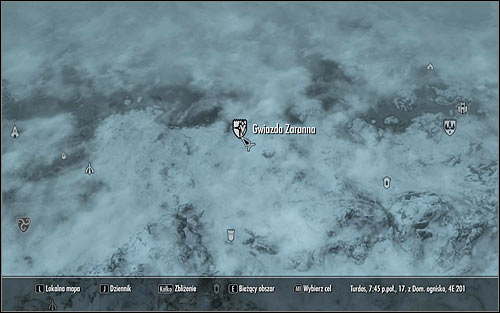 In order to unlock this quest, you have to ask Nazir for new contracts during conversation with him. It is worth noting, that in order to unlock next main Dark Brotherhood quest, Mourning Never Comes, you have to complete at least one of the side contracts (I suggest completing all of them). Leave the Dark Brotherhood's Sanctuary and open the world map. Beitild can be found in the settlement named Dawnstar (screen above), located in the northern part of Skyrim. Travel there now. 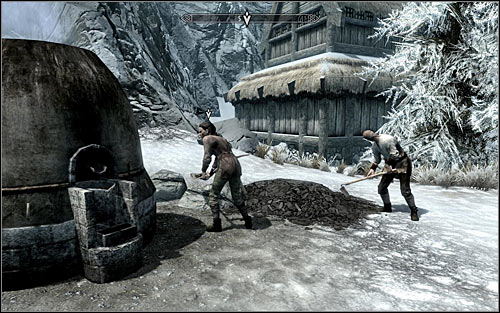 Beitild is an owner of the mine, which means that she spends almost entire day with other workers (screen above). Do not attack her then, unless your character is able to sneak well and attack from a distance. Otherwise you will be immediately attacked by local guards and even if you surrender, you will have to pay a fine or go to jail. 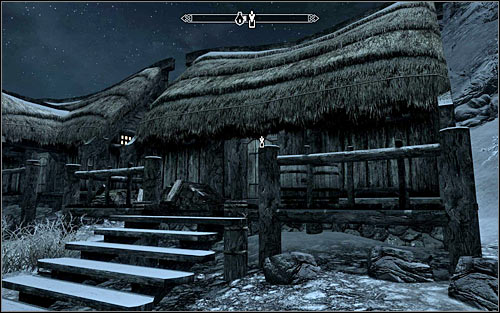 It is much better to wait until night, because Beitild should go then to sleep to her hut near the water (screen above). Walk to the hut's door, crouch and make sure, that you're hiding. Now break a low difficulty level lock. 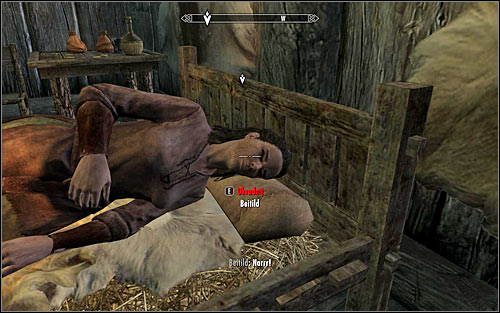 Once you get inside the hut, crouch and start sneaking towards the bed, where Beitild sleeps. It is worth using the complete Shrouded Armor, which you've received from Astrid at the end of the quest With Friends Like These (or other, better parts if you have them). Get rid of Beitild in any way, stabbing her with a dagger for example or shooting an arrow in her head.