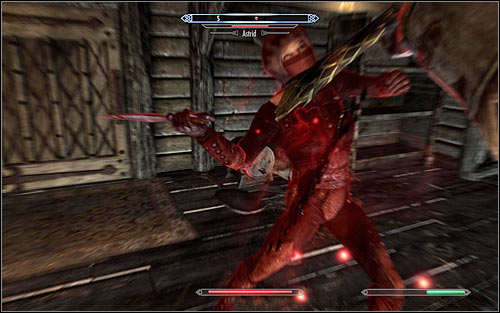 A chance to activate this quest will appear only during the quest With Friends Like These, where you have to prove your usefulness to the Dark Brotherhood (even before the official joining this organization). You have to lead to a situation, where you'll be kidnapped by Astrid and forced to kill one of the persons held in abandoned shack. Do not kill prisoners but attack the assassin instead (screen above). Be careful though, because Astrid has a dagger which drains life energy and she is very agile. Described quest will be unlocked when Astrid is dead.

Note: Attacking Astrid cancels your all chances of further cooperation with the Dark Brotherhood! 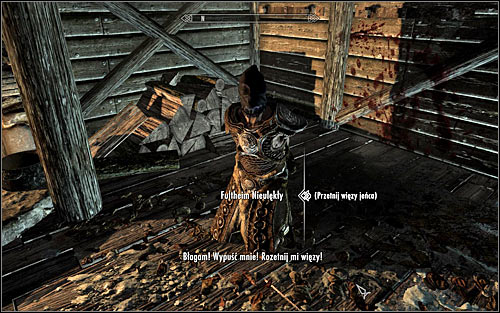 After winning the fight examine Astrid's corpse and pick up an abandoned shack key. You should also consider picking up a valuable Blade of Woe. Before you leave this place, I suggest walking to prisoners held here and releasing them after conversation (screen above). 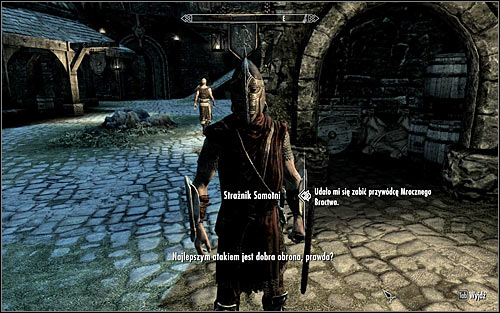 You can now exit the abandoned shack. Note, that current objective doesn't specify the guard you have to report to. So you can go anywhere, to Solitude for example, located not far from here. Walk to one of the guards and during a conversation tell him about killing Astrid (screen above). You'll be sent then to commander Maro. 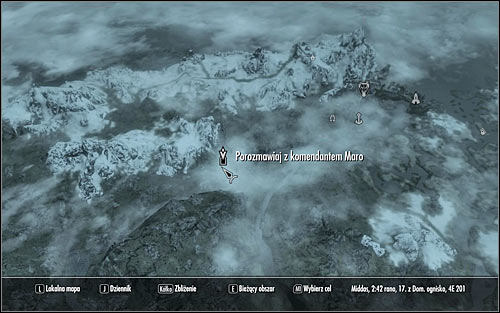 Open the world map. A person, you have to talk to, is located in a small settlement called Dragon Bridge, in the north-western part of Skyrim (screen above). If you've already unlocked this location, then you might use fast travel option. Otherwise you should start your journey in Solitude and then choose a main road leading west. 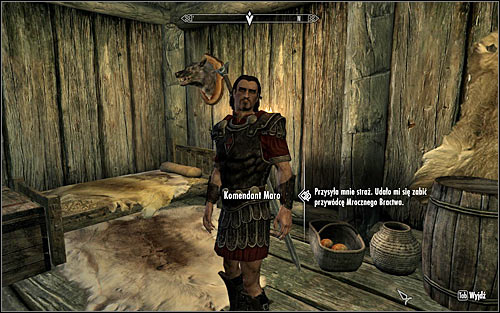 Once you get to your destination, enter the building marked by the game - the Penitus Oculatus Outpost. Locate commander Maro and tell him about killing the leader of the Dark Brotherhood (screen above). The man will be glad and ask you to get rid of the rest of assassins, giving you a password needed to get into their hideout.

New primary objective: Kill everyone in the Sanctuary! 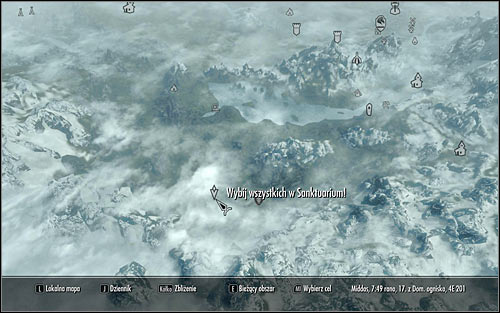 Exit the building and open the world map. Your current target, the Dark Brotherhood's Sanctuary, is located in the south-western part of Skyrim (screen above). The easiest way to get there is to start in the nearby settlement called Falkret and then head west. 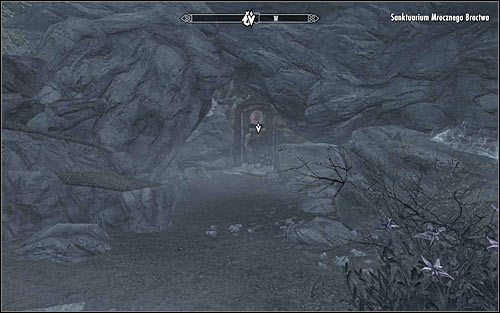 An entrance to the Dark Brotherhood hideout is hidden between rocks (screen above), but you shouldn't have any problems with finding it. Approach the Black Door guarding an entrance and interact with it. A gate keeper will ask you for a password and you have to select first upper dialog option, Silence, my brother. 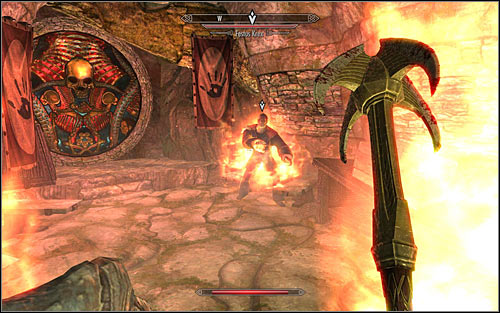 There are five assassins in total inside the Dark Brotherhood Sanctuary, which have to be eliminated. I suggest attacking them one by one, because every duel will be a challenge. You'll probably encounter Arnbjorn first. After eliminating him, take care of all other members of the Dark Brotherhood. You should watch yourself mostly fighting Festus Krex (screen above), because this mage can cast powerful spells. 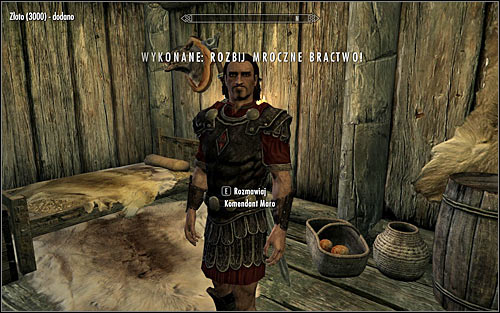 Before you decide to leave the Dark Brotherhood's Sanctuary I suggest looking for additional items, especially useful for a thief. You can also find Skill Books and Word Wall where you can learn a new Word of Power. You can now return to Penitus Oculatus Outpost in Dragon Bridge. Tell commander Maro news about killing all Dark Brotherhood members (screen above) and collect your reward - 3000 gold pieces.