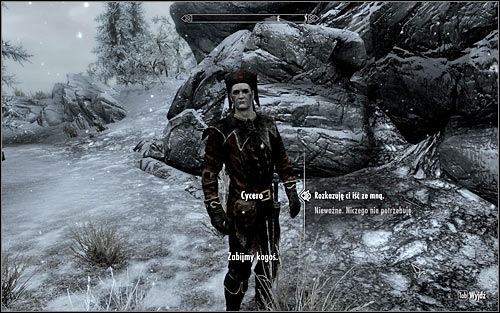 Leave Dawnstar Sanctuary. If you've spare Cicero's life previously, then you should meet him here right now (screen above). Do not worry though that he will be hostile to you. What's more, you can even invite him to join you (screen above)! 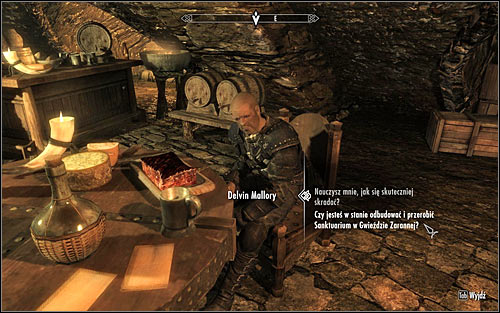 Open the world map and travel to Riften. In order to get to the Ragged Flagon, where Delvin Mallory stays, you have to go through the Ratway. An entrance is located in the lower level of the city. After reaching the inn, find Delvin, start a conversation with him and ask him for help in rebuilding the Sanctuary (screen above). You can now decide whether you want to buy all upgrades from the list or only few of them, spending for this purpose gold received thanks to elimination of the emperor. 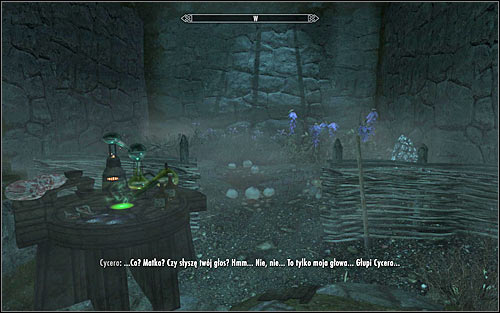 Buying new banners will modify the Brotherhood hideout only visually. Buying Poisoner's nook results in small plant allotment and an Alchemy Lab in the Dark Brotherhood's Sanctuary (screen above). 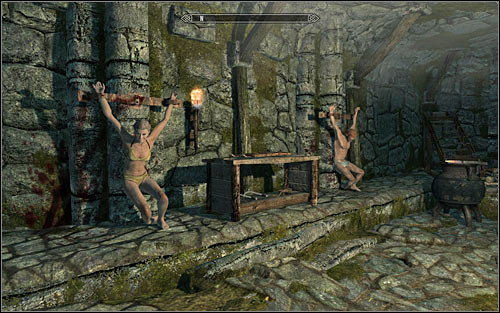 If you buy a Torture Chamber, then the chamber where you've fought Cicero previously will be filled with torture tools. What's more, four prisoners will be hang there, which could tell you about their hidden treasures (screen above), unlocking sidequests Miscellaneous: Take the hidden treasure. 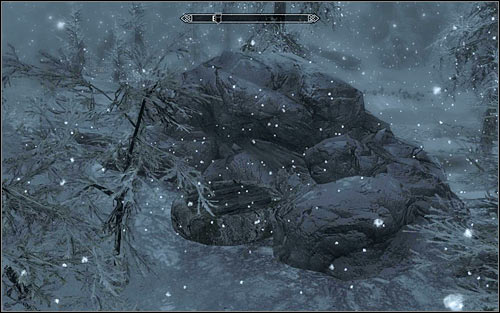 Buy a Secret Entrance to unlock a new method of getting inside and outside from Dawnstar Sanctuary. An entrance to the hidden tunnel is located near rocks next to Dawnstar settlement (screen above). Inside the Brotherhood hideout you have to interact with a large stained glass in the main chamber to get inside the tunnel. 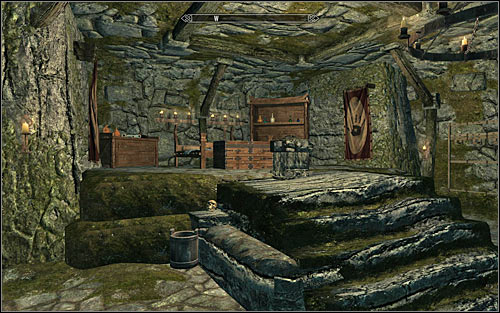 After buying the Master Bedroom, one of the chambers in the Brotherhood hideout will get a large bed and many valuable items (screen above).

Once you buy all these things, the quest ends and starting from this point you'll be only able to deal with minor orders associated with the Dark Brotherhood.