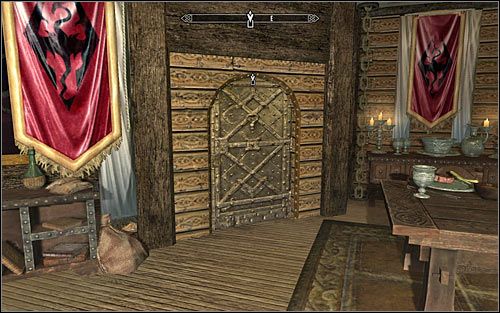 Before you decide to return to Amaund, I strongly recommend exploring the entire ship in search of valuables. Ship exploration will be also possible in the future, so it is not a "must" right now. The most valuable items can be found of course in the emperor's cabin: in closet cabinets and in his bedroom. When you're done with exploration, I suggest using the exit located in the emperor's cabin (screen above). 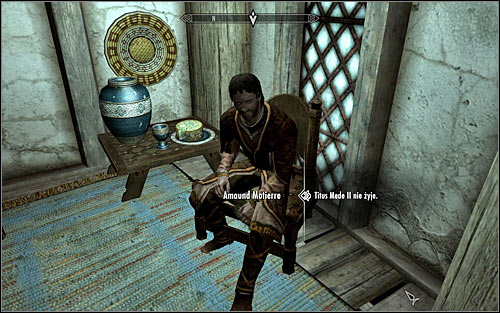 Open the world map and return to Whiterun, heading to the Bannered Mare inn. Go to the room where Amaund Motierre stays and inform him about assassination of the emperor (screen above). He will tell you that a reward for completing this contract awaits you in the same place you've met for a first time, which are Volunruud ruins. 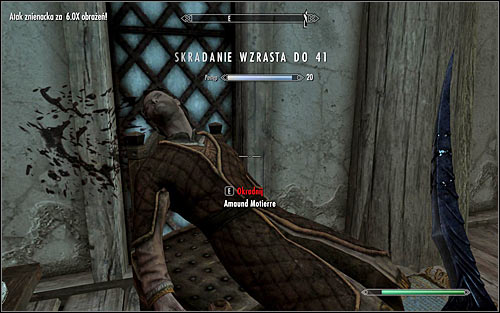 You can now fulfill last emperor's wish and decide to murder Amaund Motierre. Before you assassinate him, do not forget to wait until the night and close the door, so no one can see you. A single attack by a surprise should be enough to kill Amaund (screen above). Do not forget to examine his corpse, because he has few jewels with him. 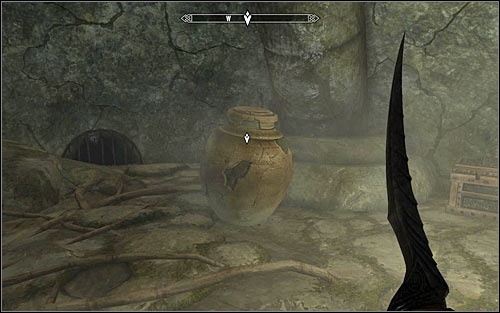 You can now leave the inn (close the door behind you, so no one can see the Amaund's corpse) and open the world map. Decide to travel to Volunruud tomb. Eliminate a skeleton in the first corridor and then go to the chamber, where you've first met Amaund. Approach a large urn (screen above) and collect 20000 gold pieces. 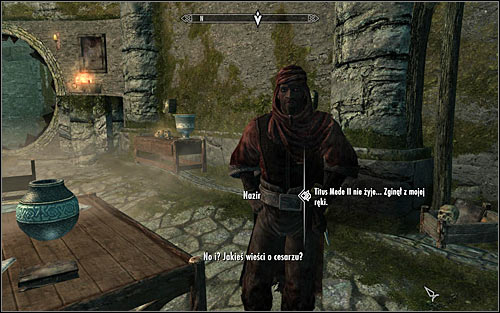 Leave the tomb and select fact travel option to previously explored Dawnstar Sanctuary. Once you get there, go inside and look for Nazir in one of the largest hideout chambers (screen above). It doesn't matter if you tell him the truth or lie about how big amount of money you got for killing the emperor. Nazir will be glad hearing about completing the last contract and share with you plans on rebuilding this Sanctuary. He will also ask you to contact Delvin Mallory in Riften again, who can help Nazir in his plans (not for free of course).

The Dark Brotherhood unlocked quest: Where You Hang Your Enemy's Head