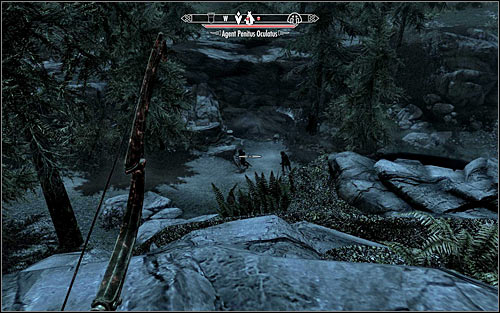 Before approaching the Dark Brotherhood's Sanctuary I suggest to wait for the night, because it will make easier planning your further actions. The entrance to the Brotherhood hideout is guarded by fur Penitus Oculatus agents and if you're lucky, you can attack by surprise at least few of them (screen above). Once the fight begins, focus on eliminating mages and archers first. Make sure that you've eliminated all opponents and then move to the main entrance to the Sanctuary. Once you get there, you'll learn that the hideout is being attack, so you can only try to save those fellows who have not yet died. 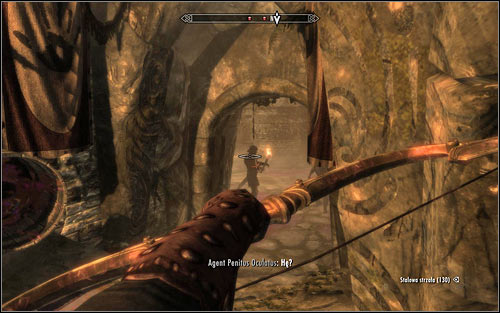 Start exploring the Sanctuary. You'll encounter two Penitus Oculatus agents in the first room (screen above) and you should be able to attack them by surprise with no problems. Go to the main cave now. Do not try to save Arnbjorn, because you won't make it. Instead be ready to eliminate two more agents - an archer and a warrior. Head progressively toward the dining room (a path is very linear because other corridors are blocked by flames). 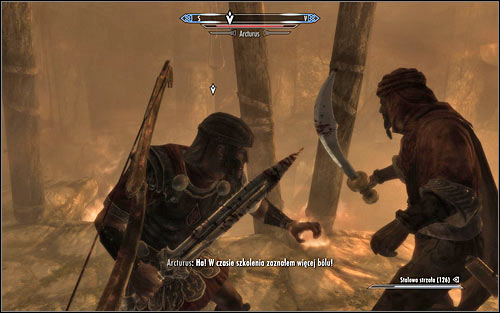 After reaching the dining room you should hear battle sounds coming from the sleeping room. Quickly use the stairs to get to the upper level and help Nazir to get rid of the person he's fighting with - Arcturus (screen above). This character is tougher than regular agents, but he is busy attacking your ally, so you do not have to fear him. After the fight talk to Nazir, who suggests fleeing the burning Brotherhood hideout as soon as possible. 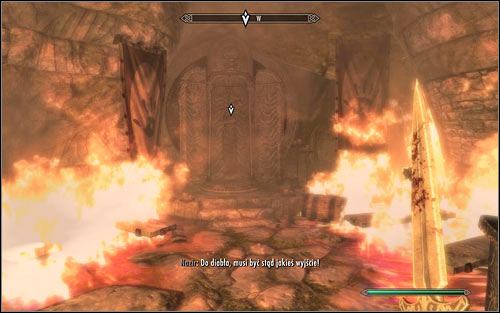 Fortunately you do not have to think too much here - just follow Nazir. The Night Mother will "speak" to you on your way, inviting you to her coffin. Wait until you get there and the approach the sarcophagus (screen above), closing yourself inside. A longer cutscene awaits you, during which you have to rely almost exclusively on your her sense. At the end the Night Mother will ask you to find Astrid. 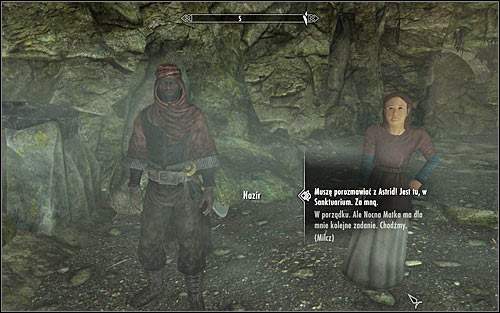 First you have to talk to only surviving members of the Brotherhood, Nazir and Babette (screen above). Inform them that according to the Night Mother, Astrid stays somewhere in the Sanctuary. Head towards already secured first chamber of the hideout. 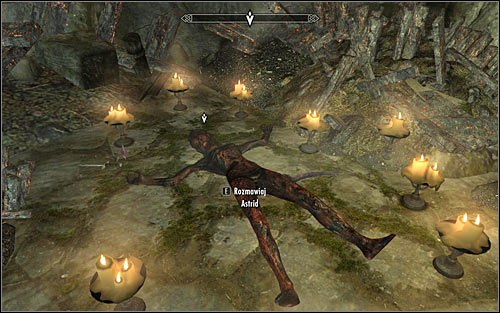 Once you get there, turn right twice and you'll get to the room with dying Astrid (screen above). You'll learn from her that she was the one to betray you, trying to save the Brotherhood from extinction. In the meantime she understood her mistake and now she wants to atone for it. It doesn't matter how you react to the news of Astrid's betrayal, but at the end of conversation she will ask you to kill her. 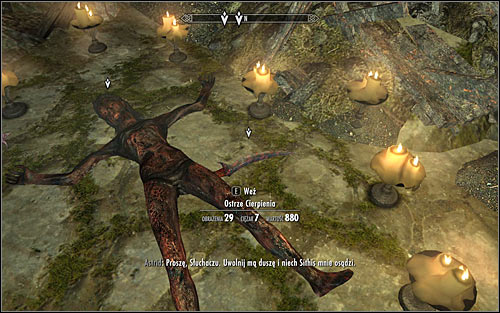 Look for the Blade of Woe lying next to Astrid and pick it up (screen above). This item is a perfect dagger, although you do not need necessarily to use it to kill Astrid. Listen to comments of gathered people about Astrid's betrayal. 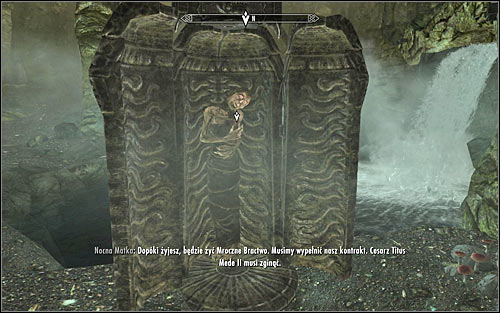 Return to the main chamber and look for the Night Mother's sarcophagus (screen above). Approach the coffin and listen to her speech. It turns out that she wants the contract to be fulfilled - you must trace down the real emperor. You'll learn also that previously met Amaund Motierre should help you in this task.