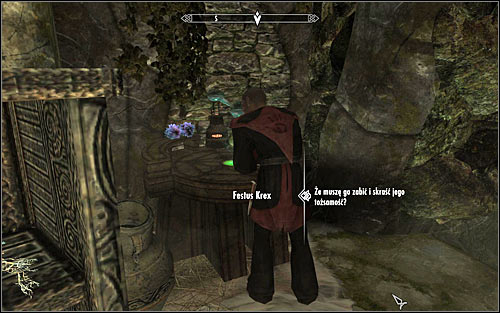 Look for Festus Krex in the Dark Brotherhood's Sanctuary and start a conversation with him, to ask about details of a new contract (screen above). There is a plan to murder a personal emperor Tamriel's chef, known as Gourmet and then replace him. As Festus doesn't know who Gourmet is, you'll have to ask Anton Virane about it. He lives in Markarth. At the end of conversation Krex will tell you that you can get a bonus, if you hide Gourmet's corpse well after assassinating him. 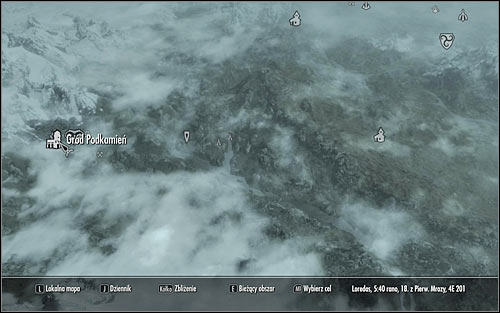 Leave the Dark Brotherhood's Sanctuary and open the world map. Anton Virane is a cook in the Understone Keep (screen above), but if you haven't unlock this location yet, you can move to Markarth and then walk to the huge entrance to the keep. 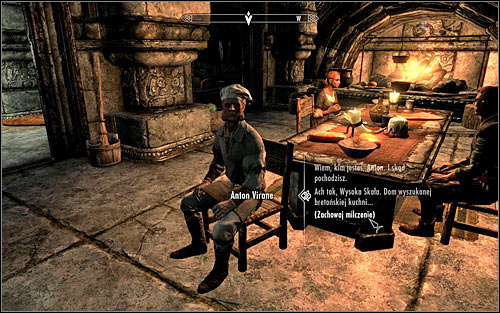 Once you get inside the Understone Keep, go to the south-western part of this area, reaching a kitchen. Find Anton Virane here and start a conversation with him (screen above). The man initially doesn't want to cooperate and will change his mind only after you telling him, that you're the Dark Brotherhood member. Virane will then tell you that Gourmet is in fact and orc named Balagog gro-Nolob and he is actually staying at the Nightgate Inn. 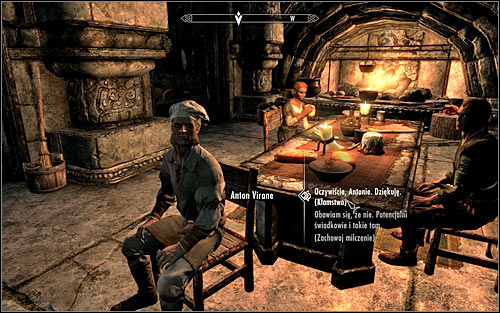 At the end of conversation Anton will beg you of course to let him live. Such an option is unacceptable, although it is better to lie, promising to leave him alone (screen above). If during the conversation you say that he has to day, Virane will start fleeing from you and that fact will increase the risk of being noticed by local guards. In such a situation you would have to figure out if you want to flee after assassinating Anton or pay a fine or go to jail. 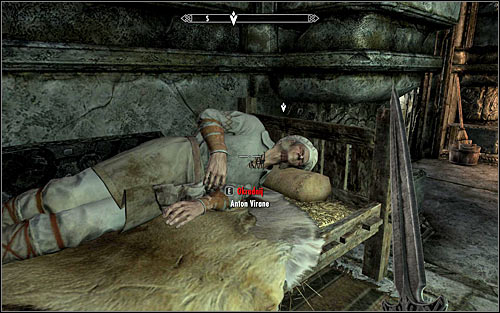 If you've promise Anton not to kill him, you have to wait until dusk, because he should go to sleep then. Crouch and carefully approach his bed (screen above). Make sure that you're in hiding and that no one is coming in this direction. You can now assassinate the cook, by stabbing him with a dagger or shooting an arrow into his head. 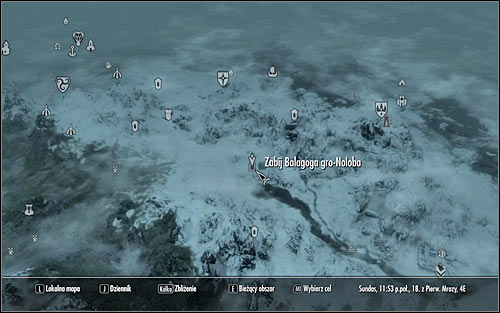 Leave the Understone Keep and open the world map. The Nightgate Inn is located on the hill in the north-eastern part of Skyrim (screen above). If you've already discovered this place, then you should use fast travel option. Otherwise you should start your travel in Windhelm (head west) or next to the Loreius's farm (head east). 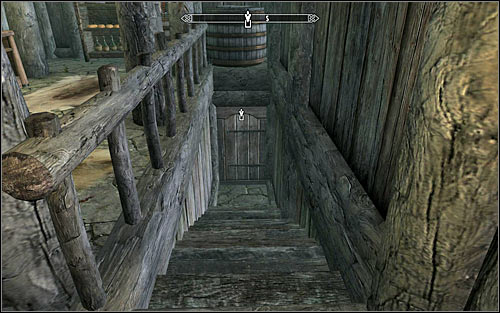 After getting to the inn, you have to locate Balagog gro-Nolob. A most likely scenario is that orc can be found inside the inn. Look for the stairs leading to the cellar (screen above). Since Balagog is not demanding opponent, you can defeat him in melee combat, though it is better to perform a surprise attack (when he gets rest for example). 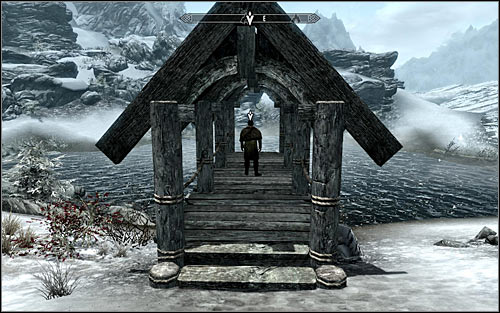 Less likely variant is that Balagog can be found outside the inn and in such case you'll probably come up on him by the lake (screen above). In this case you can simply sneak up him from behind and stab him in the back. 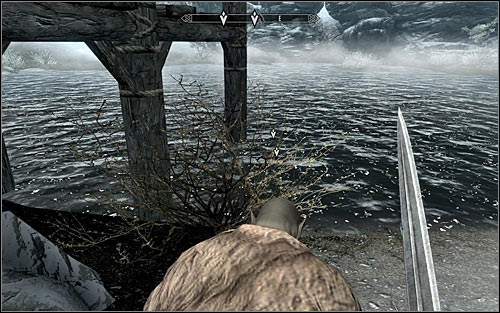 I recommend searching orc's corpse, picking the Gourmet's Writ of Passage. When it comes to hide his corpse, it is very simple. You have only to drag it to the place marked by the game. Inside the inn's cellar it is probably one of the corners, and outside the inn it is an area next to the lake (screen above). In order to grab Balagog's corpse, you have to hold E key. After dragging the corpse to the proper place, you'll complete optional objective. Do not forget to let the corpse go after that. 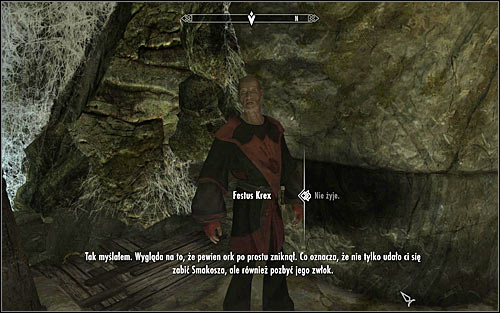 You can now open the world map and decide to travel to the Dark Brotherhood's Sanctuary. Find Festus Krex and report back about the mission (screen above). If you've completed both objectives, that is you've killed Gourmet and hidden his corpse, you'll receive two rewards: gold and very valuable Nightweaver's Band. In order to get the next task, you have to talk to Astrid.

The Dark Brotherhood unlocked quest: To Kill an Empire