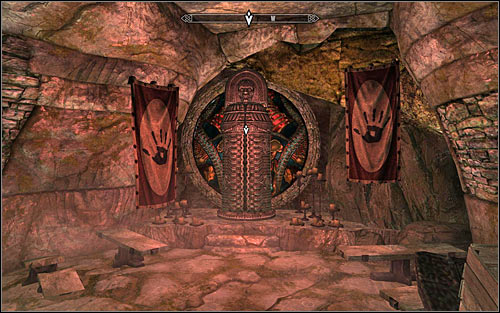 Head to the main cave of the Dark Brotherhood's Sanctuary and choose a passage leading north-east. After getting to the upper level, turn right when possible and soon you'll reach a place where Cicero installed the coffin (screen above). In order to open it, you need at least one lockpick but fortunately it has the lowest difficulty level. After a successful action, approach the Night Mother and the main character will automatically close the coffin. 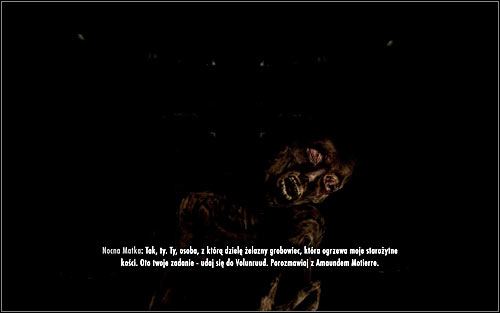 You do not have to do anything for a while, just listen to Cicero speech. Soon, however, you'll witness quite unexpected turn of events, because the Night Mother herself will talk to you (screen above). From the "conversation" you'll learn that the Night Mother wants you to go to the location named Volunruud and find Amaund Motierre. 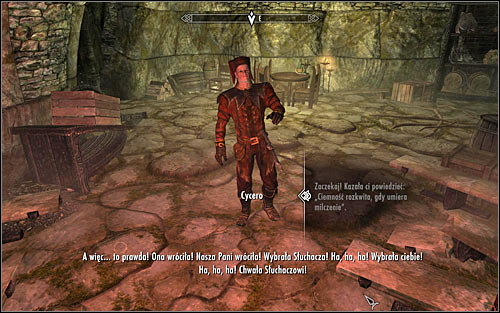 The main character pops out of the coffin soon, what of course will irritate Cicero. But do not worry that he will attack you. The jester will radically change his attitude to you, after learning that the Night Mother has chosen you to be the Listener (screen above). 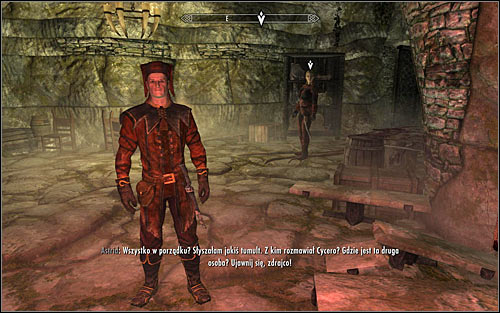 You do not have to look for Astrid because she should be here in a moment (screen above). The assassin won't let you go immediately in a search for the person the Night Mother mentioned. As a result you'll be forced to complete few more side contracts.

New primary objective: Receive a side contract from Nazir 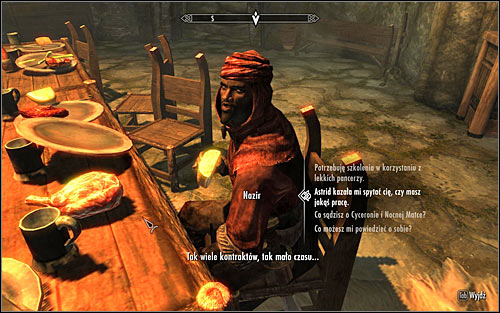 Look for Nazir in the Dark Brotherhood's Sanctuary and ask him for new contracts (screen above). Note - if you haven't completed previous contracts yet, you must first take care of them! Nazir will order you to assassinate two more persons but will warn you however, that elimination of at least one of them (a vampire) may be a little harder.

You'll be able to start another Dark Brotherhood main quest (The Silence Has Been Broken) after completing one of side contracts mentioned above. Of course it would be best to eliminate both persons indicated by Nazir.