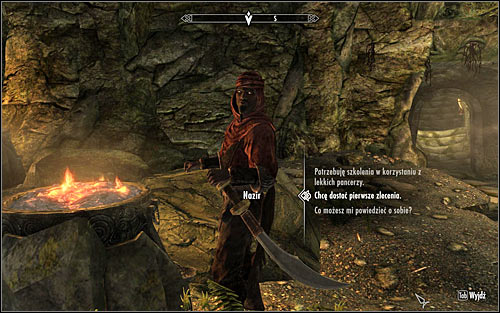 You'll probably find Nazir in the main cave of the Dark Brotherhood's Sanctuary or in the dining room. Start the conversation and ask him about assigning you with the first contracts (screen above). Nazir will give you three contracts, unlocking the Dark Brotherhood sidequests connected with them. 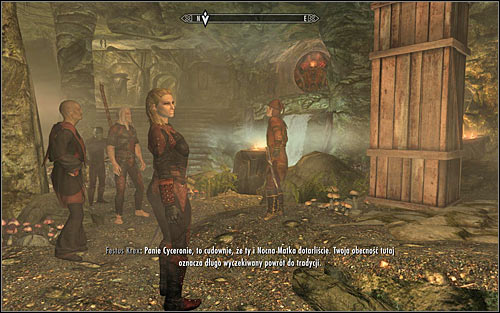 You'll be able to start another major quest of the Dark Brotherhood only after completing one of the above mentioned side contracts. Of course it is best to murder all three people, so that later in the game you'll easily unlock other optional contracts. Regardless of how many contracts you've completed, return to the Dark Brotherhood's Sanctuary to watch a new cutscene in the main cave (screen above) and activate the quest Mourning Never Comes. You can now proceed to the description of the next quest.