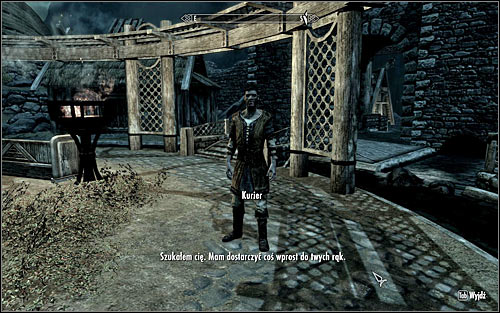 You can return to your plans of joining the Dark Brotherhood after executing the contract in the quest Innocence Lost and leaving Windhelm. Shortly after reaching some other location in the game, a courier should run up to you, giving you a mysterious note (screen above). Open your inventory, go to the Books category and take a look at the note, which has an imprint of the hand on it and a sign "We Know". 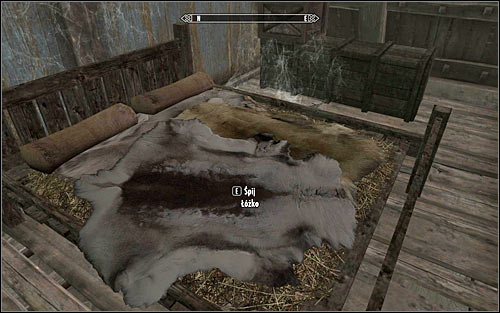 You must now use any bed in the game world. It is important that this bed doesn't belong to anyone else, so choose a bed in friendly fraction hideout, in your house (screen above) or in a tavern. It doesn't matter how long you'll sleep. 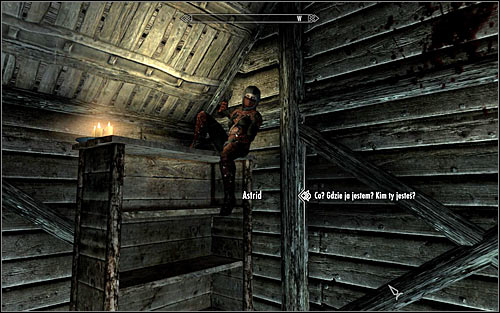 If you've done everything according to the plan, then during your sleep you'll be captured by Dark Brotherhood member named Astrid and transported to an Abandoned Shack (screen above). During conversation with Astrid you'll find out that contract for killing Grelod the Kind was assigned earlier to another Dark Brotherhood assassin, so you've thwarted his designs. Astrid says that this murder must be paid back and will demand from you to kill one of the people held in the shack.

The Dark Brotherhood unlocked quest: With Friends Like These

New primary objective: Kill one of the captives 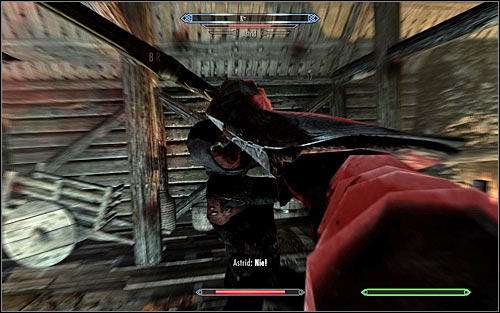 If, for some reason, you want to change your mind and opt out of joining the Dark Brotherhood, do not even try to deny Astrid during the conversation, because it will not work. In this situation the only solution is to attack the assassin (screen above). But you have to know that this will make joining the Brotherhood impossible and Astrid is very difficult to defeat. Killing Astrid will lead to unlock the quest Destroy the Dark Brotherhood and you'll find details in its description. 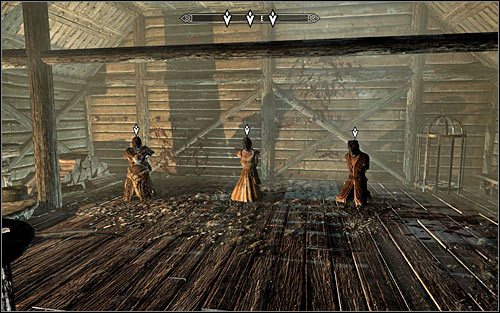 The most obvious solution is to agree for Astrid's demands. There are three people held in the shack (screen above): Fultheim the Fearless, Alea Quintus and Vasha. You should have a short conversation with each of them. It is not required but you can improve your Speech ability this way, because the game will allow you to use persuasion or intimidation. 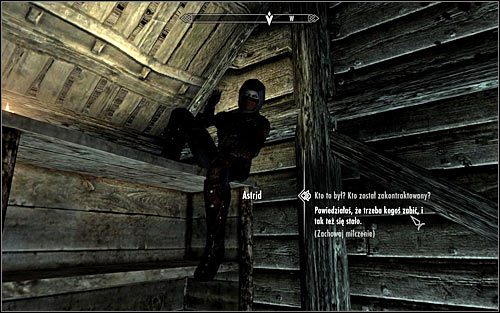 As you've probably guessed yourself, it doesn't matter which person you kill, because during the conversation Astrid just said that you must kill someone. She didn't want you to determine, which prisoner deserves most to be killed. The assassin will give you key to the Abandoned Shack and invite you to join the Dark Brotherhood, giving you exact location of headquarter and revealing the secret password needed to access it. 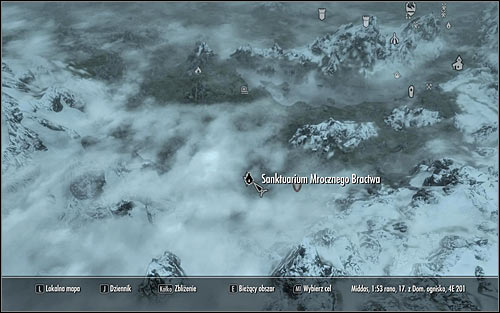 Use the key to exit the Abandoned Shack and open the world map. According to the information given by Astrid, the Dark Brotherhood's Sanctuary is located in the southwestern part of Skyrim (screen above). The easiest way to get there is to use Fast Travel to the nearby city of Falkret and then head west. 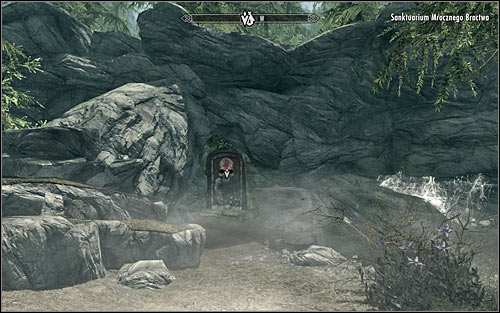 The entrance to the Dark Brotherhood hideout is hidden among the rocks (screen above), but nevertheless you should not have big problems with finding it. Walk to the Black Gate guarding the access to the hideout and interact with it. Gate guard will ask you for the password and then you have to choose the first option from the top: Silence, my brother. 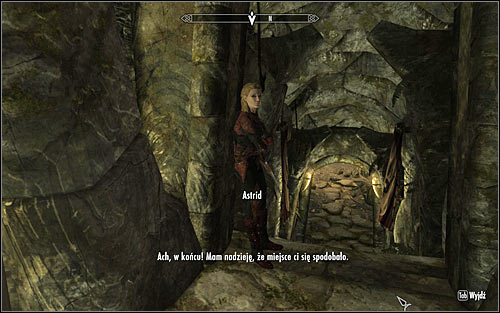 You can now enter the Dark Brotherhood's Sanctuary. Go to the first chamber of the underground hideout, where you'll be welcomed by Astrid (screen above). Astrid will give you valuable parts of equipment, which will be very helpful in future killings: Shrouded Armor, Shrouded Boots, Shrouded Gloves and Shrouded Helmet. While waiting for Night Mother, Astrid will send you to meet Nazir, who has several minor contracts for you and now you should be interested in completing this quest (Sanctuary). Note - use this free time to familiarize with the entire Dark Brotherhood's Sanctuary. It is particularly worth to look for additional items useful for an assassin (taking them will not be treated as theft), books improving your abilities and a Word Wall with a Power Word on it.