Note! Completing this quest will draw The Dark Brotherhood's attention on your character, so you'll be able to join them later. But before you start this quest, make sure that you've completed the previous one, described in this part of the guide (Delayed Burial), because after joining the Brotherhood it will be not possible. 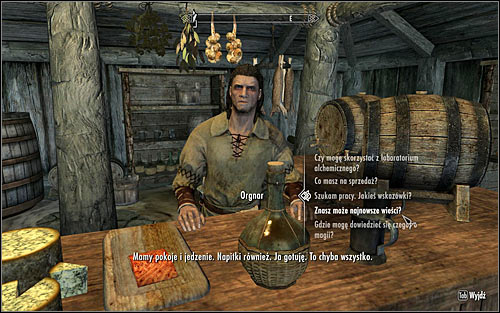 There are many ways to find out about this quest. One of the easiest methods is to go to any of taverns in the game world and ask the innkeeper about interesting gossips (screen above). With a bit of luck you'll learn about a boy named Aventus Aretino, living in Windhelm. He apparently wants to contact the Dark Brotherhood and sentence someone to death. 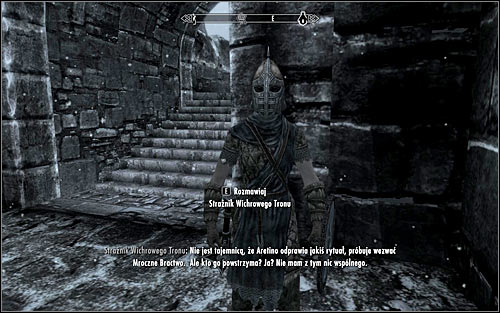 Another easy method to find out about this quest is to go to the Windhelm and find any of Windhelm Guards, who would tell you a similar rumor (screen above). Less obvious variant is to travel to Riften. You could talk there to Maul and ask him about the Dark Brotherhood (bribe or Speech) or enter the Honorall Orphanage building and talk to any child there.

Regardless of your behavior, you should see a new sidequest in your journal - Miscellaneous: Talk to Aventus Aretino. 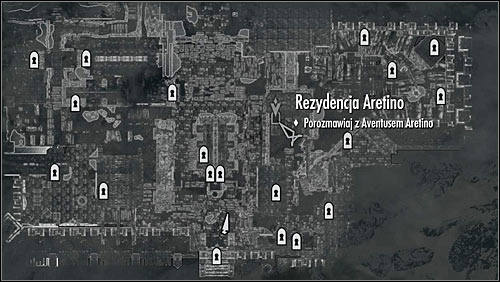 You can now go to Windhelm. After reaching the destination, locate the Aretino Residence in its eastern part (screen above). 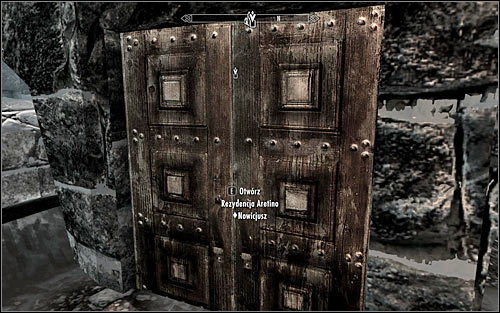 Further action should be taken up at the night, because Aretino Residence is closed during the day. Once you get to the residence, wait until people standing near to it (Grimvar and Odesa Sadri) will walk away. Then proceed with your action (screen above). The main door has a weak level lock, so you should be able to open it even if your character is not a thief (remember to have at least one lockpick in your inventory). 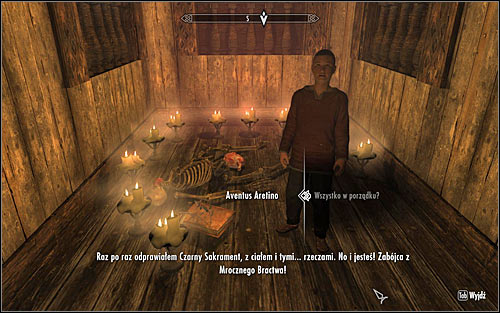 Enter the residence and walk up the stairs. Move to Aventus Aretino chanting The Black Sacrament in order to talk to him (screen above). It doesn't matter whether you'll try to chat with him or keep silent during the conversation, because in both cases you'll learn the same. The boy wants Grelod the Kind, a matron of the Honorall Orphanage in Riften, to be dead, because she is abusing children in the orphanage. 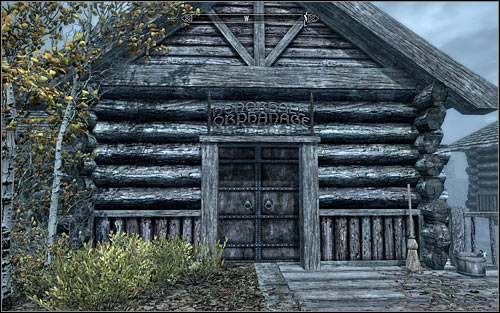 Leave the Aretino residence and go to Riften. After reaching the destination, locate the Honorall Orphanage building, which can be found in the southwestern part of the location (screen above). Since during the day, there are children inside walking around, a better idea is to enter the building in the night. 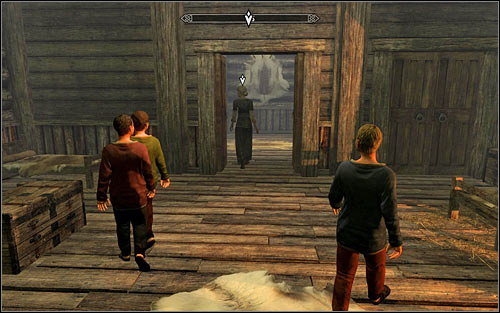 If it is your first visit in the orphanage, you'll have to wait until Grelod the Kind delivers a short speech to children gathered in the main chamber. Otherwise you can immediately take an action. The woman should go to her chamber located in the southern part of the building (screen above). 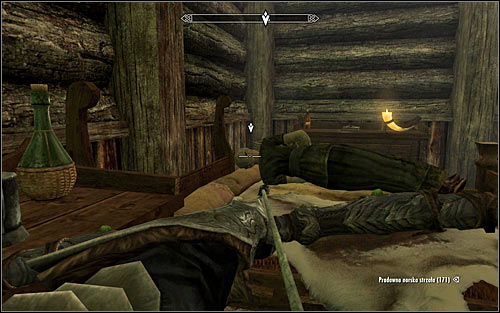 You might have a short conversation with Grelod, but this is not required. And it is better to keep your victims in ignorance until the last moment, in the case of multiple murders, you will execute in future. In this particular case, you can approach sleeping Grelod with no problems (screen above) but in future killings you should act from hiding. Unfortunately even if you kill the headmistress while crouching from behind, she will scream, waking up all people in the orphanage. Quickly leave the building. If it is your first crime in Riften, you'll probably make it safe. Otherwise, local guards can step into action and in this case you have to choose whether you want to pay a fine, go to the jail or try to defeat them in direct combat (not recommended). 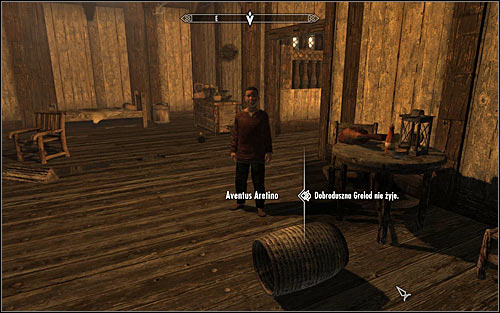 Leave Riften and go to Windhelm again. You should go now to Aretino Residence and walk up the stairs. Report to Aventus Aretino about orphanage's headmistress death (screen above) and collect your reward - Aretino Family Heirloom. Description of further events connected with joining the Dark Brotherhood can be found in the description of the quest With Friends Like These.