Note! This quest is optional and completing it won't get you any closer for joining The Dark Brotherhood. However you might consider completing it, because it is connected to one of the members of this organization. If you want to do it, you have to make decision before joining the Brotherhood. After that completing the quest won't be possible. 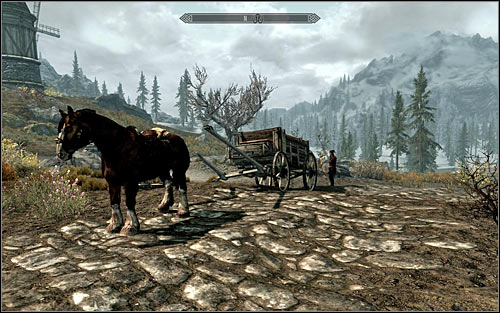 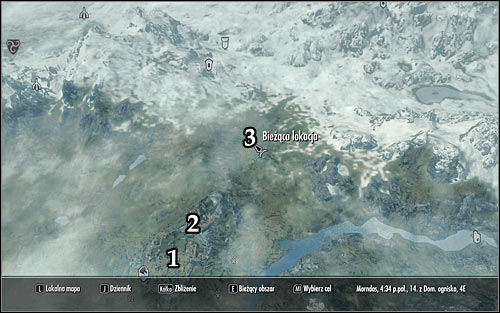 In order to activate this quest, you have to find a man dresses as a jester, whose cart is broken. In order to find this person, go to the north-east of the Whiterun. The exact location is shown on screens above. 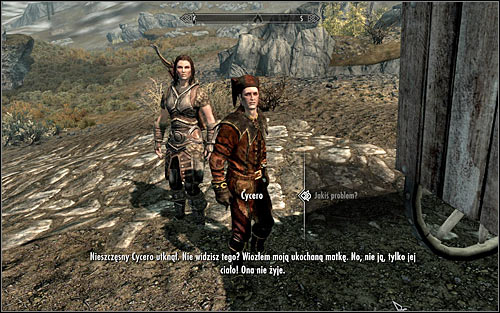 Go to Cicero and start conversation with him (screen above). You'll learn that he was transporting body of his dead mother on the cart but the wheel was damaged. A nearby farmer named Loreius doesn't want to help him for unspecified reasons, so you'll be asked to persuade farmer to change his mind. 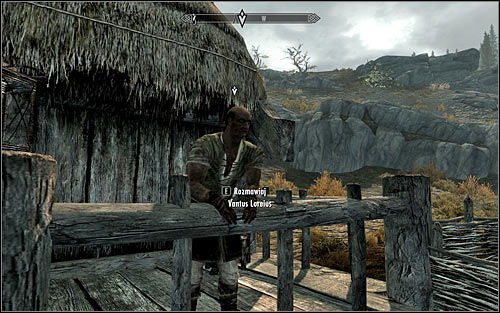 Head west, reaching Loreius's farm after few moments. Locate Vantus Loreius, its owner (screen above) and talk to him. Depending on your preferences you can act in two ways now: agree with farmer that Cicero behaves suspiciously and promise to report it to one of the local guards or persuade Loreius to help Cicero fixing the cart. 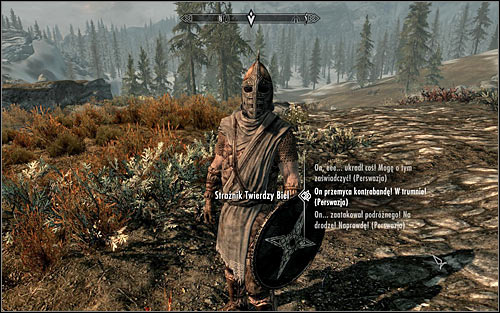 If you've decided to report Cicero, look around for a nearby Whiterun guard, marked by the game. After initiating a conversation with him, select an option to report a crime. You have to use the Speech skill now and choose one of the dialog options connected to persuasion (screen above). You can now watch the guard arresting Cicero or return to Vantus Loreius, who will reward you with gold. 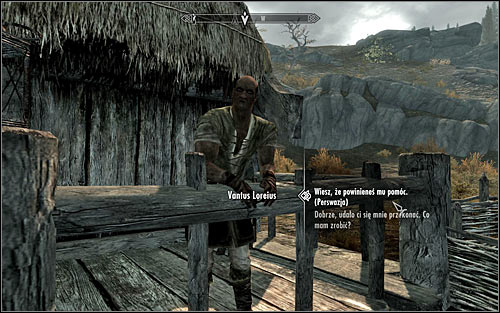 If you've decided to help Cicero, then you'll have to use the Speech skill during the conversation with Vantus Loreius and choose a dialog option connected to persuasion (screen above). After the farmer agrees to provide you with tools you need, return to Cicero and inform him about settling the matter, receiving a "gold" reward. This option is better in my opinion, because you'll meet Cicero again during completing The Dark Brotherhood quests.