The best moment to decide to join The Dark Brotherhood, which specializes in quiet elimination of persons to be killed, is later on in the game. It is mostly because in order to effectively and imperceptibly when possible eliminate designated victims, your hero should be well-developed. Of course it is not "a must", but will undoubtedly help you completing missions. Another important issue is that by getting rid of person designated to be murdered, you may unintentionally lock the opportunity to use its services or complete a mini-quest connected with this person. Fortunately, in most cases people to be killed are not important persons, so they won't be missed and the fun will stay on the same level. 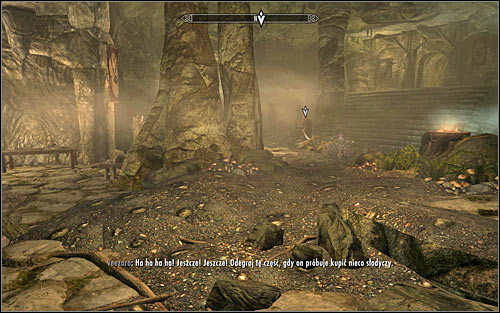 Remember not to accidently attack any of the Brotherhood major members, unless you want to destroy this organization (more on this subject can be found in description of quests Destroy the Dark Brotherhood and Honor Thy Family). Do not also worry if even before joining the Brotherhood someone else wants you to be killed, because even though you eliminate the killer, you'll be able to join this organization.