Note! You will receive this mission after completing five additional quests in Solitude (given by Vex or Delvin Mallory z The Ragged Flagon). 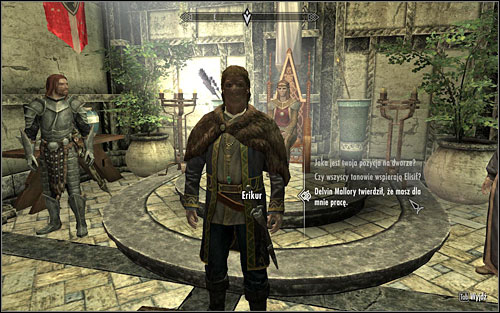 Head to Solitude and find Erikur - he's usually at his house (during night) or at the Blue Palace, where he works during daytime. From the short conversation you will learn of your mission - planting contraband on a pirate ship. First you will however need to acquire the illegal goods from Sabine Nytte.

The drug you're looking for can be found at the hold of one of the ships beside the East Empire Company Warehouse. In order to obtain it, speak to Sabine Nytte who can be always met at the ship deck. The woman is willing to sell you the drug, though it would cost you 1500 gold. If you agree, you will receive the Balmora Blue without further delay. Remember not to attack Sabine - she's immortal! 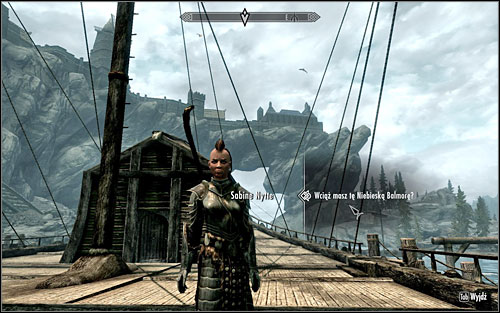 If you won't want to spend money, you can always use your thief skills. Sneak onto the woman from behind and steal two keys - Red Wave Safe Key and Sabine's Footlocker Key. Having obtained both of them, get below the deck and open the safe there (or use a picklock if you don't have the key). Upon opening it you will discover that the drug isn't there and a note saying that it's hidden below the ship. 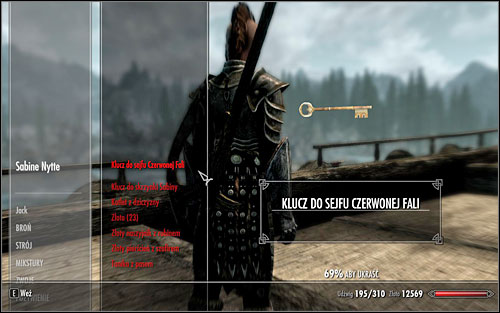 You will have to dive and reach the chest at the bottom of the lake. It can be found beside the footbridge leading onto the Red Wave (screen below). Open it (with lockpicks if you don't have the key) and take the Balmora Blue. 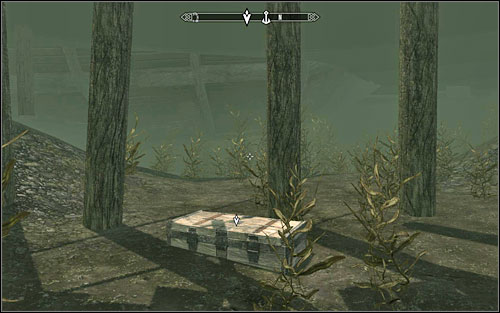 The Dainty Sload can be found north-east of Solitude, nearby the Lighthouse. After getting there, you need to make a decision - you can approach things stealthy or in a more butchery style. The quest giver doesn't mind you killing the whole crew - it will just save him some trouble. If you however prefer a more subtle approach, you will need to stock a few invisibility potions - the enemies are placed so that you can't just get past them unnoticed. 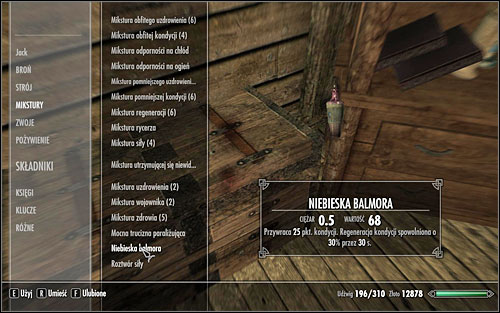 The chest into which you have to throw the Balmora Blue can be found at the lowest deck. After getting there, take a look below the captain's table (opposite to the container) to find one of the Stone of Berenziah (No Stone Unturned quest) and the A Dance in the Fire skill book which can boost your Speech.

As you return to the quest giver, he will reward you for completing the mission and state that Delvin Mallory and the whole Thieves Guild can count on his help in the future. 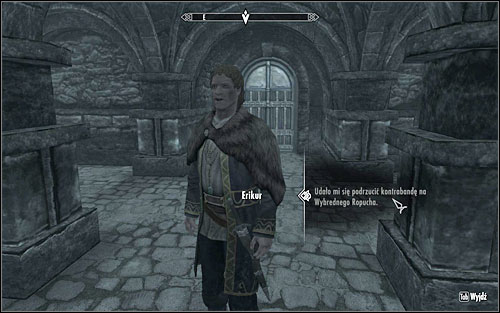 What's interesting, he will tell you that The Dainty Sload's captain is probably being taken to prison as you speak - even if you have killed him. Maybe the developer didn't predict such a possibility and the bug will be fixed in one of the upcoming patches.