Note! You will receive this mission after completing five additional quests in Markart (given by Vex or Delvin Mallory z The Ragged Flagon). 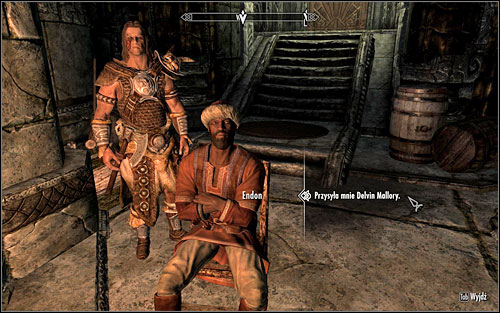 After getting to Markart, head to the Silver-Blood Inn (just left of the city entrance). Nearby the bonfire you should see a black man - that's Endon. During the conversation you will learn that his Silver Mold, needed to forge new items, has been stolen. The precious item is now in hands of the bandits of Pinewatch - you should head there and recover it.

The bandits headquarters in midway between Falkret and Helgen - those are also the places from which it's best to head out. If you decide to start at Falkret, be ready for a trap - the bandits will want to pull down rocks at you and rob your corpse. A fight awaits you at Helgen as well - after the dragon has burnt the village at the beginning of the game, a couple bandits have inhabited it. 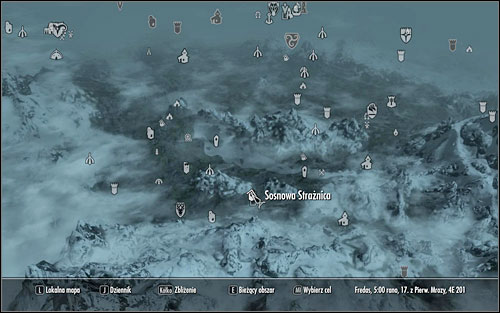 Approach the Pinewatch and break inside. The house might be guarded by a couple bandits, though it's not a rule - they're just wandering around the area. 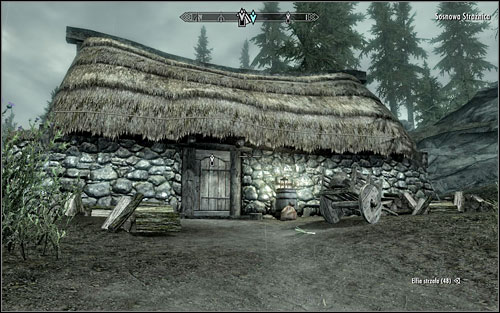 Head inside and take a look around the room. Beside the door you will find a letter nailed to the door with a knife - from it you will learn of the traps awaiting you in the treasury. Go down the stairs onto the lower level and be ready to meet Rhorlak. If you entered the house during daytime, you will be able to speak with him and bribe him to show you the secret passage into the basement. If you don't like the idea of paying for such information, you can kill the man (he should be sleeping in his bed at night) or just ignore him, finding the button by the shelf (screen below) and entering the dungeons. 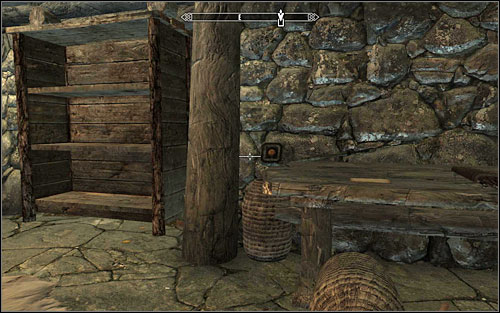 As you enter the dungeons, you will come across four bandits standing at the opposite side of the room. The easiest way of eliminating them is of course using the bow - if you manage to surprise them, one arrow per each should do the job. After clearing the room, go down - on the right you will find a chest with treasures and on the left a spiked pit (some dead Khajiits included). Plunder the corpses and head onwards, across the bridge to the further part of the underground. On your way you can visit the small room on the fight where you will find a couple potions. 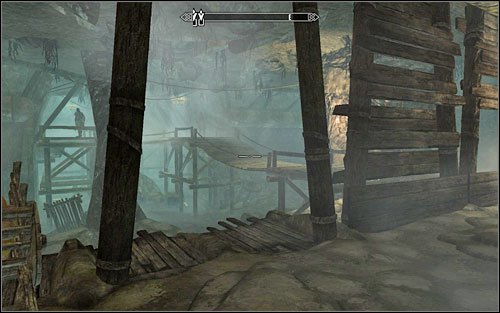 Keep exploring the underground until you reach the Bandit Sanctuary. Defeat or sneak past all the enemies - they're sitting in a couple adjoining rooms. Eventually you should reach an intersection with Draugr corpses. If you turn right, behind the locked door you will find some treasures, a chest secured by a trap and one of Stone of Berenziah (No Stone Unturned quest). Follow the left path and you will reach a sort of bandit inn - there's no chance of sneaking past them here, so just kill everyone and head onwards afterwards. Try not to hit any of the bones (screen below) - if you make too much noise, the bandit leader Rigel Strong-Arm will wake up and fighting her isn't the easiest. 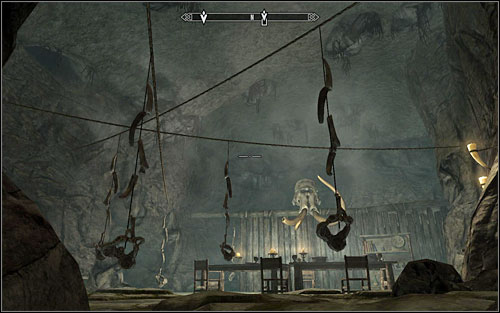 You don't need to kill Rigel - you can also just sneak to her while she's asleep (if only it's night) and steal the Treasure Room Key. With this item, head onwards and go through the door with a Master lock on it (without the key, you will have to sacrifice a few lockpicks). After getting through it, be careful not to step onto the pressure plate as it activates a dangerous trap. Follow the corridor and avoid another plate, therefore avoiding yet another unpleasant surprise (screen below). 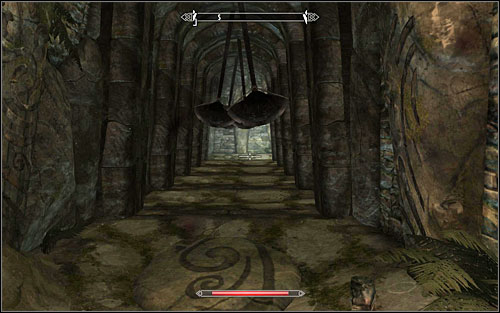 If you accidentally set the blades into motion, try to slowly walk between them. If you use the Whirlwind Sprint Shout, you will bump into yet another trap. A bit further you will come across a spiked ball falling right onto your head and another one after opening the treasury door. Don't step onto another one while approach the alter with some valuables and the Silver Mold (screen below). 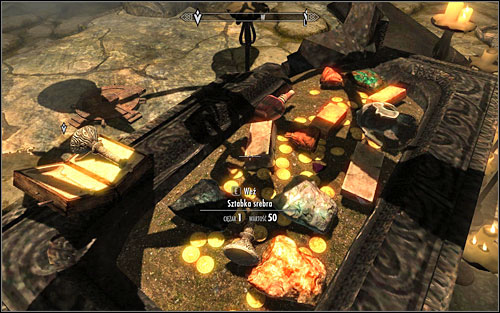 After obtaining the artifact, return to Endona and return him his property.

In order to return to the surface, you luckily don't have to go through all the traps again - just open the door behind the alter and cross the short tunnel. While you're at it, you can take a peek inside the large chest right beside the exit to find some useful items. 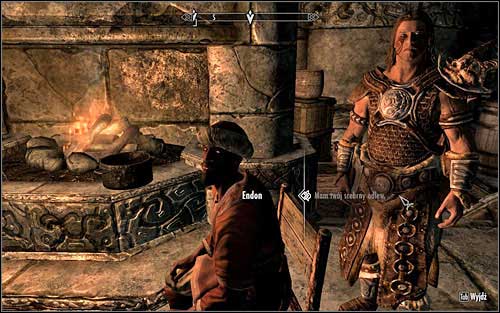 Return the silver mold to its proper owner. He will thank you for your help and state that the Thieves Guild can count on him. From now on Endon will be your fence, at whom you will be able to sell some stolen items from time to time.