Note! You will receive this mission after completing five additional quests in Windhelm (given by Vex or Delvin Mallory at The Ragged Flagon). 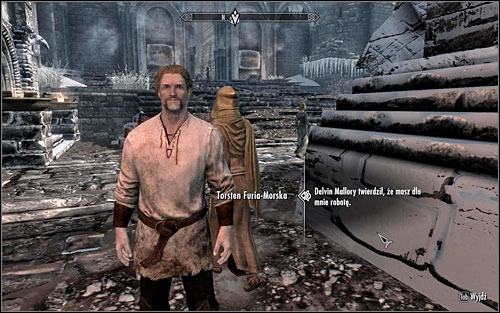 After completing five additional jobs in Windhelm, Delvin or Vex will offer you a special mission: explaining the newly formed, rival Thieves Guild that they're trespassing your territory. For that, you will need to head to Windhelm and meet with Torsten Cruel-Sea (screen above). The man will be probably walking throughout the city, so finding him won't be hard (check his position on the mini-map: M and then L). speak to him to learn that the members of the new Guild don't avoid violence - they killed your interlocutor's daughter during a robbery. The vengeful Nord will give you a name of a possible Guild member. You should meet her and set things straight.

The Altmer can be met at her house or at the marketplace where she works. After reaching her, you will have a few possibilities. You can use persuasion and force her to speak, intimidate her by threatening to call the guards, kill (searching her corpse will give you a note with needed information) or tell her that you must have mistaken her for someone else (which will activate the optional Discover leverage to sway Niranye). Three first option will let you establish that there's a new thieves organization in Skyrim, calling themselves Summerset Shadows. 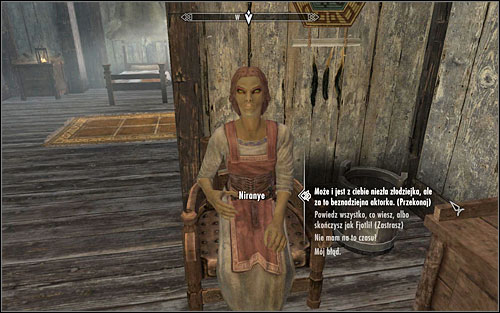 Their headquarters can be found at the Uttering Hills Cave, where you should now head. The gang consists of only High Elves, so you shouldn't have any problems fighting them (High Elves aren't the best warriors around).

If you don't succeed at persuading or intimidating the Altmer and you don't want to spill any blood, you can admit to making a mistake and end the conversation. You will therefore have to search the Elf's house for evidence that you can use during the interrogation. 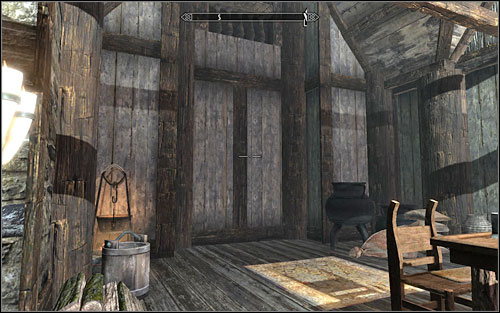 Break into Ninanye's house during the night or when she's out working at the marketplace. Approach the hidden door and open it (screen above). head down into the basement and picklock the safe - inside you will find the Second Letter from Linwe which will be perfect for leverage. Find the woman and show her the document to make her talk.

Head out of Windhelm and turn west. Keep following the path until you reach the thieves camp. Finding it isn't at all easy, so I marked it on the map below. 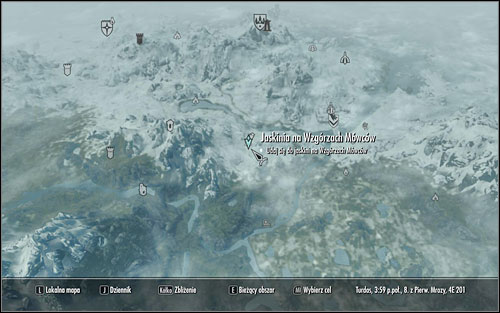 Inside the camp you will find two thugs, who you can kill without any formalities. Afterwards enter the cave.

After getting inside the cave, keep heading onwards and eliminating the enemies that cross your way. The Altmer have very little health points and are vulnerable to magic attacks, so you will be able to kill them without breaking a sweat. They also don't pose any danger in direct fight - it can be clearly seen that they're beginners. 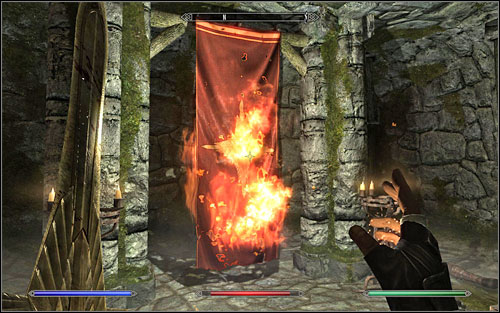 Heading deeper into the cave, you will at some point come across the thieves' banner - setting it on fire will let you complete Destroy the Summerset Shadow's Banner (it will increase your prize in the end). In the room right of the banner you will find Linwe, who's in possession of the Fjolti's Silver Locket. Afterwards you can return to Torsten Cruel-Sea, though killing all the other competing thieves will surely be a good warning for others who would think about opposing the Guild in the future.

Return to the mourning Nord and give him Fjolti's Silver Locket. The man will thank you for completing the mission and tell that if Delvin Mallory ever needs help in Kinesgrove, he can count on him. 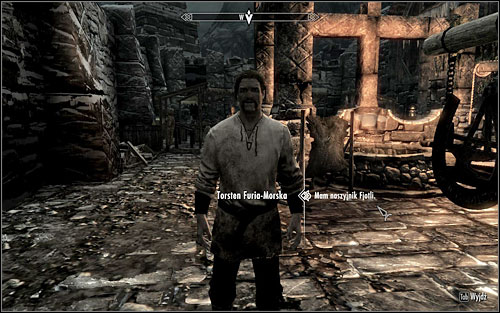 Niranye, the Altmer from who you learned of the Summerset Shadows, will become you fence at Kinesgrove. It's worth to pay her a visit from time to time - she often has some powerful artifacts.