Note! You will receive this mission after completing five additional quests in Whiterun (given by Vex or Delvin Mallory at The Ragged Flagon). 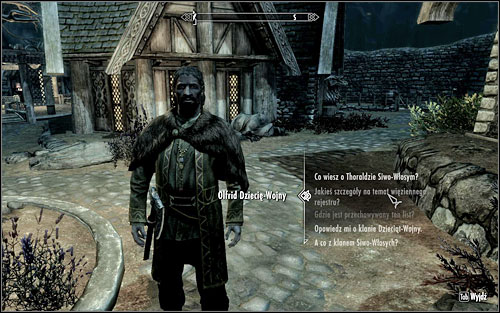 Head to Whiterun and meet with Olfrid Battle-Born - you will probably come across him during one of his walks through the city. During the conversation you will learn that the Nord' friend, Arn, is being held in a dungeon. He was arrested for drunkenness, though it's a blessing in disguise as his charges in the distant Solitude cause that he will be executed after extradition. Arn's luck is in the fact that Whiterun guards don't yet know about his external crimes. If only you can get your hand on the prison registry and cross out the Nord's name, he will be able to live happily ever after.

Head to Dragonsreach - it's the large keep towering over the whole city. Get inside, go up the stairs onto the first floor and enter Jarl's quarters. It's important not to get caught by guards while sneaking between the rooms and above all not fight the, (it would result in failing the while mission). if you earned the Jarl's trust and became Thane during Dragon Rising (main storyline), you will be able to move throughout the whole keep without any problems. 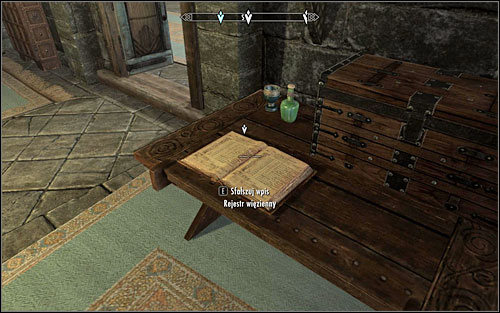 Upstairs, force the prison registry (screen above) - the book can be found at Proventus Avenicci's bedroom, on the right side of the corridor. Once you're done playing scribe, go up the sitars even higher and take the letter from Solitude from the Jarl's office (screen below). 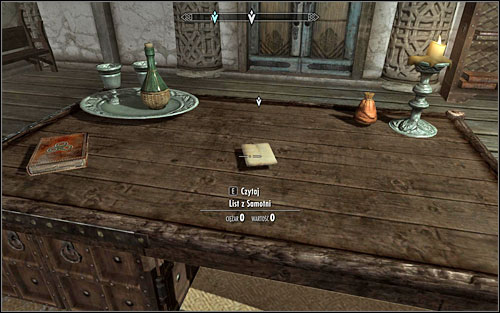 After completing the mission, return to Olfrid Battle-Born and collect your prize. On your way out the man will tell you that if Delvin Mallory would ever need help, he can count on him.