After reporting to Brynjolf, you should speak to the elven Thief. During your absence, it has been decided that Mercer Frey is too great of a threat to the Thieves Guild and needs to be eliminated. In order to do that you will have to follow his footsteps and reach the place where the Eyes of the Falmer are. 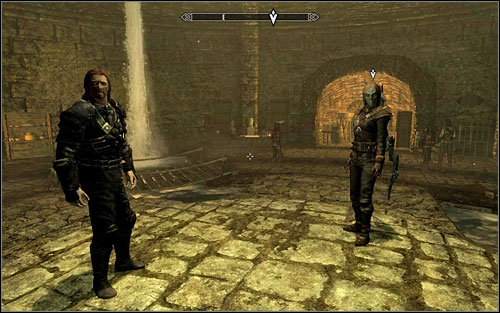 The Guild Leader is a powerful enough enemy that Karliah will accompany during this mission. meet her by standing stone at Riften.

Head out of Riften through the southern gate and keep going up. eventually you should note a big stone, beside which Karliah is standing - it's the Nightingale Hall, where the Nightingales used to meet (screen below). 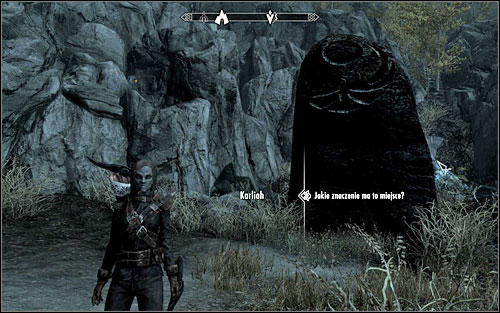 If you ask the elf about the history of the Nightingales, you will learn that their role is to serve Nocturnal - the patron of all thieves. The Nightingales thus far were Karliah, Gallus and Mercer Frey, however after the betrayal of the latter one the strange "order" is no more. Your role will be to rebuild it.

After entering Nightingale Hall, you should note that Brynjolf has also joined your expedition. Seem like you're not the only one who's going to join the elite Nightingale group. 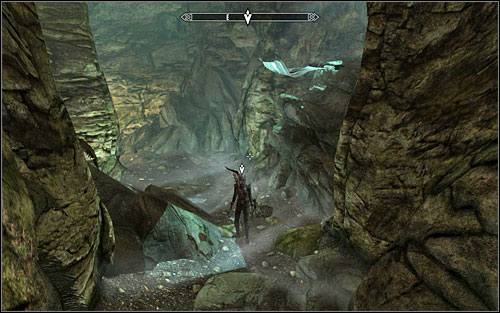 Fallow Karliah and listen to her story - you should learn more about your heritage. After reaching a big cave the thief will ask you to put on special Nightingale armor.

Go across the rope bridge and turn left - you will find three stones in the big room. Touch the middle one and the Nightingale Armor will appear in your inventory. Equip it to activate the further part of this mission. 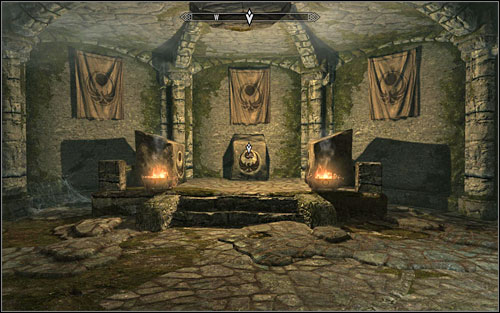 Even though the Nightingale Armor isn't the most powerful in the game, it surely has one of the best designs. It's worth to complete this mission just to obtain it.

Before following the two thieves to the big room at the end of the corridor, check out both side paths. At the end of each of them you will find chests with random content - you just might find something useful. 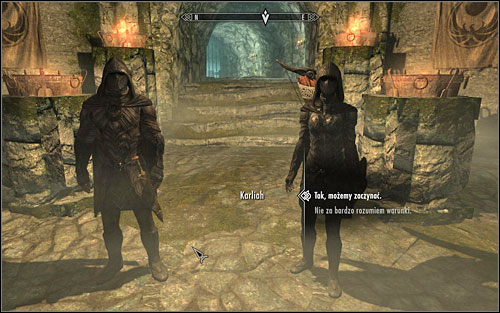 Once you're done robbing stray items, return to Karliah. She will tell you the conditions of becoming a Nightingale. As you swear the oath, you will be able to use Nocturnal's blessing, in return for becoming a guardian of her temple - both alive and after death. As you don't have a choice, you have to agree to this proposal. Brynjolf will agree as well.

Follow Karliah deeper into the corridor. After a few steps the thief will open the gate behind which the proper Nocturnal temple is. Behind the main, middle pillar you should see three glyphs - one of them is meant for you. 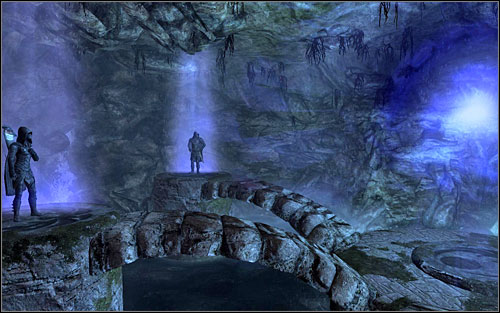 Take the vacant place and Nocturnal herself will appear in the middle of the room to take your oath. After a short ceremony the ghost will disappear and you will receive the goddess' blessing, giving you supernatural luck.

After swearing an oath to Nocturnal, Karliah will reveal to you the true crime of Mercer Frey - he desecrated the goddess' temple by stealing the Skeleton Key. The artifact lets the owner open each and every lock, regardless of its complexity. It's thanks to that artifact that he was able to enter the Snow Veil Sanctum. 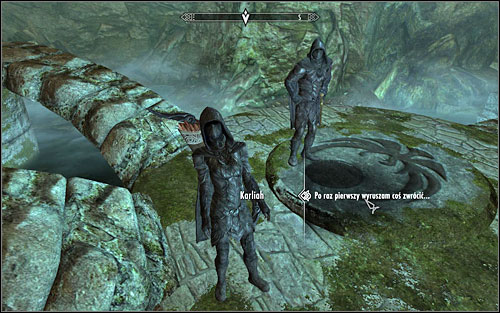 The order's objective is now not only catching Mercer Frey, but also returning the Key to Nocturnal. Keeping it would result in losing the blessing - the Thieves Guild would once again suffer from misfortune. As it turns out, you once again don't have a choice and have to once again head out on a quest.

Before finally leaving Nightingale Hall, you should speak to Brynjolf again. The thief won't beat around the bush and downright tell you that you were chosen to be the new Thieves Guild Leader. 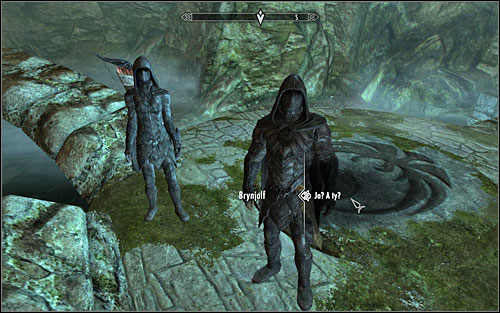 Before you can be officially nominated, you will still need to complete certain missions to bring the Guild its old renown back - speak to Vex and Delvin Mallory about the additional quests (see City Influence in this guide). Of course before being able the top place among the thieves, you will still need to eliminate its late leader - Mercer Freya.