Your destination is quite far to the north - somewhere between Windhelm and Winterhold. The best way of reaching the Sanctum is by starting at one of those two locations - just head at the right direction and follow your compass. If you would have any problems with finding the place where you're supposed to meet with Mercer Frey, it has been marked on the map below. 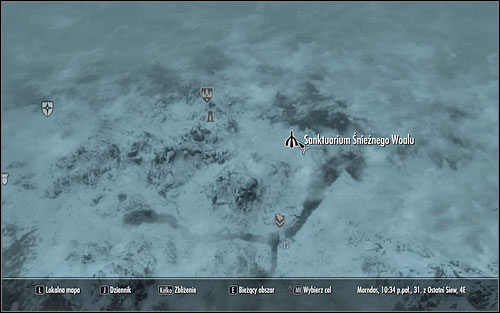 After reaching the destination, speak to the Guild Leader - he will tell you some important facts regarding the organization and you will also learn more about Karliah herself. She was Gallus' - Mercer's predecessor - lover, which didn't however stop her from killing him. Such a ruthless person cannot live and threat the Thieves Guild - you should therefore enter the Sanctum and face the killer. 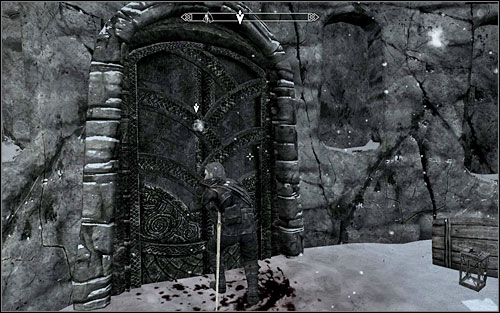 After speaking with Mercer, climb to the top of the Sanctum and go down the stairs to its middle part. Afterwards wait for your boss - only he can unlock the gate leading to the Snow Veil Catacombs. After the gate is unlocked, head inside. As you're exploring the underground, try to be as discreet as possible - the Catacombs is home to numerous undead which are easier fought by surprise.

Follow the only possible path, going through consecutive corridors. Keep sneaking at all times - that way you will be able to surprise the Draugrs easier, making killing them much easier. Also be mindful of the traps and look around - gold and useful equipment can be found on the shelves and inside coffins. If you don't manage to stay quiet enough not to wake up the undead, don't worry - Mercer Frey is powerful enough to deal with any threat. 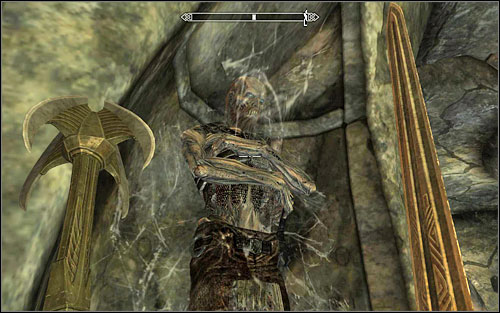 While passing through the Catacombs, note the traps found here and there - the hanging bones are specially dangerous, as they can wake up more Draugrs (screen below). If you want to make things easier, you can get off the main road and check the locked room on the right, from which you will have a great view of the main hall. It's a perfect place to hide with a bow and take out the monsters from a distance - with some luck, they shouldn't notice you. Therefore you will be able to clear out the whole room, without risking your own life. 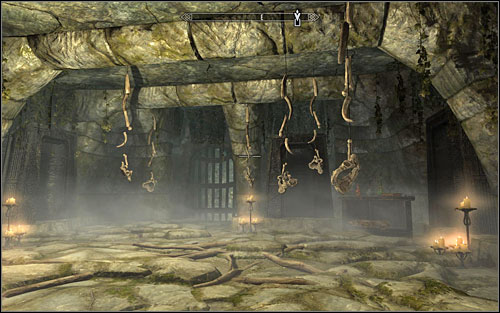 Move onwards, eliminating all the monsters that stand in your way. At some point you will reach a room with a Ship Model on a pedestal (screen below). In order to get there, inside the room with lots of Draugrs you need to go onto the upper floor and head further, eventually coming across the ship. It's important to quickly pick it up and run from the room right afterwards - the floor is covered with a flammable liquid which will start burning as you steal the item. Delvin Mallory will be interested in the model, you can take it to him after this mission. 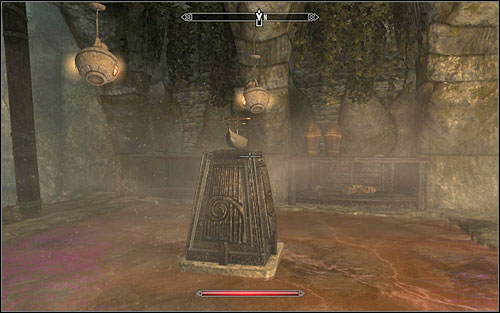 After obtaining the ship, return to the main hall and go up the stairs onto the upper floor. Afterwards follow the upper, grated corridor and enter the proper Snow Veil Sanctum. There, defeat a few undead and look out for traps - one of them will activate when you open the gate to the further part of the underground. At some point Mercer Frey will state that the room that you will now enter is a perfect place for a trop. He's not at all far from truth - as you cross the gate, a Draugr Deathlord, disposing powerful spells and one of the Shouts, will raise from the grave (screen below). The enemy is a rather hard nut to crack, so it would be good to send out your boss to focus its attention on him, letting you safely attack the monster from behind. 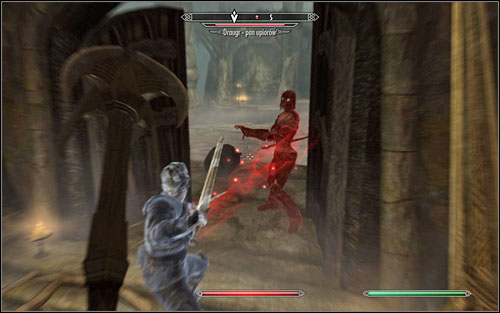 After the beast has fallen, get onto the pedestal from which it came and check the chest - there are a few precious items inside. Having that behind, head to the big wall crowing the room to learn another Dragon Word - Disarm - which makes fighting that much easier. With the new power onboard, head to the corridor ending with a Nord door. If not for Mercer, you wouldn't be able to go though it - it require a special key and only the Guild Leader can open it without it. 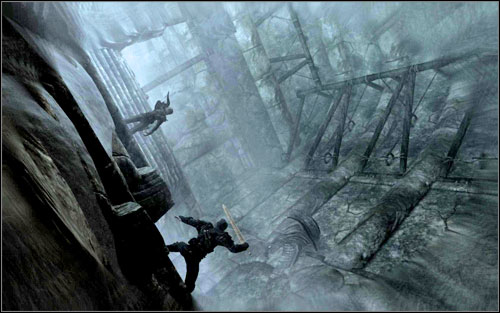 After crossing the game, there will be a sudden turn of events - you will fall to the ground and lose consciousness, while Mercer will head out to meet with the woman you were looking for. From their conversation you will learn that it was really the Thieves Guild Leader who murdered Gallus and Karliah was framed for it. Eventually the woman will escape and Mercer Frey will leave you in the lurch.

After waking up, you will see a mysterious and worried person above you. It's Karliah, who has taken you out of the underground and cured your wounds - there's no doubt that you owe her your life. From the short conversation that you will have it will turn out that she's innocent and Mercer Frey is responsible for everything. The thief wants revenge, but not in the form of murder - she prefers to judge the traitor in front of the whole Guild. 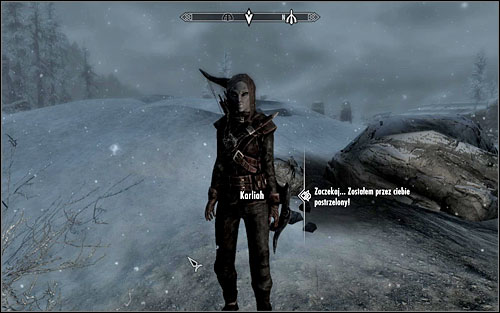 The only evidence against your recent boss is the Gallus's Encoded Journal, now in the hands of Karliah. She will ask you to decipher its content, as part of the Hard Answers quest. You will also receive some poisons which might come in handy in the further missions.