Note! This mission is optional and doesn't even appear in the journal, though it's worth completing as you can easily gain at least a couple precious items. 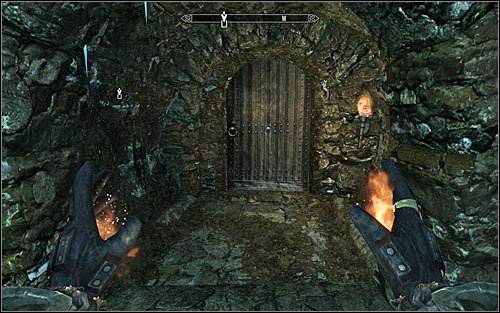 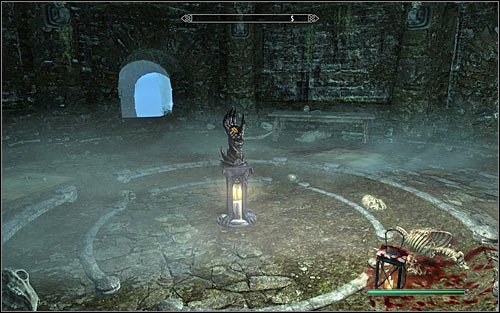 The relic is in the north-east part of the map and it's a gauntlet (screen above) with which you can't do anything at first. Search one of the nearby tables for the Investigator's Key and the Midden Incident Report. You of course should read the report from the inventory level to learn of dead College students who were found after a failed summoning. The report will also mention four rings connected with the Relic, hidden inside the College. 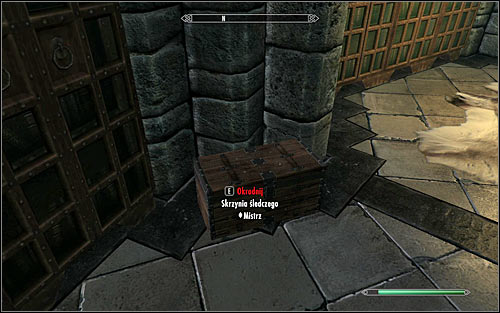 Leave the Midden and head to the Arcanaeum. Explore the northern part of the library and you should come across a locked Investigator's Chest (screen above). Open it with the recently obtained key and take the four rings: Balwen's Ring, Katarina's Ring, Pithiken's Ring and Treoy's Ring. What's interesting, you don't have to worry about stealth, as none of the mages seems to be interested in the ring. 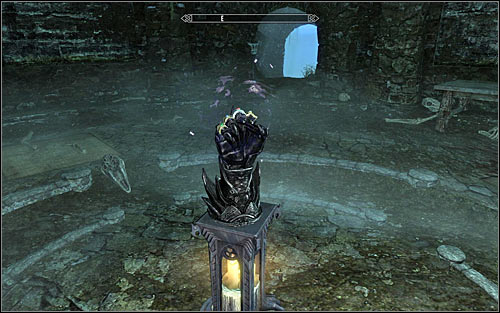 Return to the Relic and proceed as follows:

If you do everything correctly, the gauntlet should start moving (screen above). 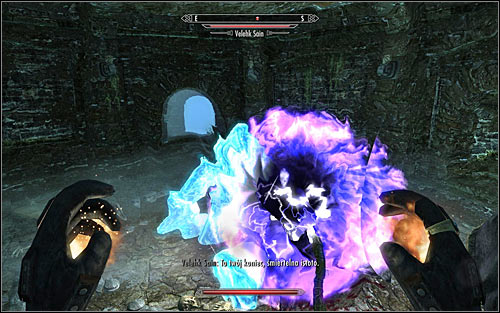 Wait for Velekh Sain, surprised that you were able to break the binding spell, to appear. The Dremora will tell you that the students' souls are trapped in Mundus. Velekh will want to make a deal with you, consisting of letting him go free. If you don't agree to his offer, you will have to fight him (screen above). Winning shouldn't be hard, though you should keep the Dremora at distance. 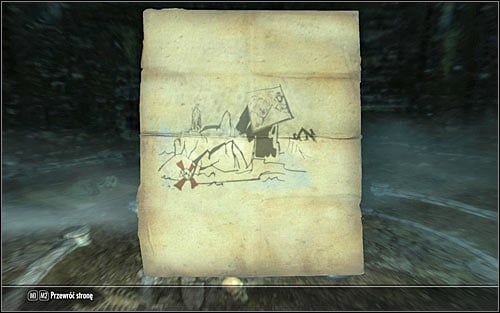 If you agree to set Velekh free, he will in return give you a map leading to his treasure. Watching the map from the inventory level is optional (screen above). 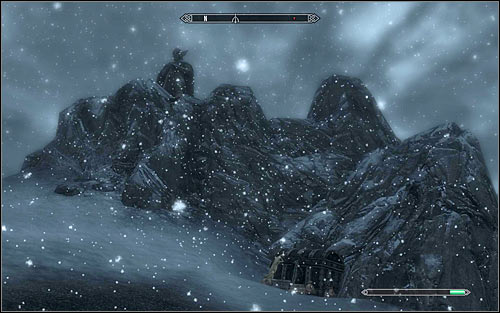 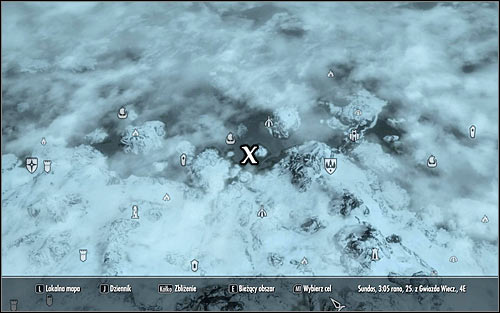 Leave the College of Winterhold and head west. Velekh's treasure can be found on a small island, below a large Talos statue (screens above). Also keep in mind that the treasure will be visible only after approaching it close enough.