Note! This mission is optional and doesn't even appear in the journal at first, though it's worth completing as you might get a quite precious item easily. You will get the chance to receive this mission no sooner than after finishing the second main College of Winterhold quest, Under Saarthal. 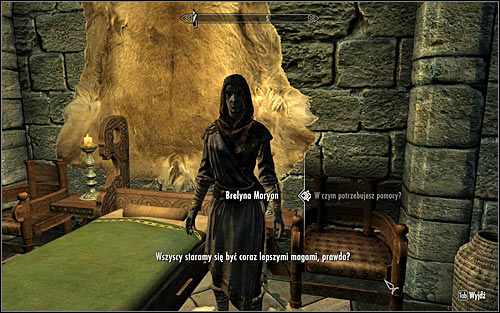 Find Brelyna Maryon, one of the College apprentices. Most of the times she can be met at the Hall of Attainment, though she can also be travelling throughout other locations. Make sure you used up all dialogue options and Brelyna should address you with a request of helping her in testing out her spells (screen above). Agree to her proposal of course. 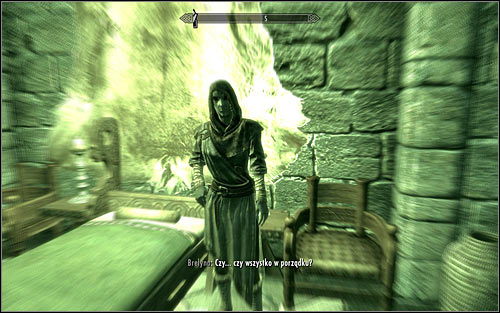 Brelyna will cast the first spell, causing a green glimmer to appear on-screen (screen above). The woman will be surprised with the result and state that the effect should fade away. 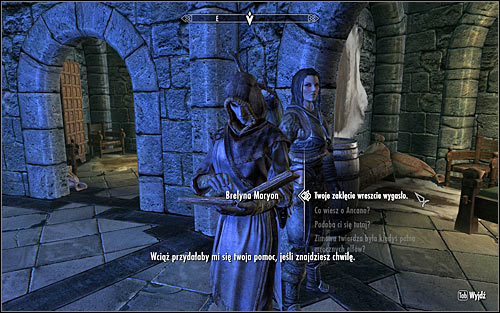 Head to your room and wait for around eight hours for the spell to fade away. Return to Brelyna and say you're ready for another test (screen above). 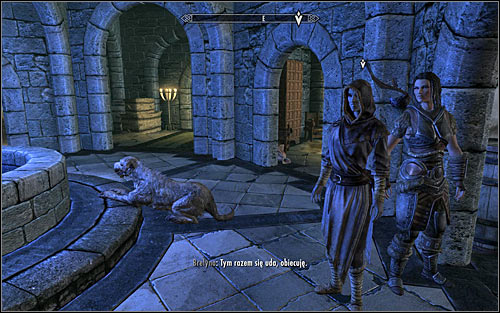 You're in for some rather funny scenes, during which you will be successively turned into a cow, horse and in the end a dog (screen above). Luckily you will eventually return to your normal form. Speak with Brelyna again to receive a magical necklace in return for your hardship. Moreover, you will be able to ask her to join your party from now on.