New main objective: Complete the book Powers of the Elements

Note! This quest is optional and you will get the chance to approach it no sooner than after raising Destruction to at least 90 points. 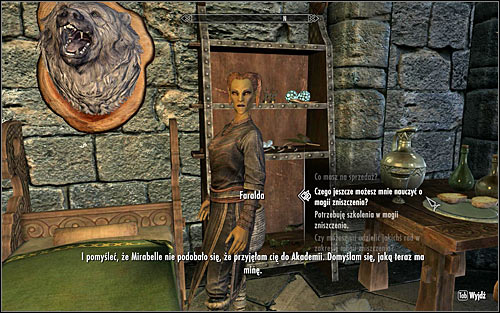 In order to activate this mission, you will have to find Faralda and ask her if she can teach you something more about Destruction magic (screen above). Note - If you don't see this option, it might be a bug and in this case you will have to raise Destruction to 100 points. Faralda will tell you about the mythical an powerful Destruction spells. The woman will give you the Power of Elements book, advising you to study its content. 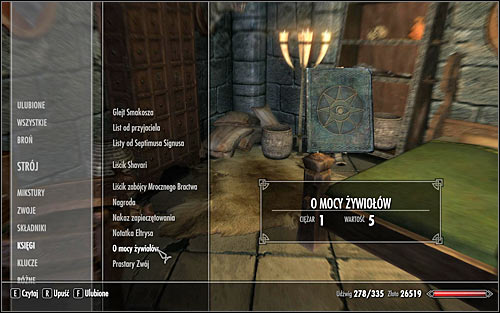 The whole quest consists of solving three word riddles. You can just read the guide to learn the solution, or take some time to study the first page of the book, choosing it from the inventory (screen above). 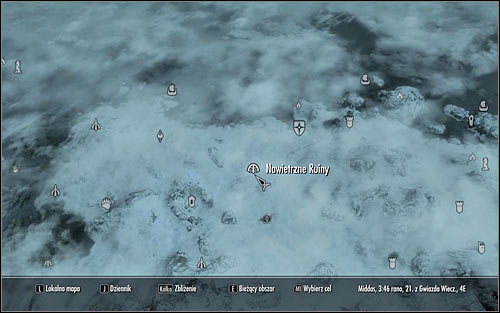 Open the world map and find the Windward Ruins. The location can be found in the northern part of Skyrim and in case you haven't discover it yet, place the destination marker as seen above. The ruins are in mountains, south-west of Dawnstar, where you should begin jour journey. 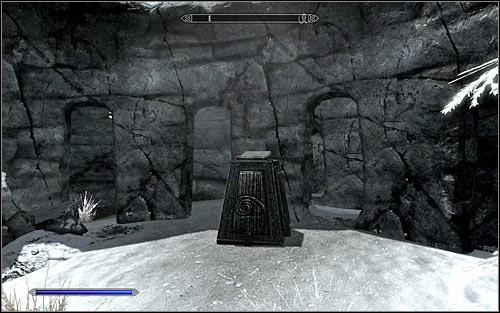 After reaching the destination, make sure there aren't any wild animals in the area and find the pedestal (screen above). Interact with it to automatically put the Power of Elements on it. 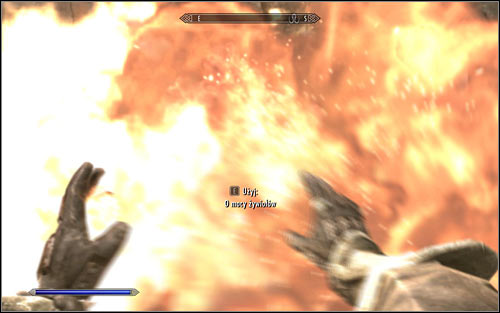 Now activate any offensive fire spell, like Flames or Firebolt (Destruction). Aim at the books and use the spell (screen above) to cause a small explosion. 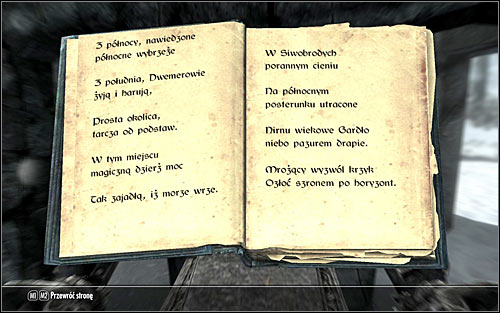 Approach the Power of Elements and take it from the pedestal. You can check it out from the inventory level, as new notes have appeared on the second page (screen above). 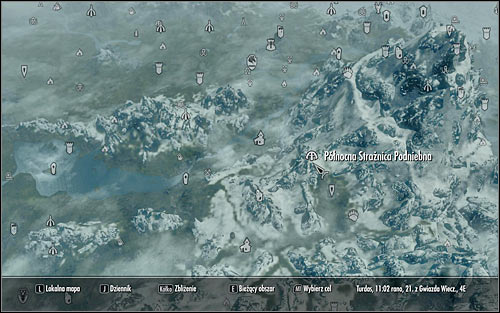 Open the world map once again. This time you need to head to the North Skybound Watch (screen above). The location can be found in the southern part of the map, south-east of Riverwood, the village you visited in the beginning part of the game. 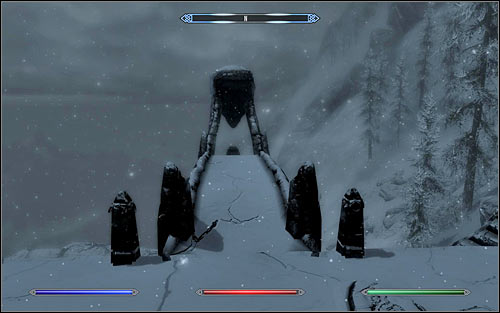 Be careful after reaching the destination, as there might be bandits around the pedestal. Deal with them and only afterwards put the book on the pedestal (screen above). 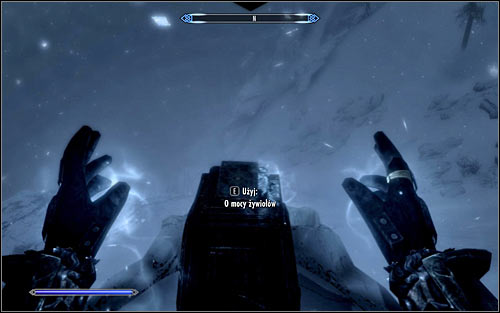 In this case you will have to use an ice spell, for example Frostbite or Ice Spike (Destruction), of course aiming at the book (screen above). After the explosion, take the book from the pedestal and read the third page if you want. 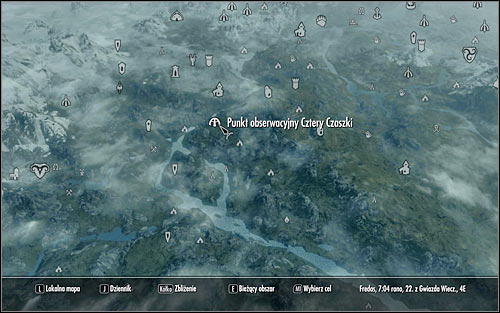 Open the world map and head to Four Skulls (screen above). It's in the western part of the map and it would be best to begin at Markarth, heading north-east. Optionally you might begin in Karthwasten and head straight south. 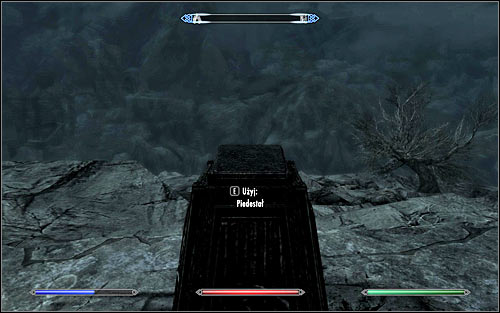 After reaching the destination, be ready to fight some bandits. Approach the pedestal (screen above) only after the area is safe and put the book on it. 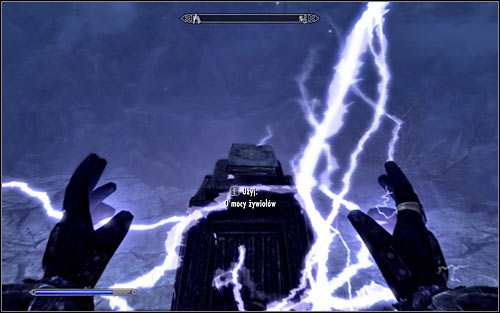 In this case you will have to use a lightning spell, for example Sparks or Chain Lightning (Destruction), aiming at the book (screen above). After the explosion, take the book from the pedestal. It will therefore end the quest and unlock a powerful spell knows as Fire Storm (Destruction). Additionally you should return to Faralda, as she can sell you two additional book, namely Spell Book: Lightning Storm and Spell Book: Blizzard.