Note! This quest is optional and you will get the chance to approach it no sooner than after raising Alteration to at least 90 points. 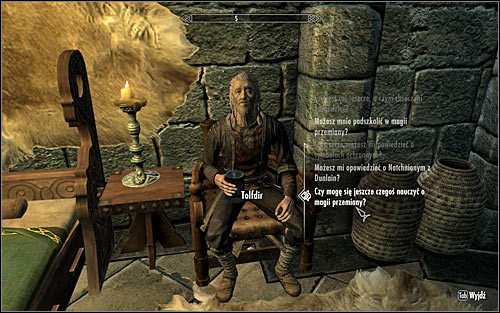 In order to activate this quest, you will have to find the mage known as Tolfdir and ask if he can teach you anything more regarding Alteration (screen above). Note - If you don't see this option, it might be a bug and in this case you will have to raise Alteration to 100 points. Tolfdir will tell you of his research and that you can help him in them. The mage wants you to find the Kavohzein's Fang dagger and use it on a defeated dragon to gain the so-called Heartscales. 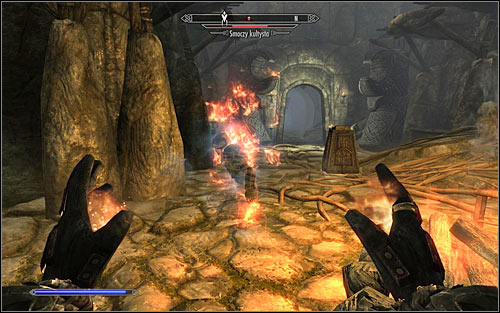 The dagger will be hidden at a random location, probably at one of the bigger dungeons or ruins around Skyrim. Open the world map and plan a journey to the marked location. The only exception would be if the selected area was the Labyrinthian, as the place will be/was visited as part of the College main quest Staff of Magnus. After reaching the destination, enter the underground structure and proceed to clearing it out of enemies (screen above). You need to be patient, as in most cases you will have to explore a couple areas before reaching the section with the treasure. 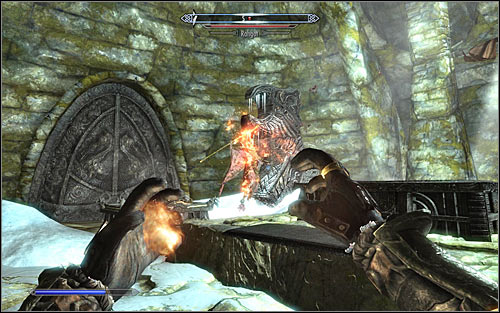 The next difficulty will be the fact that the dagger is in possession of a powerful mage (screen above), resembling Morokei from the Staff of Magnus. Remember to approach him carefully and effectively use your skills and spells. 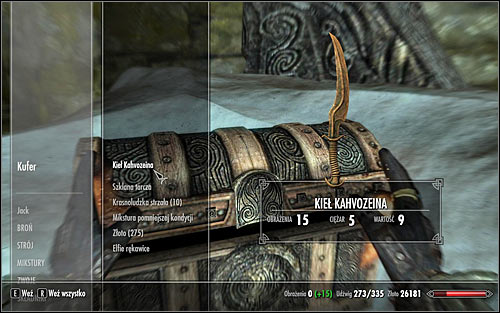 After the battle, examine the chest nearby the fallen boss, collecting the Kahvozein's Fang (screen above). Note - if your character has high Sneak or if you have invisibility potions or spells, you can try to sneak to the chest without having to fight with the boss. Personally I however wouldn't recommend it, as the boss will leave behind a mask useful for one of the side quests. 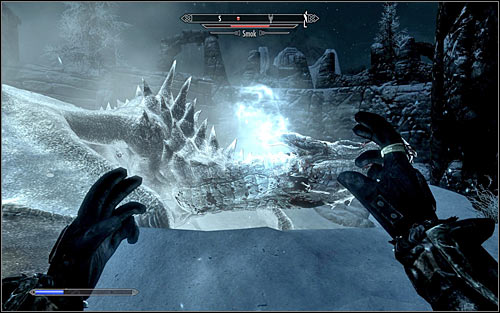 Now you can behave in two ways. If you can't remember when you last fought with a dragon, you can just wait to get attacked by another beast (quite often when you explore the world) and defeat it in the well known way (screen above). 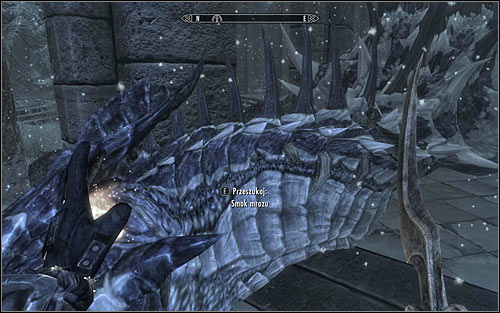 It would however be easier to return to the place where the body of the dragon you last fought it. Regardless of the chosen option, open the inventory and set Kahvozein's Fang as the active weapon (screen above). Approach the dead dragon and press E. The Heartscales will be automatically added to your inventory. 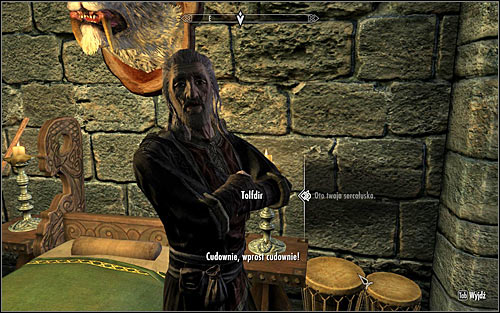 Now you can return to Tolfdir, speak with him and give him the Heartscales (screen above). The main prize for completing this quest will be the Spell Book: Dragonskin thanks to which you can learn a new powerful spell. Apart from that, Tolfdir will be able to sell you another precious item, the Spell Book: Mass Paralysis.