Note! There are four optional mission of this name in total and as they're connected with each other, their full description can be found below. You will have the chance to receive the first chance no sooner than after completing the second main quest of the College of Winterhold (Under Saarthal), though it will probably be even later. Arniel requires you to prove your usefulness and that requires completing a given number of main and side quests. 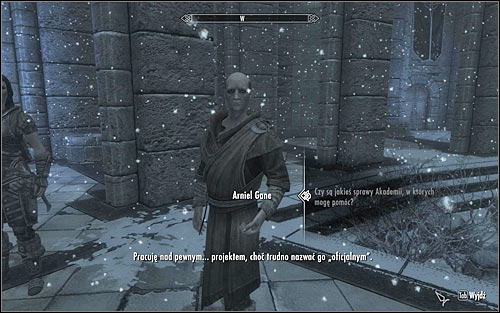 Find Arniel Gane, who's probably at the main square of the College of Winterhold. Speak to him and ask if he needs some help. If the mage will end the conversation almost immediately, that's a sign that you didn't accomplish enough to draw his attention and have to try later. If on the other hand your deeds made you sufficiently famous, Arniel will share some details (screen above) and ask you to get him 10 Dwemer Cogs for his experiments. 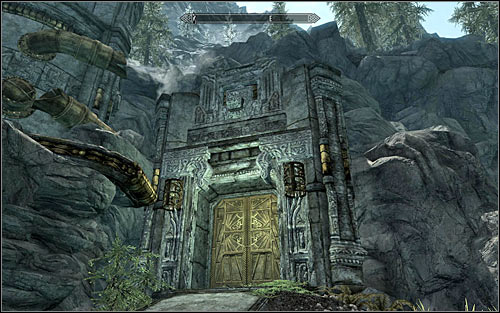 Note that no special marks appeared on your map, as you will have to look for the Dwemer Cogs on your own. Such objects can be found in dwarven ruins and it would be easiest to head to Mzulft (screen above) visited as part of the main College quest Revealing the Unseen or to the ruins of Alftand visited during Obtaining the Elder Scroll. Note - before heading out, make sure your character can lift at least 100 kilograms, as each Cog weights 10. 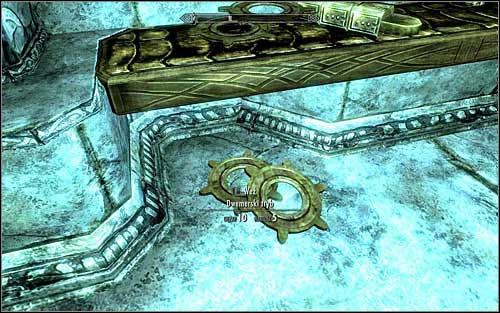 After reaching the ruins of choice, start exploring them with help of Candlelight or other spell of similar effect. The Dwemer Cogs might be lying loose (screen above) or found beside dwarven machines. After collecting 10 of them, return to the College of Winterhold and speak with Arniel. The mage will thank you for your help and give you some gold. 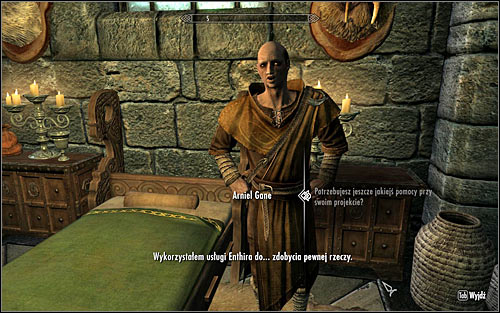 Depending on when you began the first mission for Arniela, you will be able to approach the mage's second quest at once or after a few days have passed. Speak with Arniel and ask if he needs your help. If you meet all the conditions required to activate the second quest, Arniel should tell you that he asked Enthir to obtain a certain part for him. The problem is that Enthir doesn't want to hand it over (screen above). 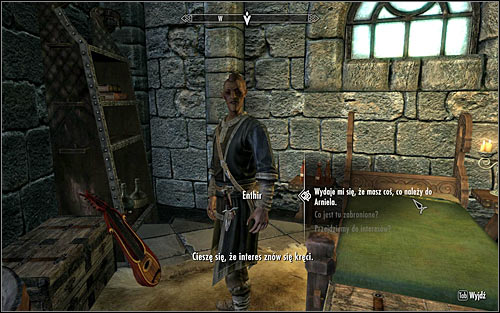 Enthir can be usually found onside one of the rooms at the Hall of Attainment. Speak with him and mention the item for Arniel (screen above) to learn that Enthir won't give it away until you get him a certain Staff. As you might guessed, your next objective will be heading out to find it. 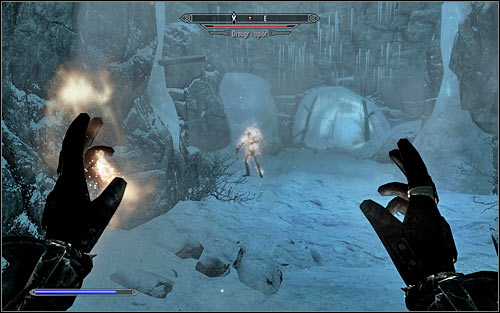 The Staff demanded by Enthir can be found at a randomly chosen location, so open the world map and head to the destination point. After reaching it, you will probably have to explore some ruins, a keep or other construction occupied by living enemies or some monsters (screen above). 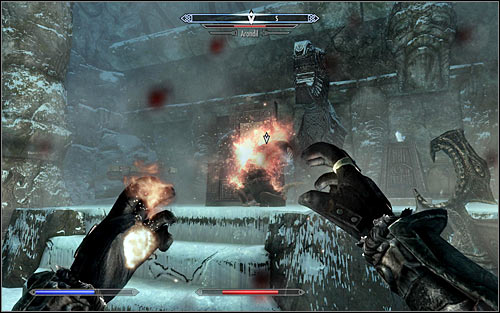 The Staff should be in possession of the strongest enemy occupying the chosen location (screen above) and unfortunately you have to reckon with the fact that he will have highly developed magic skills. After the battle, examine his body and take the Staff of Tandil. 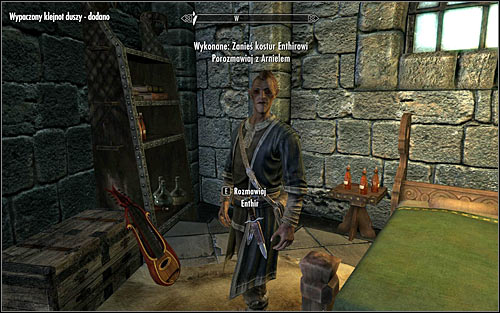 Return to the College of Winterhold and give the recently obtained Staff to Enthir, in return receiving the Warped Soul Gem (screen above). Afterwards you can head to Arniela and give him the Gem. Arniel will state that there's much work waiting for him and unfortunately won't give you a prize this time. 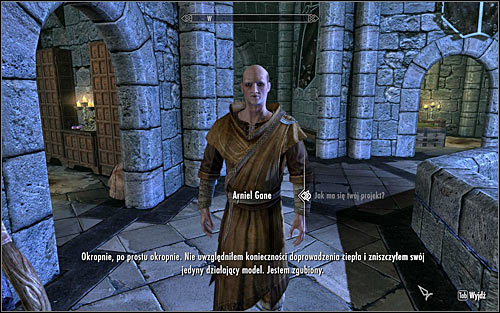 Depending on when you began Arniel's first quest, you will be able to approach the third quest at once or after a few days. Speak with Arniel and ask him if he needs help with anything else. If you meet all the requirements needed to activate the third quest, Arniel will tell you much more about his research and ask you to head with the previously gained Warped Soul Gem to three Dwemer Convectors (screen above). You will have to place the Gem in each of the Convectors and heat it up, using the Arniel's Convection spell received from Arniel (Destruction category). 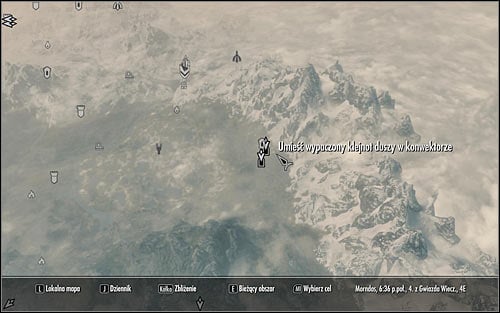 Open the world map, thanks to which you will establish that six Convector locations have appeared on it. Namely they are:

Personally I'd suggest first heading to the area of the ruins of Mzulft (screen above), as you should have already visited that area during Revealing the Unseen. Of course if you already discovered other locations from the list, you can head there as you won't need to go underground. 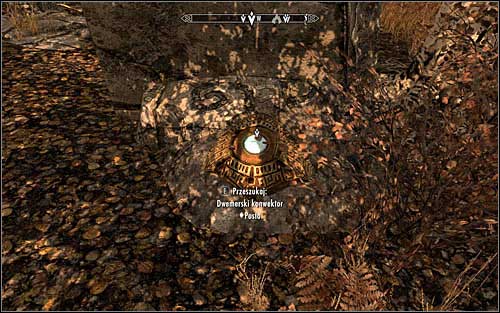 After reaching the chosen location, look for the Dwemer Convectors (screen above). 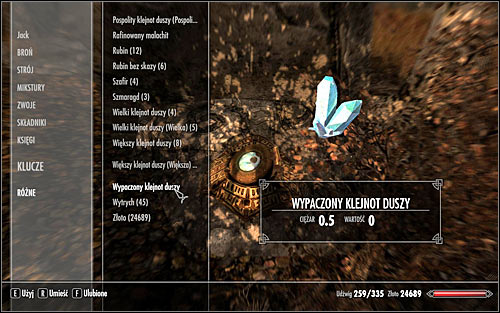 Interact with the Convector. After opening the inventory, head to Misc, choose the Warped Soul Gem (screen above) and press R to place the Gem in the Convector.