Note! This mission is optional, but well worth completing as you might gain an ally and "clear" a random location within Skyrim of monsters. You will be able to take on this quest no sooner than after finishing the second main quest of the College of Winterhold, i.e. Under Saarthal. 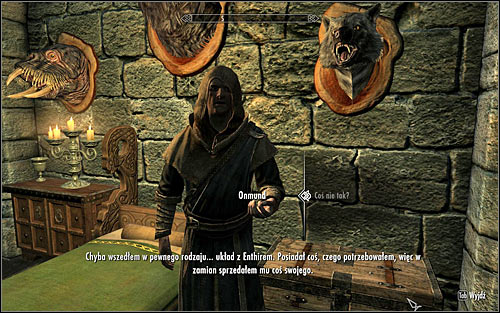 Find Onmund, one of the College students. Most of the times he can be found at the Hall of Attainment, though he might also be travelling through other locations. Make sure you used all standard dialogue options and Onmund should ask you for help in regaining the amulet once owned by his family (screen above). He gave it to Enthir as part of a certain arrangement, though he won't want to speak of any details. 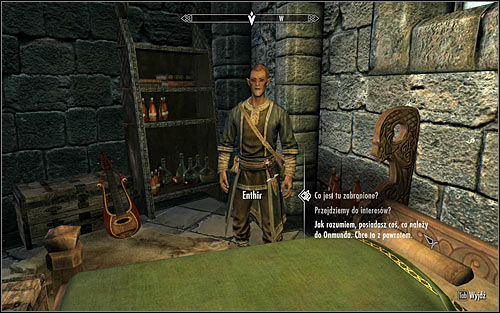 Enthir should be at the Hall of Attainment as well, though his quarters are at the upper level of the tower. Speak with him and mention the amulet (screen above). You can regain the family keepsake in two ways. The first implies having well developed Speech and trying to convince Enthir to change his mind. The second method can be chosen by selecting the last dialogue option. In such situation you will learn that Enthir can give you back the amulet, but only in return for the staff.

Note! The below description only applies to the situation in which you weren't able to convince Enthir to give you the amulet at once. Otherwise, skip this step and return to. 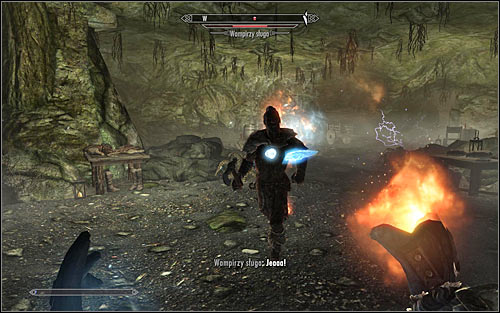 Open the world map and select the randomly chosen destination. After reaching the area, you will need to eliminate a quite big group of tough enemies (screen above). Therefore don't forget to properly prepare yourself for the journey and carefully eliminate the enemies after stepping into the cave. 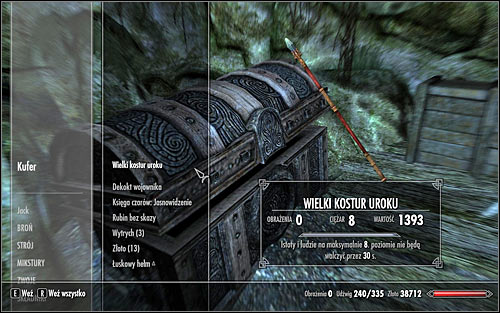 The object you're searching for should be hidden in one of the chests. Open it and take the Grand Staff of Charming (screen above). Afterwards you can return to Enthir and give him the Staff, receiving the Onmund's Amulet in return.

Note! This objective is common for both options, that is receiving the amulet at once or exchanging it for the Staff. 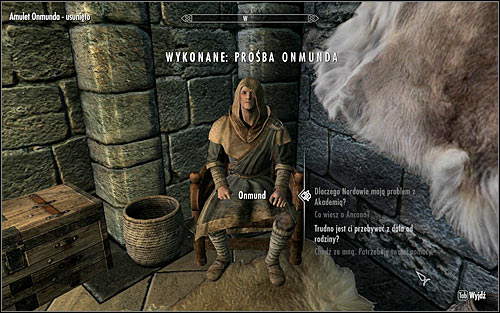 Return to Odmund, speak with him and return the amulet (screen above). Unfortunately there's no prize in return for completing this quest, though from now on you will be able to ask Odmund to join your party.