New main objective: Find out how to defeat Alduin 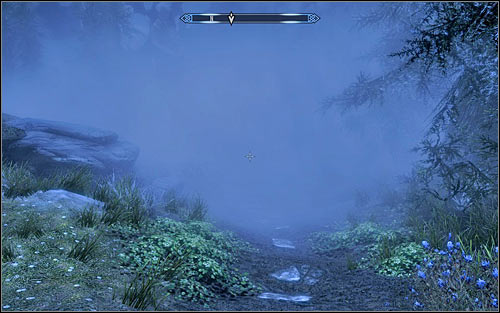 Head north, without worrying about exploring the area as you won't find anything interesting here. You also won't come across any enemies. Stop only after reaching the spot where the further path is blocked by thick mist (screen above). Press TAB, choose Magic, head to Shouts and activate Clear Skies. Hold down Z to dispel the mist. 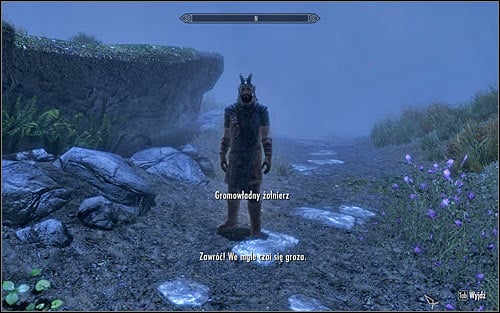 Continue onwards and soon you should be stopped by a Stormcloak Soldier (screen above). The ghost will warn you of the dangers lurking in the mist and tell you about a Sovngarde safe haven known as the Hall of Valor.

New main objective: Gain admittance to the Hall of Valor 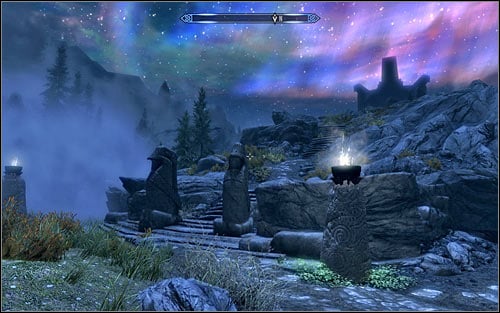 After the conversation continue onwards, still using Clear Skies Shout to dispel the thick mist. Don't get scarred by seeing Alduin flying around the area, as he temporarily won't show interest in you. Soon you should reach an intersection (screen above). Ignore the road leading to the top of the hill, as you wouldn't discover anything interesting there. Instead, dispel the mist by the left or right path. The choice doesn't matter, as both lead to the Hall of Valor. 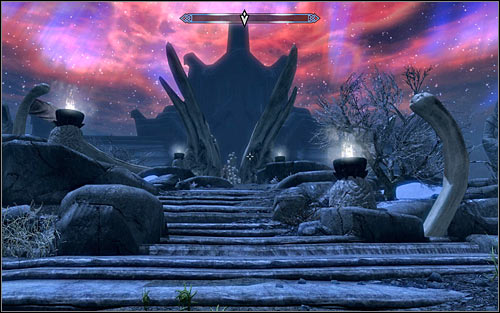 You can ignore the dead warriors that you come across, as they won't have anything interesting to say. After getting nearby the Hall of Valor (screen above) be sure to save your game, as upon trying to enter the building you will be stopped by Tsun. The warrior will tell you that in order to gain access to the Hall of Valor you will have to prove you're worthy and fight him. 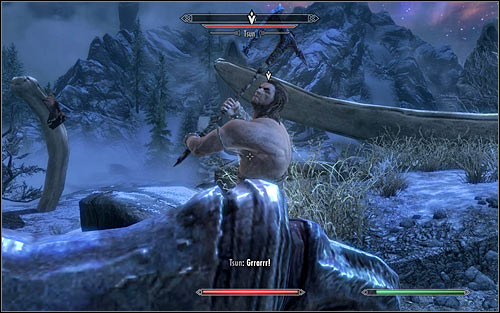 Fighting Tsun, despite what you might think, isn't easy. He's very agile and his attacks deal serious damage. In melee combat, you will have to depend on your shield (screen above) or attack with a two-handed weapon, knocking him out of balance. Ranged attacks will force you to run around a small arena. In such situation, you should consider summoning magical creatures to draw his attention. 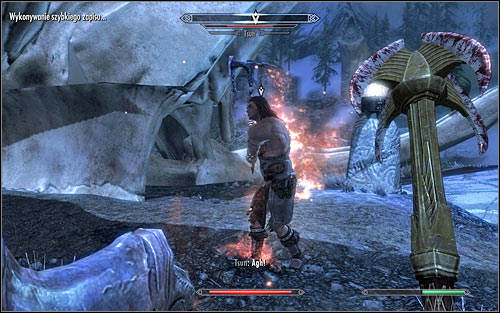 As for the choice of Shouts used in this battle, the most reasonable from the standard ones would be Fire Breath (screen above), especially that the useful in most battles Unrelenting Force won't have any effect on Tsun. Luckily for you Tsun will end this honourable battle quite fast, with over half health left.