This page of the guide for TES V: Skyrim contains the walkthrough for the final part of the main quest The World-Eater's Eyrie. We are talking about the section of the quest after you have reached the portal. The hero will have to confront dragons and the dragon priestÂ Nahkriin. Boss fight with the dragon priest is optional and can be avoided if you try. 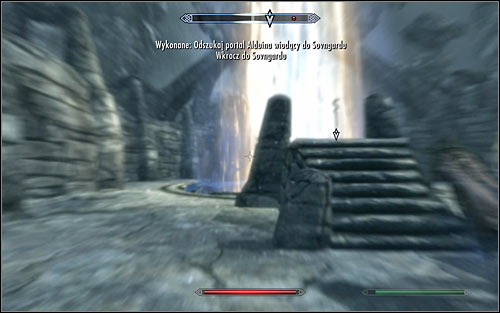 After reaching the upper part of the roof, you should note that the priest Nahkriin is running towards the portal. He aims at removing the Dragon Staff from the portal and stop you from going through it. If you're fast enough, you can stop him before he even approaches the portal, but for that you would have to use the Whirlwind Sprint Shout (screen above). The good side of this method is that you won't have to fight anyone and instead advance to the next part of the quest immediately. 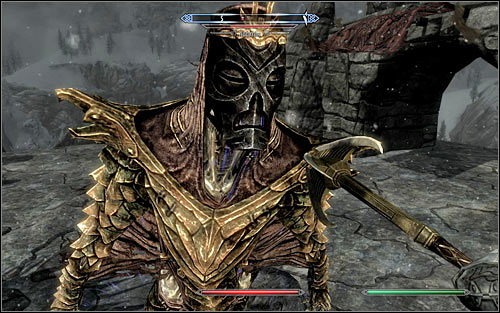 You can also use the Whirlwind Sprint shout for a slightly different thing, i.e. getting to the portal before Nahkriin can and take the Staff. Afterwards you could stand on the stairs and begin attacking him (screen above), not allowing him to slip past you. What's interesting, the priest would probably be completely defenceless in this case. 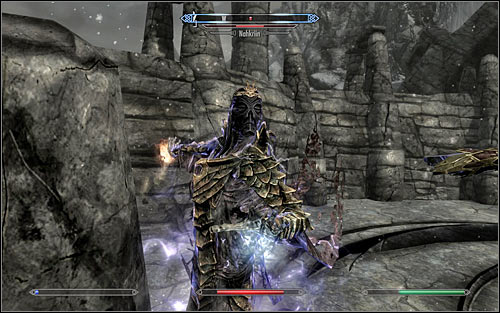 If you want to play fair or just gain some experience from eliminating Nahkriin, you can let him take the Staff. Regardless of whether your character prefers melee combat (screen above) or ranged attack, you have to take into account that the boss can deal some pretty serious damage, mostly based on lightning and fire. Nahkriin is also capable of calling in subordinates, inter alia a Storm Atronach. 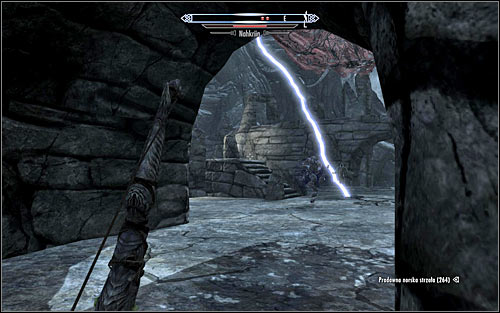 If you want to make the battle any easier, consider hiding behind the columns. The recently unlocked Storm Call Shout can also come in handy, in fact you should use it at the very beginning of the battle. It will cause lightning to struck Nahkriin from time to time (screen above), causing him to lose some of his health. 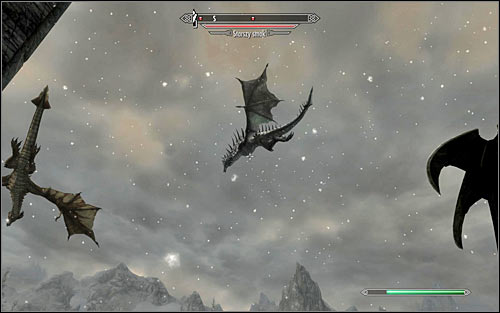 The battle can also have one major difficulty, as one of the scenarios implies that two large dragons (screen above), by default sitting on the side pillars, might join the battle. In such situation, I'd recommend taking care of them after defeating Nahkriin, unless their attacks make fighting the priest completely impossible. 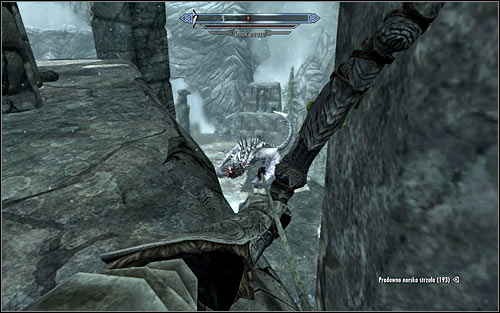 The two beasts mentioned above, a blood dragon breathing fire and a frost dragon that will be using ice-based attacks. They're best fought using ranged attacks, using the pillars as cover (screen above). You should decide on such a move even if your character specializes in melee combat, as the dragons can deal massive damage and it's hard to keep health at a reasonable level. You should of course use Shouts throughout the battle, though I wouldn't recommend Dragonrend, as the dragons will land often either way. It's much better to stick with one of the offensive Shouts, for instance Storm Call, letting you damage both of them at the same time. After you defeat both beasts, be sure to absorb their souls and loot their corpses.

Note - If you can't handle dragons at all, you can skip this battle by quickly opening the Sovngarde portal (details below). 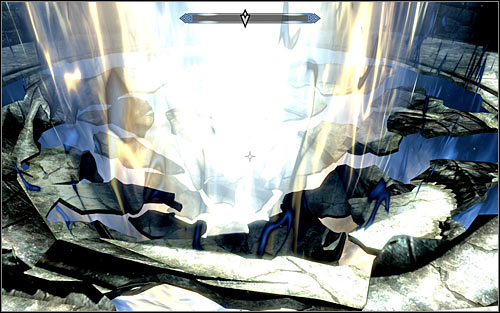 If you manage to get to the portal before Nahkriin closes it, you can immediately head to Sovngarde. Otherwise, locate the priest's corpse and loot it to take the Dragon Priest Staff, though you should also be interested in Nahkriin's Mask, connected with one of the side quests and a very precious item itself. Approach the dragon seal, put the Staff back into it and jump inside the portal (screen above).