On this page of the guide for The Elder Scrolls V: Skyrim we present the walkthrough for the quest Paarthurnax. This is an optional quest, which is closely related to the main storyline. In our guide, you will learn when you can unlock this quest and how to defeat Paarthurnax (the boss fight with the dragon). 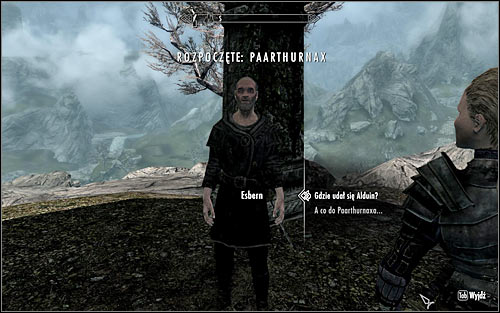 This mission is purely option and was included in this guide only because Paarthurnax participates in some of the end-game scenes. Luckily you don't have to worry that his premature death will influence the main plot line in any way. The first chance of activating this quest will appear during the main quest The Fallen, to be precise after defeating Alduin at The Throat of the World. If you decided to meet with Esbern, the conversation will include an additional segment. The old man has learnt that Paarthurnax is a dragon and will inform you that in the past he was Alduin's right hand, responsible for unimaginable crimes. Delphine will therefore demand you kill him, or the Blades won't work with you.

Don't worry if you spoke about how to find Alduin with z Paarthurnax or Arngeir, as you won't deprive yourself of the chance of obtaining this quest. You can pretty much activate it by meeting with Esbern regardless of the quest or talking with Delphine after finishing negotiations in one of the later quests - Season Unending. Keep in mind that you can also complete this quest after finishing the main story line. Don't worry that it has disappeared from your journal, as it will return there after you slay the dragon. 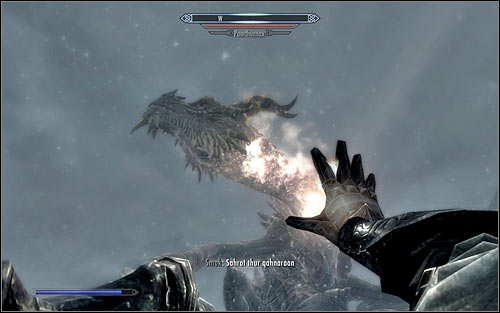 In order to begin the fight, you of course need to head to Paarthurnax, i.e. The Throat of the World. As the dragon is by default friendly towards you, you will have to provoke him, at best by using magic (screen above), a range weapon or a Shout. 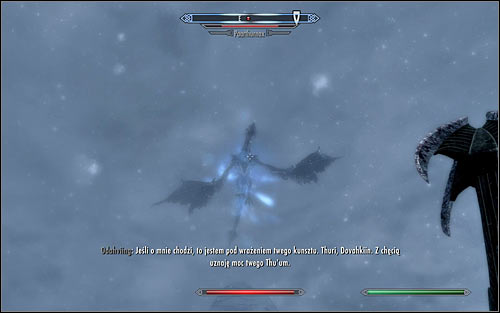 After the fight begins, you will have to act just like in the fight with Alduin. Therefore you should use Dragonrend, aiming at Paarthurnax and therefore forcing him to land (screen above). 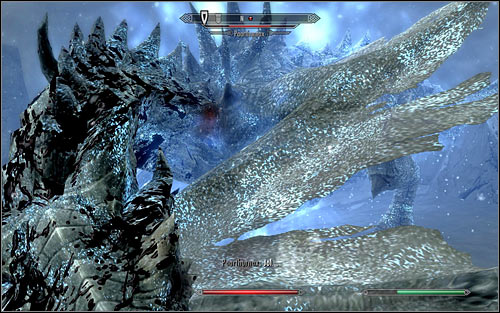 Attack him only after he lands. Depending on the preferred tactic, you can attack him in melee combat (screen above), or from a distance. It's also worth to have a party member or other character beside you during this fight, as he will draw the dragon's attention to a certain degree. Keep fighting Paarthurnax until you drain his health bar and absorb his soul. I'd of course also recommend examining his body. 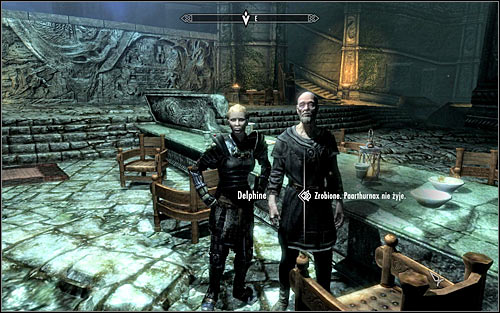 Open the world map and head to Sky Haven Temple. Look for Delphine in the room with the Alduin's Wall (screen above) or by the outer observation point. Inform her of killing Paarthurnax, though you won't receive any prize apart from the chance of working for the Blades again. Also note that killing Paarthurnax will cause that the Greybeards of High Hrothgar won't want to have anything to do with you anymore. The only exceptions are actions connected with completing the main quest, like organizing the negotiations in Season Unending.