This page of the guide to The Elder Scrolls V: Skyrim presents the walkthrough for the journey to Winterhold, the local Mages Guild. This is a part of the mandatory quest Elder Knowledge, although Winterhold can be visited earlier on our own initiative. At the Mages Guild headquarters, you have to talk to several NPCs.

New main objective: Learn the location of the Elder Scroll 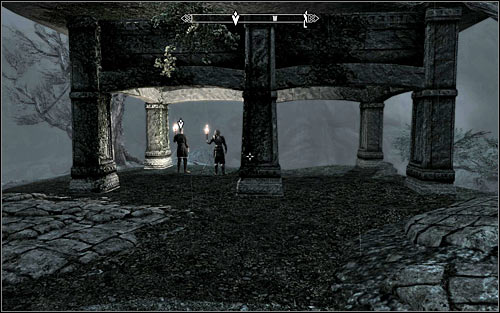 In accordance with the information received from the game, asking around for people that could point the hero to anyone who knows more about the Elder Scrolls is optional. You can skip this step if you're in a hurry, especially that you won't receive any prizes in return. What's more, you should consider heading to one of the suggested characters, i.e. Esbern or Arngeir. If you want to talk with Esbern, head to Sky Haven Temple. The old man will probably be beside the Alduin's Wall, beside the observation point (screen above). 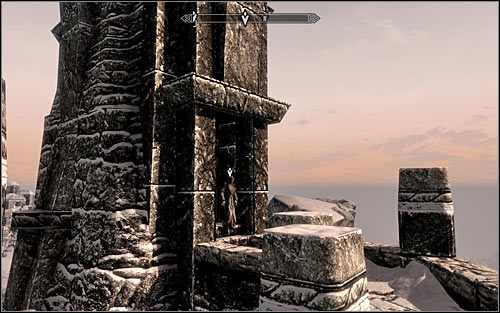 If you want to speak with Arngeir, you need to head to High Hrothgar. The Greybeard will probably be at the High Hrothgar Courtyard (screen above). In both cases, you will be directed to College of Winterhold. 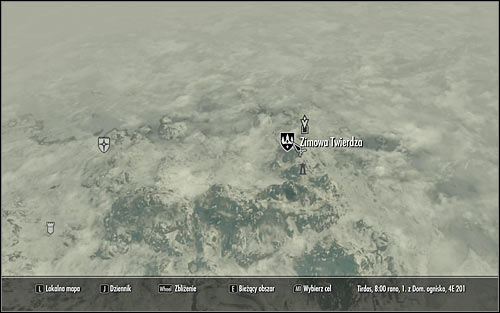 Open the world map to determine that Winterhold is in the north-east part of Skyrim (screen above). If you have already visited that location (or the College itself), you should of course consider using fast travel. Otherwise, you will need to plan your journey. The easiest method of reaching Winterhold is by carriage (you can find one in Whiterun Stable). 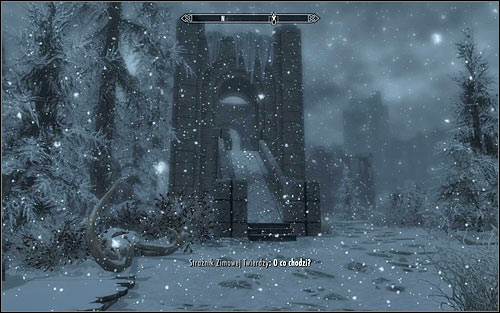 If you want to reach the Winterhold on your own, you might begin by the temple of Ustengrav or at Dawnstar and afterwards head east. In such situation, you should stick to the water and in the end part walk around one of the bigger mountain ranges, reaching the city from the south. Winterhold isn't your final destination, as you need to get inside the College of Winterhold, found north of it. The College can be accessed only by a single bridge (screen above). 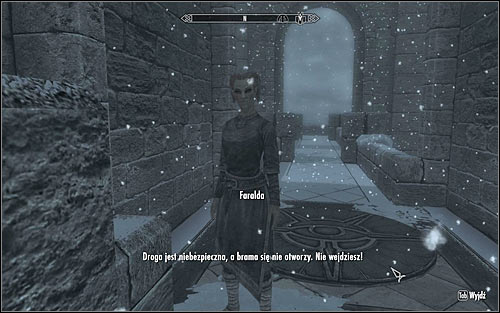 If it's your first visit to the College of Winterhold, you will be automatically stopped by Faralda (screen above), who will tell you that only authorized people can enter. The meeting starts the College quest First Lessons. If your character specializes in magic, you can approach Faralda's short test to prove that you're worthy. With developed Speech, you can try persuasion. 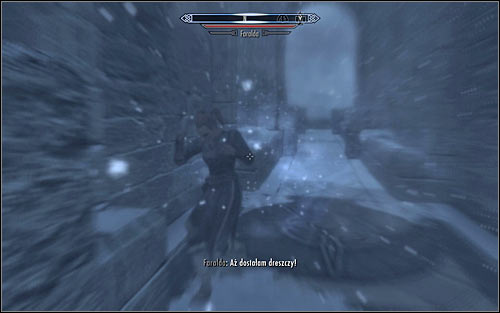 The easiest way is to inform Faralda that you're the Dragonborn, though the woman will demand proof. Press TAB, open the Magic window and activate any Shout. I'd recommend choosing Unrelenting Force and pressing Z (screen above), thanks to which you will only slightly hurt her. If you have already visited College of Winterhold and gained access, you of course won't have to complete the above steps. 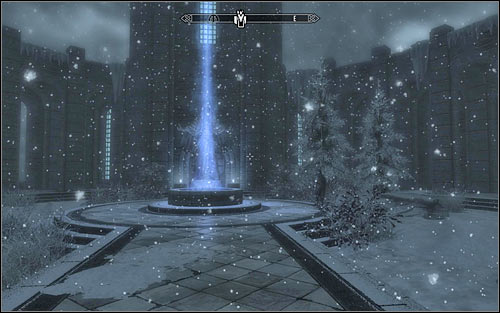 Head towards the College of Winterhold entrance. Whether you will go there yourself or with Feralda doesn't matter. You should reach the destination soon enough (screen above). 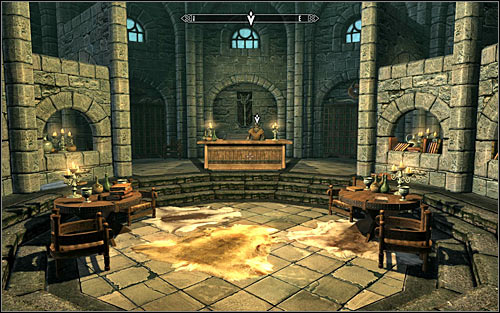 Ignore the characters there and head to the north-east gate to the Hall of the Elements. Inside, turn right and open the lesser door leading to Arcanaeum. Go up the stairs and head north-east, reaching a large library ran by Urag gro-Shub (screen above). Talk with him and ask about the Elder Scroll. He will tell you of the unimaginable knowledge and might hidden in the Scrolls and he will ignore you until you tell him that you're the Dragonborn. 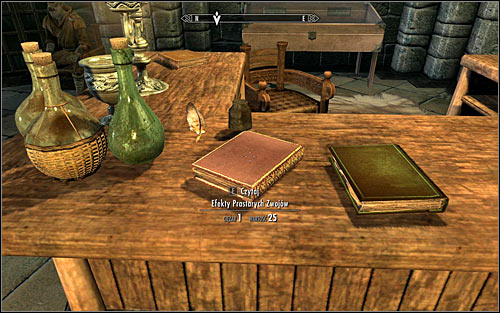 Don't worry that the conversation has ended, as Urag gro-Shub will go get some books concerning the Elder Scrolls. Wait for him to put the books (Effects of the Elder Scrolls and Ruminations on the Elder Scrolls) on the table (screen above). Approach and read each of them. You will therefore unlock the Daedric quest Discerning the Transmundane. As a large portion of this quests is connected with reach the Elder Scroll, its walkthrough was added to the Elder Knowledge part. Therefore you can just continue reading this part of the guide.