On this page of the guide for TES V: Skyrim we present the last part of the walkthrough for the main quest Diplomatic Immunity. We suggest how to escape from the Thalmor Embassy after the investigation is completed. After pulling out of the Embassy, the hero must talk to Delphine. 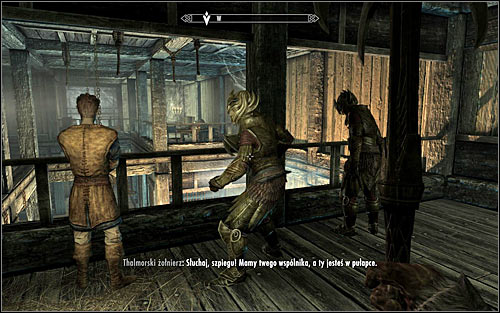 Regardless of how you learned of Esbern and how Thalmor wants to track him down, two Thalmor Soldier who in the meantime have exposed and imprisoned Malborn will appear on the eastern balcony. If you want to save the Elf's life, you need to quickly get rid of the soldiers. You can also make things easier by reading the Dossier on the balcony, thanks to which the guards will appear right beside you. Luckily even if Malborn dies, you won't fail the missions. 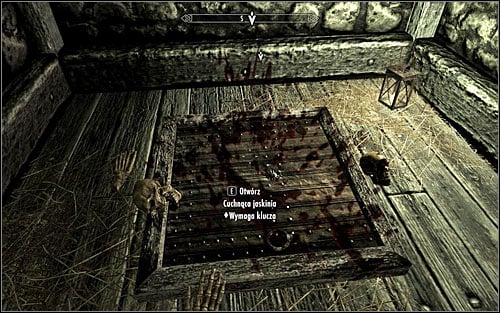 Be sure to examine the bodies of the defeated guard, as each of them will have a Trap Door Key. Take one of them and find the hatch leading to the Reeking Cave (screen above). Use the key to open it and head forward after reaching the narrow tunnel. 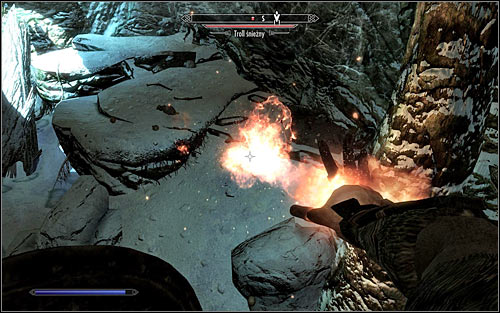 The screams of the recently rescued will unfortunately mean trouble, as the cave you entered is inhabited by a Frost Troll. The beast is much easier to kill from a distance, as you can stay on the upper ledge and attack without having to worry about getting damaged yourself (screen above). 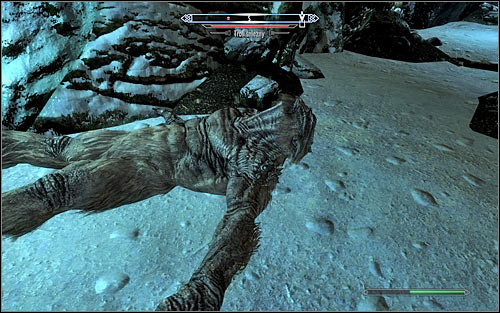 If your character specializes in close combat, carefully jump down and keep an eye on your health and stamina throughout the fight. The Unrelenting Force Shout, thanks to which you will easily knock the Troll to the ground, might of course come in handy (screen above). After dealing with the Troll, search the bodies of the people he has killed and look for the Timeline Series, vol. 1 which will boost your Illusion skill. Afterwards head towards the surface. 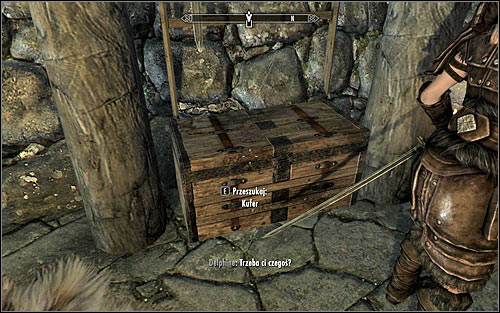 Open the world map and fast travel to Riverwood. There, head to the Sleeping Giant Inn and enter the room in the basement. Talk with Delphine and inform her that the Thalmor want to get Esbern in their hands. The woman will of course send you out to find the old man, suggesting that Brynjolf might be helpful in locating him. Note: Before you head out, check out one of the nearby chests (screen above) to regain the equipment that you had to temporarily give away before heading to the embassy.