Near the southern gate of Chorrol you'll meet an old man looking for his sons. Agree to help him. Sons are around Weynon Priory - talk to them, and you'll all go to Odiil Farm for a goblin hunt. They will be attacking in small waves. After the fight, go back to Valus, who is awaiting you in The Grey Mare. You'll get a nice sword Chillrend as your reward.

HINT: Try to keep Valus' sons alive. If you don't, you'll only get a small amount of Gold for this quest. 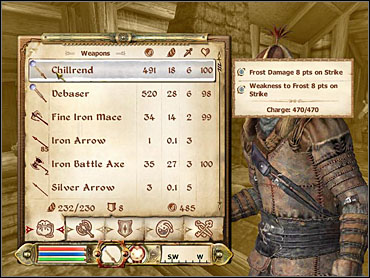 When wandering around Chorrol, you'll be approached by an Argonian named Dar-Ma. A few days later it will turn out she's lost somewhere around Hackdirt. Go to her mother Seed-Neus, proprietor of Northern Good and Trade, and you'll be sent to find Dar-Ma.

Villagers won't be too kind for you. Talk to some of them. Behind the building of Moslin's Dry Goods you'll find Dar-Ma's beloved horse. Shop's owner will tell you that the horse is hers - something's not right here.

Jiv Hiriel will tell you to come to his house after dark. You'll get a dungeon key. Go to Moslin's Inn and open the trap door in there. Dar-Ma is in a cell nearby. Open it with the key Jiv gave you and get out of here. You'll have to escort her to her horse.

When you're back in Chorrol, Seed-Neus will raise your Mercantile skill. 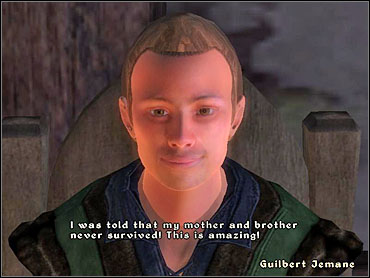 When walking around Chorrol, you'll hear that people talk about Reynald Jemane's strange behaviour. You'll find him in The Gray Mare. Talk to him and he'll tell you to go to Cheydinhal and find someone who's supposed to look just like him. The mysterious lookalike is in Newlands Lodge hotel. Tell him about Reynald and he'll be off to Chorrol to find his, as it turns out, lost twin. Go back with him and find both brothers reunited in The Gray Mare. They will have another quest for you - Legacy Lost.

Jemane brothers will ask you to find their family legacy, a farm of Weatherleah. Talk to Sabine Laul in local Fighters Guild branch and a map marker will be added to your map. Head there. It turns out the mansion is overrun with Ogres. You can either go back to Chorrol to get a formal request to get rid of them from Guilbert, or just deal with the problem at once. 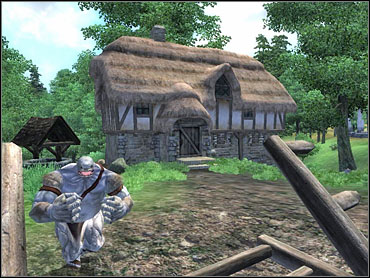 When you kill all the Ogres (3, one is inside the house), go back to the twins and tell them it's safe to go there. Go to Weatherleah with them, and you'll get some gold as your reward.

Sins of the Father

A few days after helping Jemanes reclaim Weatherleah, a mysterious Dunmer names Fathis Ules will come to Chorrol. He'll tell you to go to Redguard Valley Cave to find a particular item. 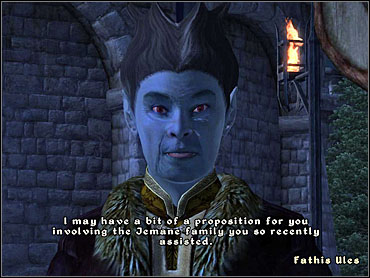 The cave is a small dungeon, in which you have to find the ogre leader. The sword you were told to find is on him. You can either give it back to Fathis (1500 Gold) or to Castle Chorrol (you'll get a very cool shield called Escutcheon of Chorrol).

Meet Countess Valga in Castle Chorrol. Talk to her and you'll be asked to solve a mystery of stolen painting, her late husband's property. When you agree, she'll give you the keys allowing you to access all areas of the castle.

Talk to everyone who's marked with a green arrow. You can notice that Chanel is up to something, as she tells you that during the night the painting was stolen she was conducting star research, while two other people tell you it was raining back then. You'll need proof:

- in Chanel's room there are brushes and paints;

- in Castle dining room there are paint stains on the carpet. 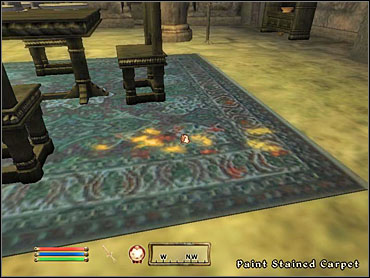 Talk to Chanel and accuse her of committing a crime. You'll have to raise her disposition in order for her to confess. Go back to the countess and either tell her the truth or cover Chanel. If you decide to keep her secret, visit her in 3 weeks and she'll have a painting for you. You can use it as a furniture in one of your houses.