Behold, our unofficial strategy guide to overwhelmingly gigantic The Elder Scrolls: Oblivion. Here you will find everything you need to know about the game and was afraid to ask anywhere else.

First, some technical stuff. As you may know from other texts about Oblivion, the game's world reacts to the player's progress and evolves with him. That means that you can actually beat the main quest without even bothering to do anything except it, 'cause if you don't level up your character, you'll be fighting some basic enemies over and over again to the very end. That leads to the fact that we can't actually point out how many or what type of enemies you will be facing in certain situations. These factors depend on your character's level. If you don't want to "loose" time on leveling up, go ahead and endlessly fight Scamps and basic Dremora soldiers.

We didn't cover the things that are pretty obvious in our guide. There's no point in telling you exactly what to do in each dungeon, so we stick to the essentials. Hey, you're a gamer, you shouldn't feel like a fish out of water when you're deep underground surrounded by skeletons, now should you?

There are a lot of bugs in this game. Bugs that keep you from completing certain quests, make objects disappear or NPCs talk rubbish. Save often, that's the best advice we can give you. Every quest is beatable under certain circumstances and bugs seem to appear randomly, so you might not have a problem at all when you beat them the second time round. 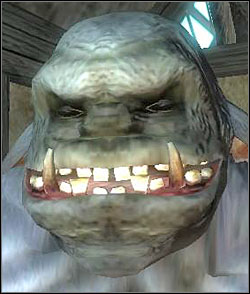 The guide's author after dozens of hours of work.

Knights of the Nine

Mods are usually about visual and technical improvements. Story content prepared by fans is a rarity – it requires a huge amount of effort to make everything work as it should. Here are the most famous examples.

The Most Popular Classic Single-Player Games 2021

There are some games that we just keep playing. Never mind the fact that these are titles that are already a few good years old. Many of them have even lived to see remasters, many have become very outdated – so what? We can't seem to stop playing.

Warning – hate zone! We take a look at which game characters are the ones most hated by gamers.

Empty fillers, artificially prolonging the game? Or maybe side quests have a bigger role, which we underestimate? Today we stand up for them.