This page contains all the important choices in The Sinking City. We have listed the decisions made during the main cases. Thanks to our description, you can learn more about a particular choice, what options you get and the possible consequences (including long-term) of your decision.

General information about the choices in The Sinking City

Below you will find an overview of important decisions. More details about each of these choices can be found in our walkthrough.

Note - The list of choices contains huge spoilers about the major events that take place during the game! 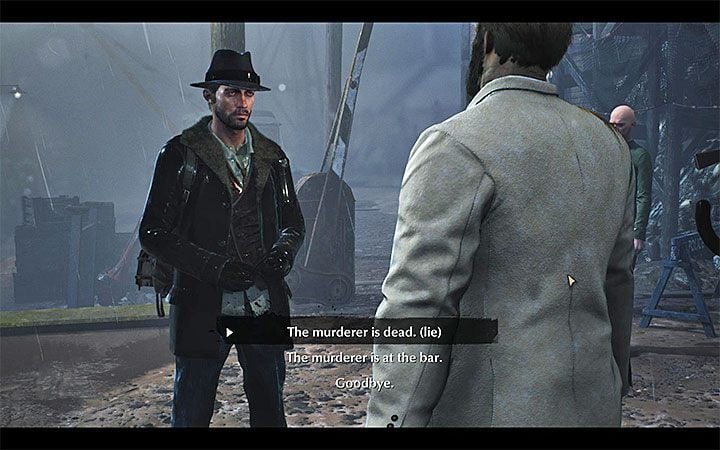 During this case, you determine that Lewis is responsible for the murder of Albert Throgmorton. After that, you have three options:

In addition, during the meeting with Lewis, you can promise to keep the knowledge of his act for yourself and get ammunition. You don't have to keep this promise. You can still tell Robert about Lewis later.

All options have a common ending - Reed will be able to leave the port and move to the next main case. 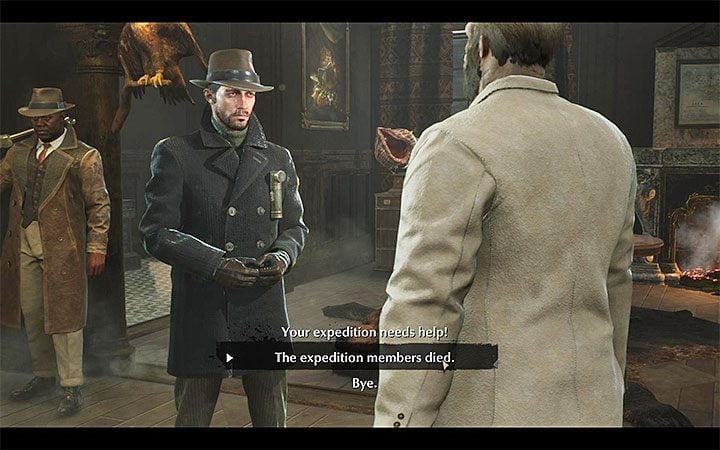 In the course of this investigation, you will reach an underwater cave with members of the expedition who were victims of madness. You have to make a choice after you go back to Robert Throgmorton who sent Reed to find the missing people. You have two options:

In theory, helping the expedition members is connected to the further spread of madness. However, you won't notice the difference while playing the game. This means that this choice doesn't really affect the game. 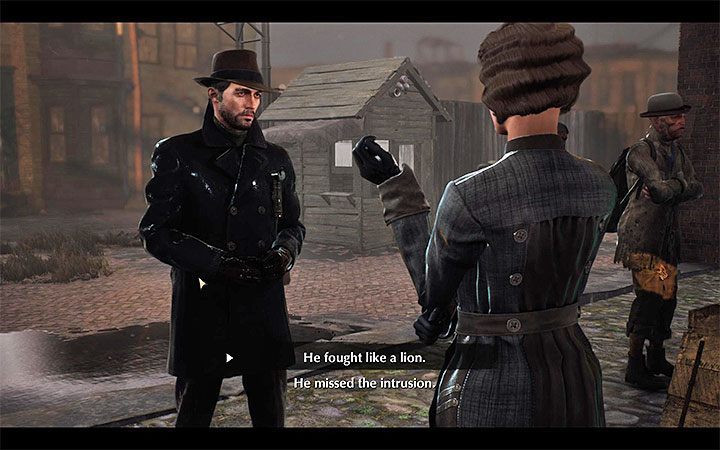 In the course of this case, you have to investigate the EOD Fish Storage, which was supposed to be guarded by Daryl Grimes. When you return to Anna to give your report, you have to make a choice. You have two options:

Also, during your meeting with Daryl, you can promise not to tell Anna that he missed the intrusion. In return, you will receive ammunition. You don't have to keep this promise. You can still tell Anna the truth - this is rewarded with an achievement/trophy.

This choice will not affect Reed's next meeting with Anna. A notable difference is whether Daryl will appear after you return to the Fish Storage or not. 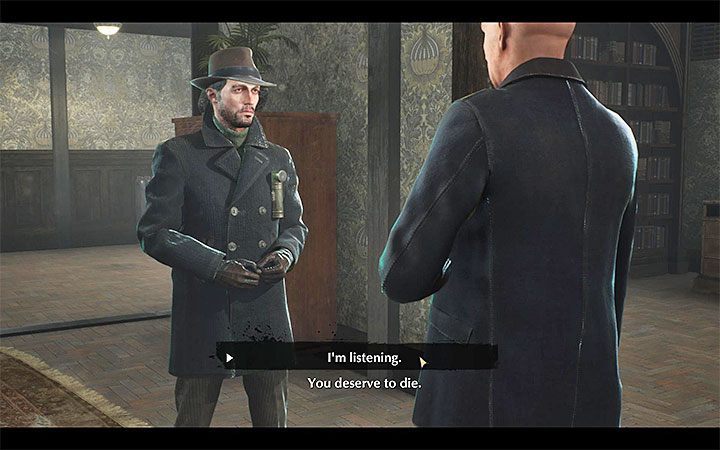 It is worth noting that even if you promised to help Cavendish, you can betray him and go to Anna. This will allow you to avoid a fight with him in his apartment.

Both options lead to a meeting with Fred. The main difference is in what circumstances you will meet Fred - After receiving the location from Cavendish (option 1) or after getting out of the trap in the basement (option 2). In both cases, Fred will ask Reed for a favor. 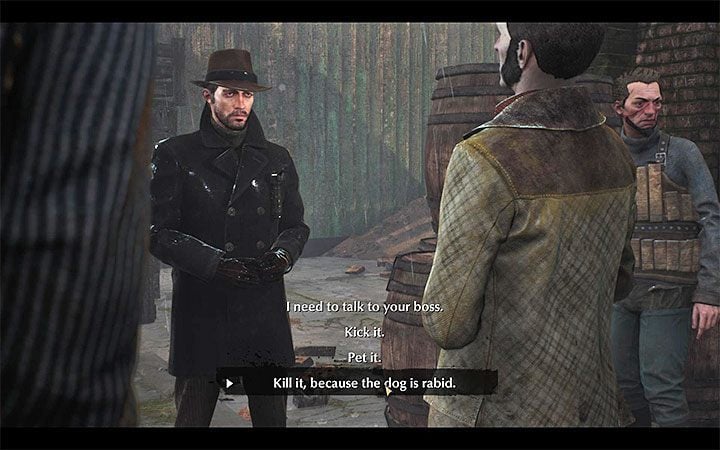 During this investigation, you need to find the Smugglers' Hideout. After reaching the side alley, Reed will encounter a few smugglers. You have two options:

In both cases, you meet with Brutus Carpenter. What is interesting is you won't get a hostile reaction from him, even if you have killed his people in the alley and on the ground floor. This choice only determines whether you participate in a battle or avoid it.

Return from the cave of religious fanatics - Fathers and Sons case 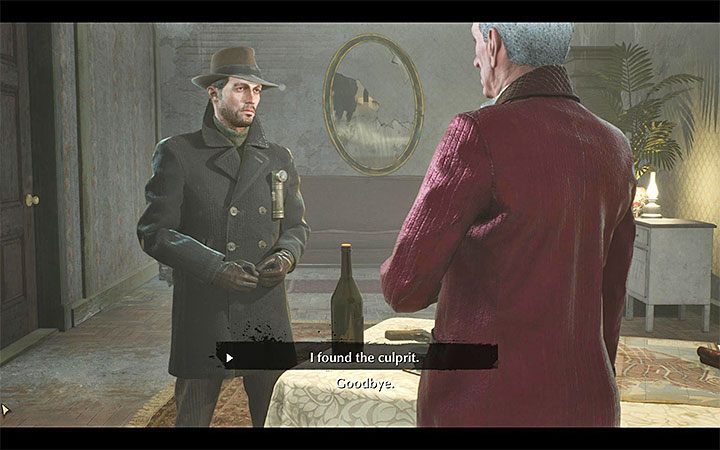 Later in the same investigation, Reed explores an underwater cave of religious fanatics. There, you will learn about Graham's ambitions. When you return from the cave, you have two options:

Both Graham and Brutus will be able to help get Fred out of town, which means that the final part of the investigation will be identical for both options. This choice affects who will appear in custody later in the game to get Reed out of jail. However, this applies only to meetings in the custody and at the Carpenter estate. The further part of the investigation has the same course regardless of who helped Reed get out of jail. 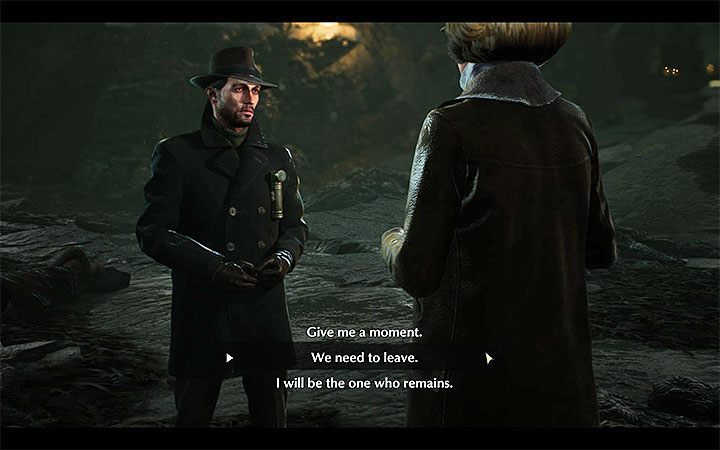 During the investigation, you will find Harriet Dough in an underwater cave. Talk to her. You have two options:

This choice, unfortunately, is an illusion because Harriet Dough will not survive, regardless of the selected option. Even if you decide to return with her to the surface together, you learn during the next main case that the woman drowned. Her corpse is in the hospital morgue.

Meeting with Ebernot Blackwood - Deal with the Devil case 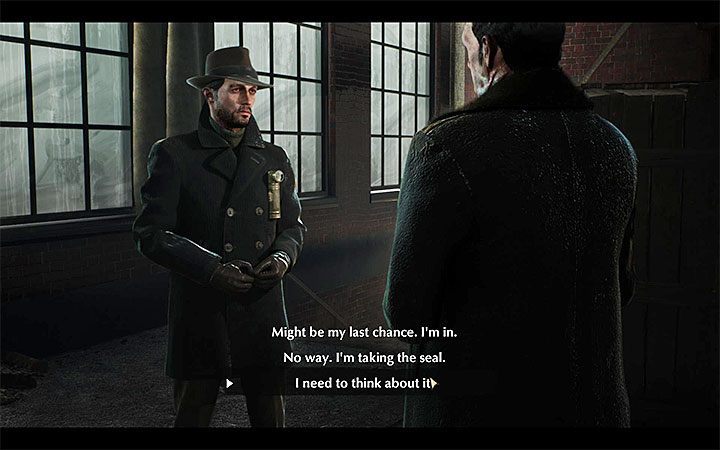 During this investigation, it is necessary to explore the cannery. Ebernote Blackwood will appear in the cannery after you inspect enough of this place. He won't let Reed go until he answers his proposal. You have two options:

In both cases, Blackwood will die. The only difference is whether it is a result of a conscious decision (option 2) or after Reed loses control (option 1). Remember, if you participate in the ritual, you will unlock an achievement/trophy. 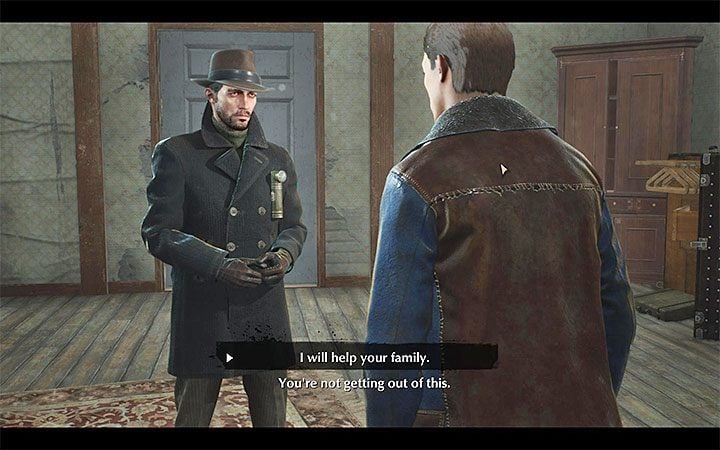 The main point of this investigation is Reed's exoneration - he is accused of murdering Johannes van der Berg. There are more options to choose from than usual. Possible options are:

The decision about the old lady ultimately doesn't matter, though if you poison her, you will get an extra trophy/achievement. There are two main endings - Glenn Byers can go to the police voluntarily or Milton Pierce can be charged with murder after leaving false evidence of the crime. The finale works the same for Reed - he is clear of charge. It is worth noting that when you meet Johannes, who is alive, he will comment your decision. However, nor Milton nor Glenn are encountered later in the game. 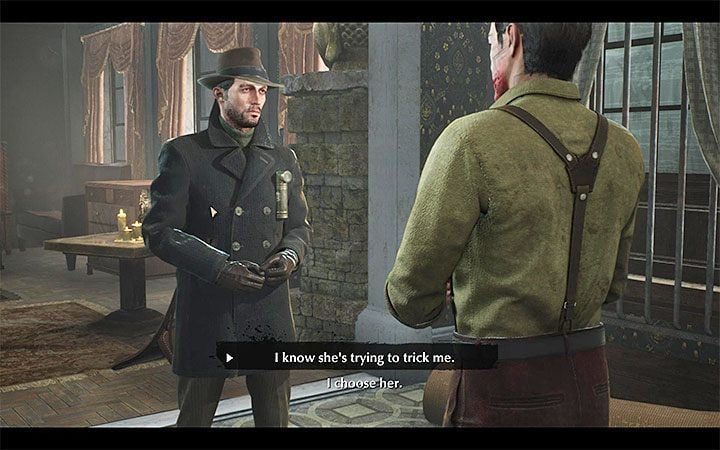 There are two important characters in this case - the undead priestess Usha (who will additionally take control of Raymond's body twice) and the archaeologist Joseph Hill. You can act in three ways:

You get information about Cthygonnaar prison regardless of who dies - both characters know something about that place. Option 3 is about betraying Usha or Joseph Hill - you can kill the second NPC after you learn how to get to Cthygonnaar. It doesn't mean who you kill - this doesn't affect the finale of the investigation nor blocks you from any of the endings.

The game's ending - Into the Depths case 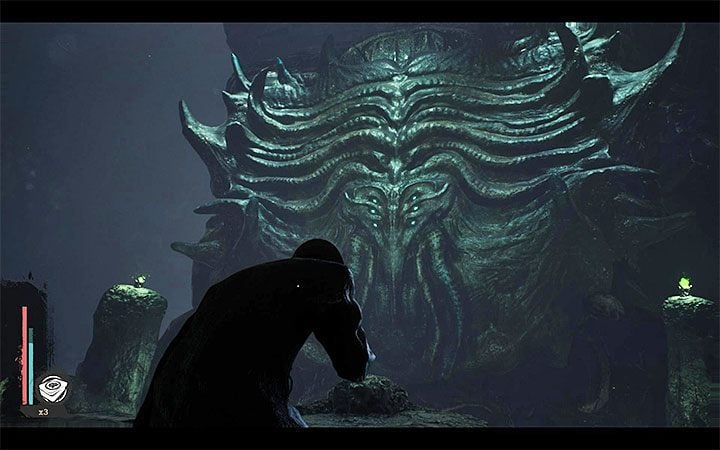