At the port, you will find a man named Vincent. He will give you a case during which you have to investigate The Pride barge - this is one of the side missions in The Sinking City.

Start Bounty of the Sea by talking to the man - you will find him in front of the entrance to Oakmont City Port, on the other side of Deepshore Road (in Grimhaven Bay district). He will stand alone between the chests.

Head to the barge, which is moored at the intersection of Moorland, Benevolent Tides and Old Colony. Climb on it and inspect the barrels and the journal on the table.

Take the journal to Vincent - that is all there is to do on this part of the mission. You can now cancel the mission or decide to look for journals found in the other two ships - "The Red Queen" and "Skylark".

This ship has crashed in Coverside, near the psychiatric hospital in the east (north of the intersection of Seaside Street and Providence Avenue). 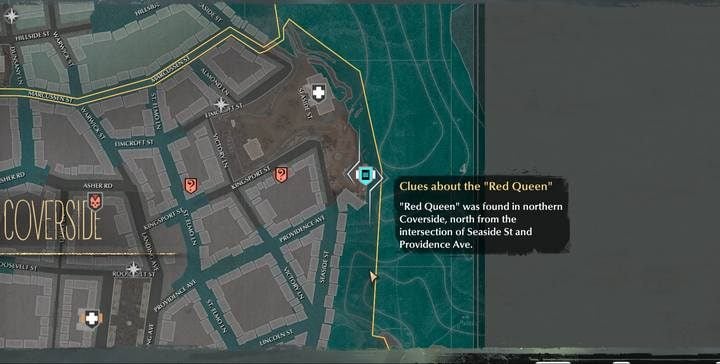 Go to the beach. There, you will see a destroyed ship with a red inscription - "Red Queen". Approach it - the journal is on the table standing next to the ship. However, when you get close, you will be attacked by monsters. Remember to carry a few grenades.

The journal informs you to look for this ship around Wharf Street, between Tower and Clambay Street, in the eastern part Grimhaven Bay district. 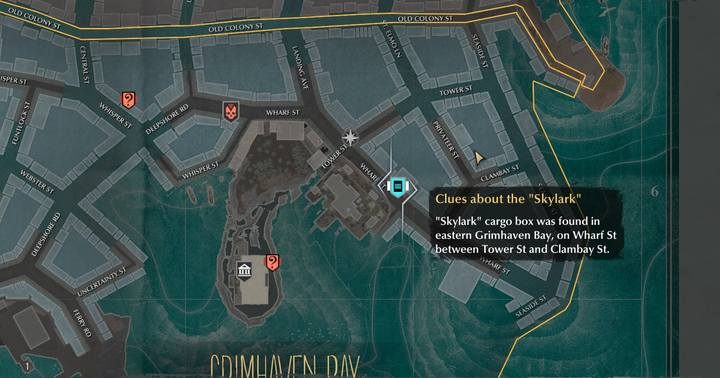 Walking down the street, you will see cargo boxes signed "Skylark" in the port on the side of the - the damaged ship is near the pier. However, the enemies won't let you get the journal - it is guarded by four men (two of them are armed, the other two don't carry any weapons).