You can revive fallen followers back to life in The Serpent Rogue. On this page, you can learn how to bring the dead back to life using the Undertaker (revive) and how to resurrect them using the Vivify potion.

Reviving with the help of Undertaker

There are two ways of reviving that differ in the method and "cost". The potion requires you to interact directly with the "corpse", and the Undertaker will manage to revive the ally himself. 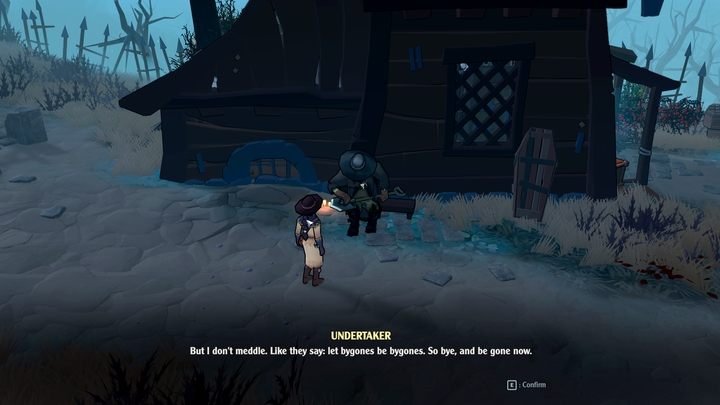 You will learn the location of the Undertaker after completing the quest with healing a tree in the Wasteland. When you die, you will go to him. 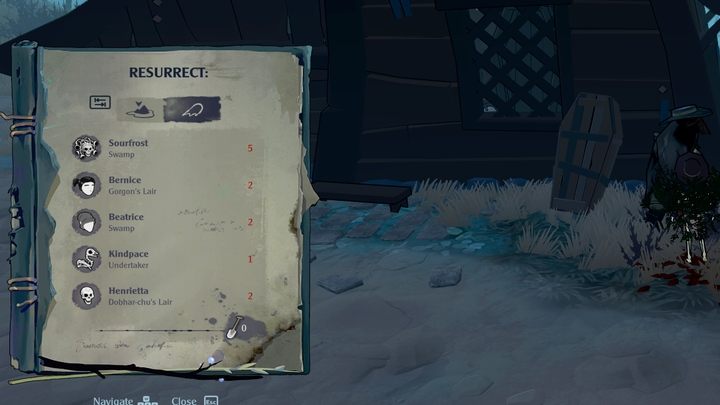 Undertaker offers the service of reviving allies via a dialogue window. Of course, you will have to pay for it in gold - in addition, you have to provide him with a Shovel - usually 2-3 for humans - the stronger the ally, the more you will need. It will be a while before Undertaker starts the "reviving process" - you can go to that location to observe him at work. Be careful though, as you can accidentally revive another fallen NPC who is not your ally. The Undertaker can also get rid of a corpse from anywhere - this service also costs shovels.

If a corpse is destroyed in a given location, it will not be possible to resurrect allies - their corpses remain where they fell. For example, if a corpse is eaten by Ghouls, you won't be able to bring that follower back to life. The same will if an ally dies in the Westland and the corpse disappears after the storm passes.

Additional note: if you have several shovels with you, you may have trouble resurrecting. The Undertaker doesn't always check your equipment well - it's best if you give him new shovels, and if you have another, old one - put it away. Sometimes the NPC will only count one damaged shovel, ignoring the new ones. This is a bug that can be fixed in the upcoming patches.

Reviving with the Vivify potion 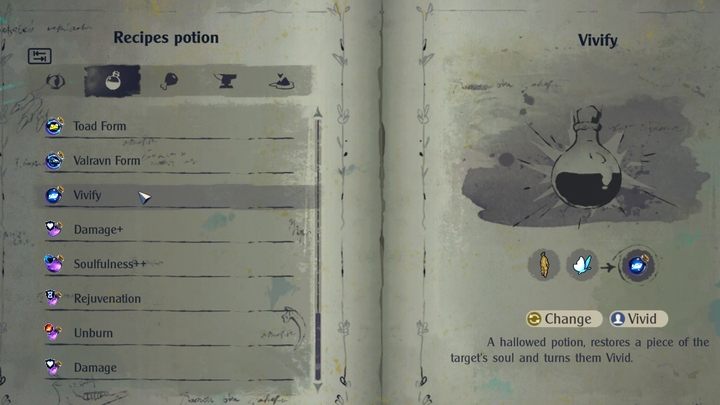 You can create the Vivify potion using two ingredients: Mandragore Butterfly. It translates to "Change" "Vivid". You can find the Mandragore in the Wasteland by the mushroom trunk, and the butterflies mainly in the Church, where you can catch them by transforming into a toad (because the butterflies fly away high up where you can't catch them). Throw the potion created in this way at a fallen ally to bring it back to life right away. This potion also turns Restless characters and monsters into their living form.