World Tomes are a type of secret collectibles in The Serpent Rogue. This page explains: where to find and how to collect all the World Tomes and how to fill all the pages of the Journal. There are 15 collectibles, but you won't get any special reward for collecting them all. 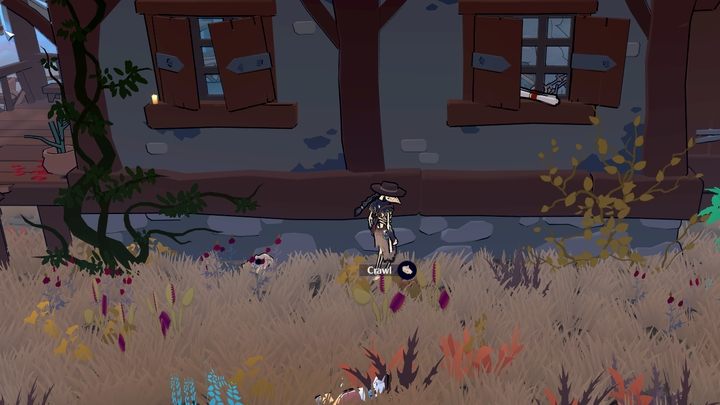 You won't collect this tome at the beginning of the game, but only after obtaining the rat potion (or using the transformation statues in Wasteland). By digging under the wall next to the abandoned house, you will enter the attic, where you will find the tome. 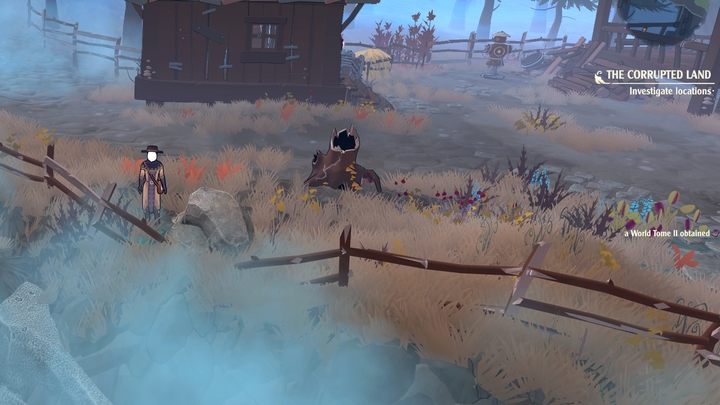 This tome is in the left corner of the Abandoned House, behind the trunk by the fence. You have to cut it with the axe. 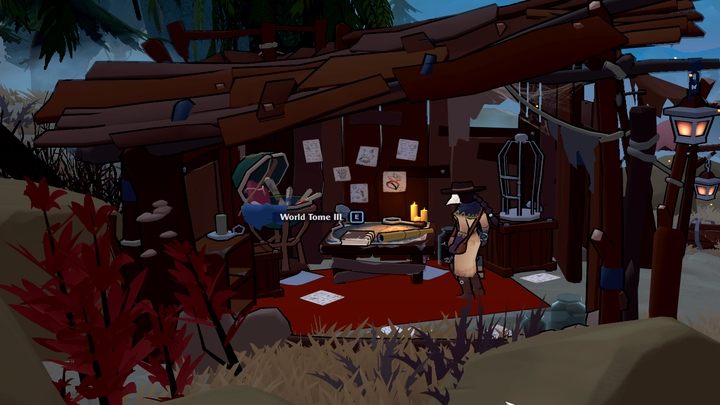 In the camp, go to the small building on the left, near the passage to Wasteland. The tome is on the table inside. 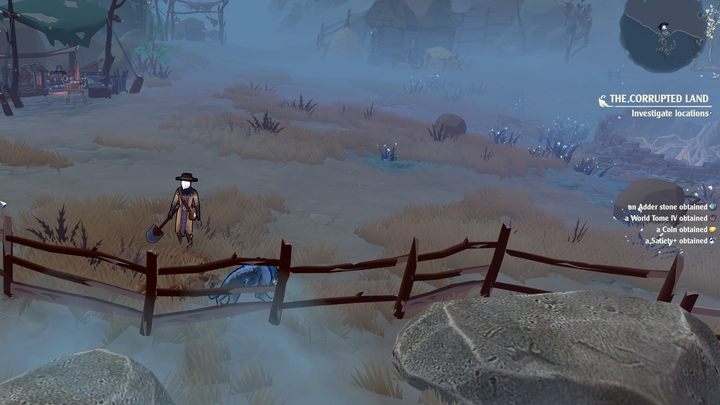 There is a mound to the south of the forge, by the fence. Dig it up using a shovel. 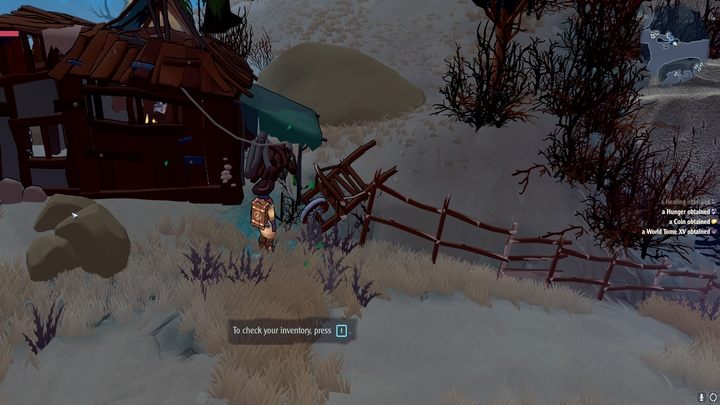 You will find this tome inside a bag hanging in front of the building at the northern border of the location. 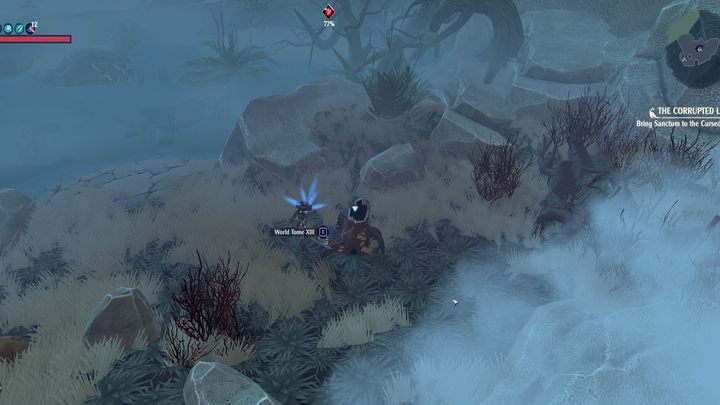 After entering the Wasteland, head southeast to the corner of the map. Here you will find a tree trunk with the tome next to it. 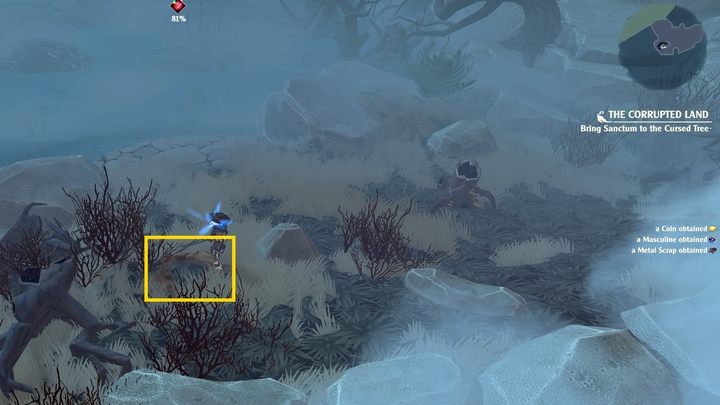 Right next to Tome XIII, in the right corner of Wasteland, you'll find another mound to dig up with Tome XV. 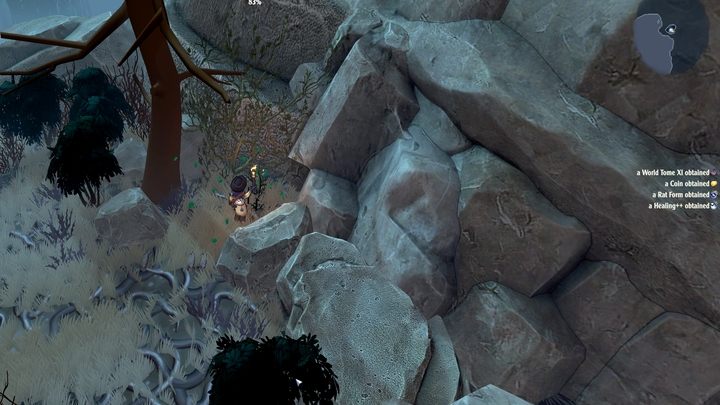 This tome can only be collected after completing the maze in the northern part of Wasteland. Take an axe / torch and glass with you. The bag with the tome is on the right, by the rocks, near the exit from the labyrinth. 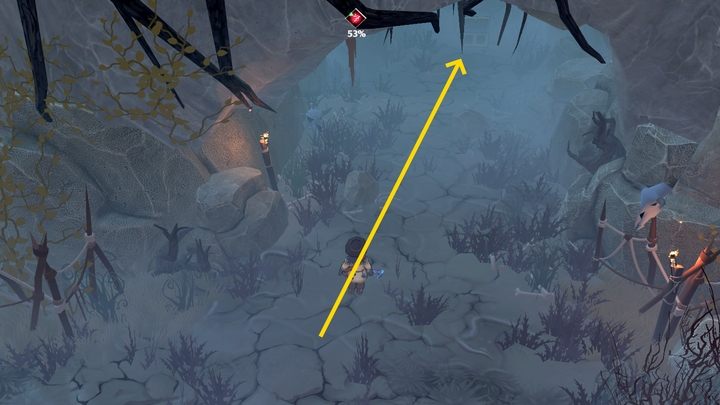 The last tome in the Wasteland is in a chest inside the cave. To get to it, you first have to heal the tree, then go through the labyrinth in the north to get to the north-eastern cave visible on the map. 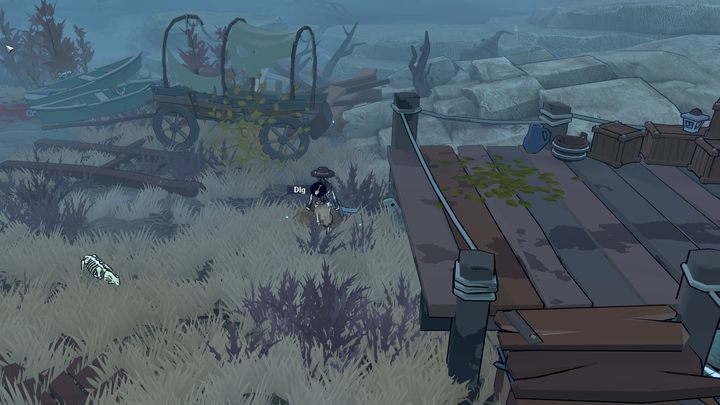 In the Pier, in front of the destroyed cart, you will find a digging spot. That's where you'll find tome VI. 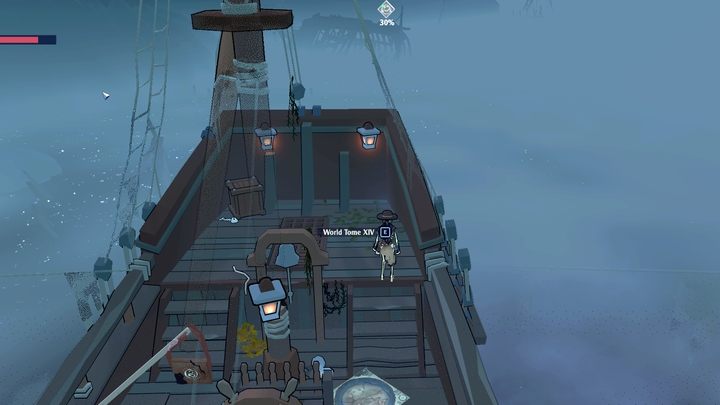 To get the 14th tome, you must go aboard the ship when it arrives at the port. The tome is on the deck. 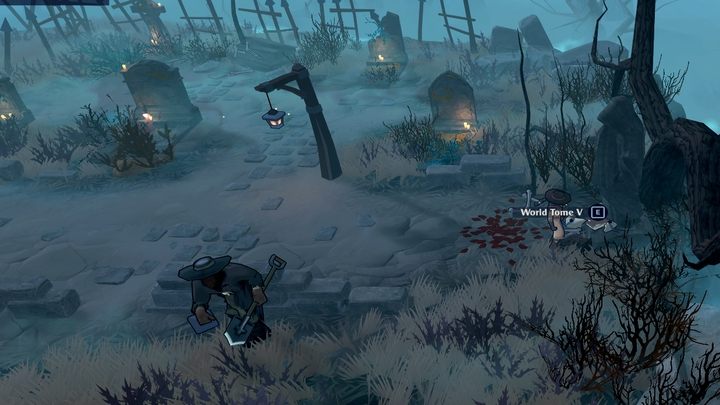 The only tome in Undertaker is behind the graveyard, on the right, at the end of the path. 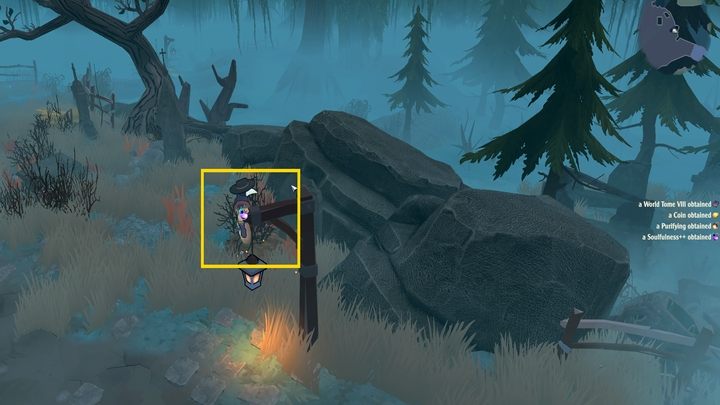 The only tome in the Church is to the east, by the lighthouse. 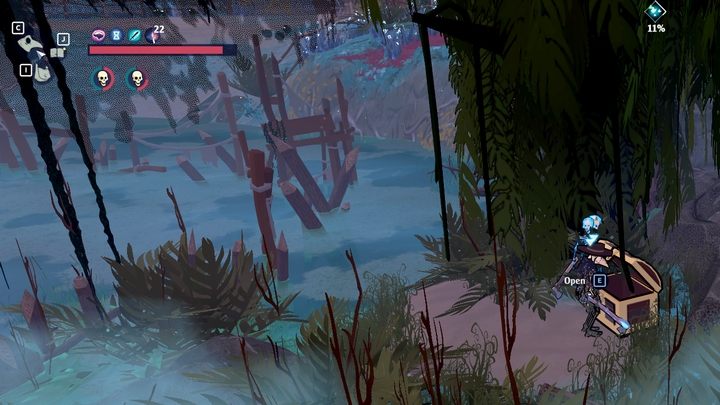 In Mavka's Shelter, cross the water to the east to find the chest. The water is deep, so you need a transformation to go through it (a large animal or skeleton - Restless). 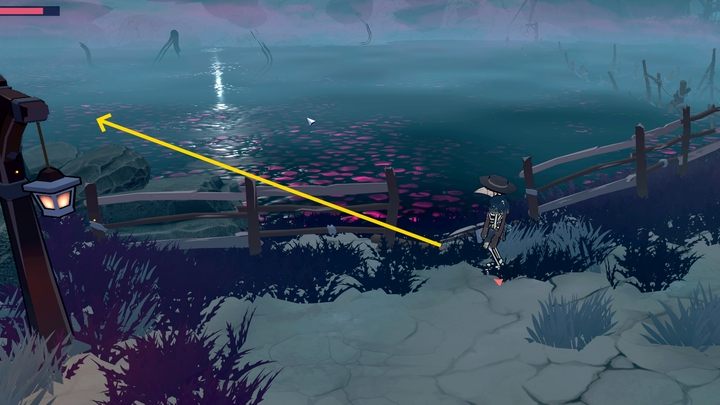 In the swamps, you can find the tome after healing the Corrupted area in the north. There, you have to enter the water through the hole in the fence and go northwest. Use the mini-map to navigate underwater (you will also take damage). 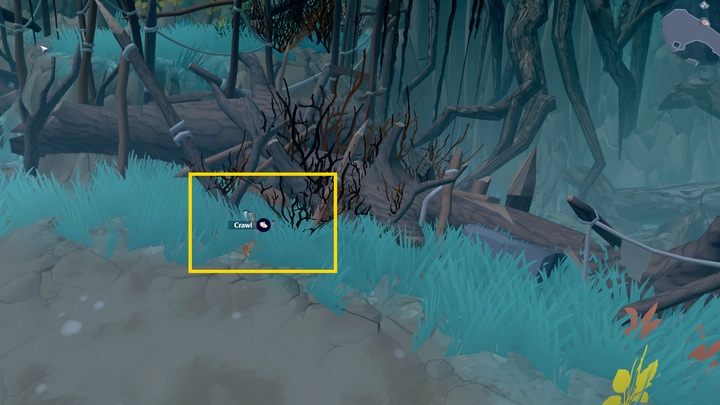 The Swamp - Dobhar-chu's Lair - is one of the locked locations and one of those that you get access to only at the end of the game. There's a spot on the hill that you can dig up as a rat to find the tome.