On this page of the guide to The Last of Us 2, you will find basic information about Dina. We explain who this new character is and what role Dina plays in The Last of Us: Part II.

Our brief description of Dina has no major spoilers. You won't find out by accident whether Dina gets killed or what important events might be directly linked to her. 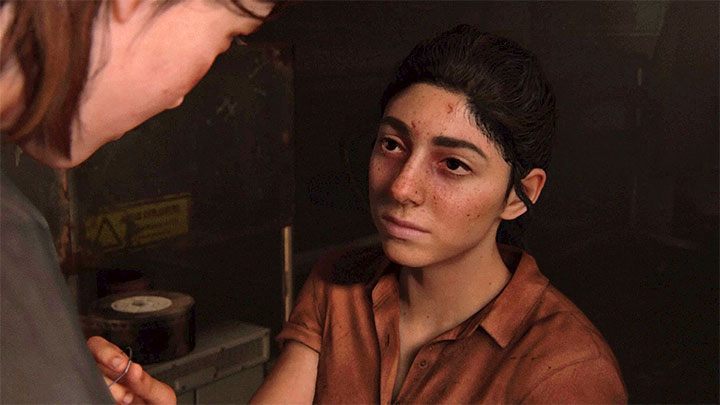 Dina is one of the new major characters in The Last of Us 2. She appears throughout the majority of the story but she isn't playable. She can appear in cut-scenes and be your AI-controlled companion.

Dina is a young woman who lives in Jackson. She had previously been in a relationship with Jesse, although the relationship fell apart. This topic is not quite "over" and is present through the game. It is worth noting that Jesse himself does not openly express his dissatisfaction at the fact that Dina has found a new partner after breaking up with him. 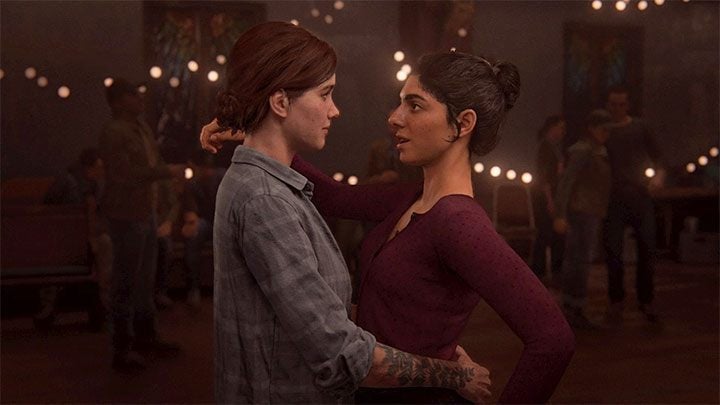 Dina initially only becomes friends with Ellie, although, by the time the game begins, Dina and Ellie are already a couple (Dina is bisexual). The girls' relationship intensified when Dina kissed Ellie during a dance in Jackson. It is worth noting that the game does not immediately show this scene, although the characters refer to it multiple times during conversations.

One of the reasons Dina accompanies Ellie in her initial adventures is because she is one of the people ordered to patrol the areas around Jackson. Right after completing the prologue, Ellie and Dina go on patrol to find out what has happened with Joel and Tommy.