In this spoiler free chapter of our game guide to The Last of Us 2 we have prepared a detailed walkthrough of The Marina stage. Yara and Abby set off to find Lev, who escaped from The Aquarium.

Path to The Marina 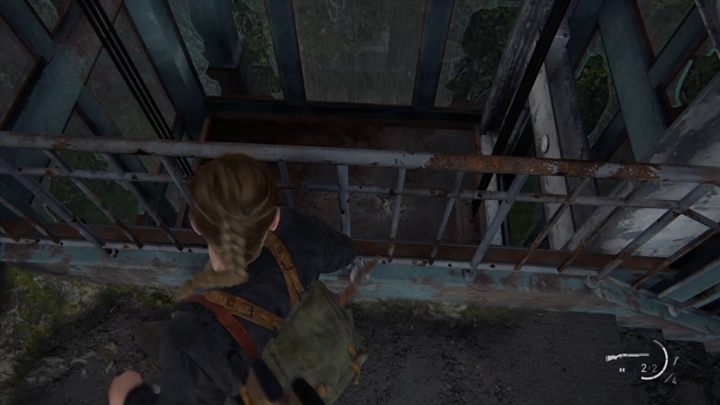 Go down the stairs with Yara. When the stairs down will be blocked, jump on the adjacent elevator and move down. 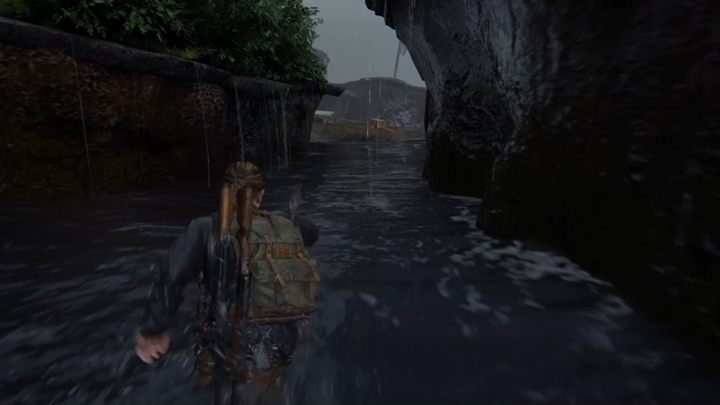 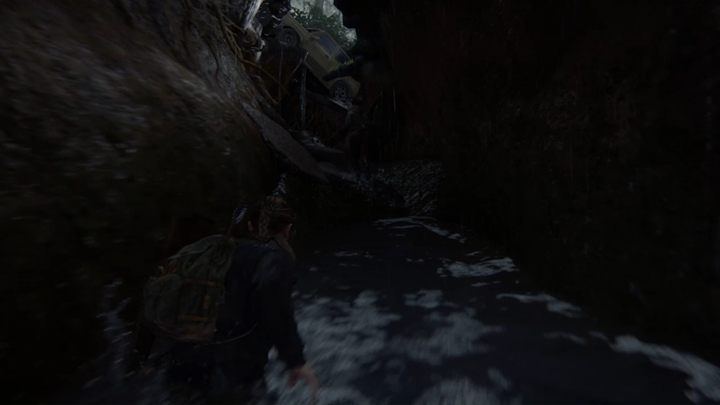 Run after Yara and pass the subway. When Yara stops, run left - go down to the water and keep walking until you reach the end of the road. Now run after your companion until you've passed the sewage pipe - go to the other side. 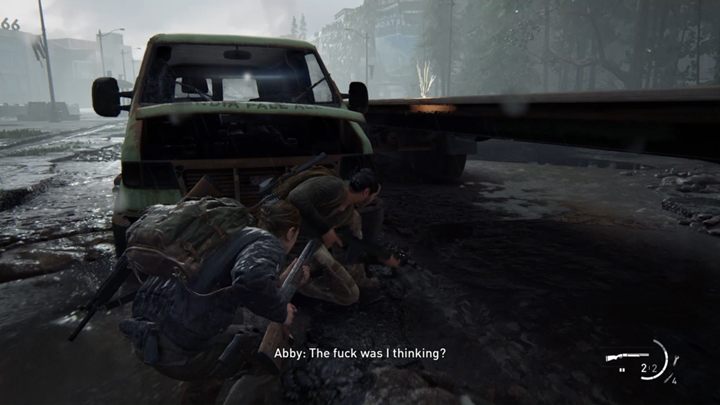 Climb the ladder and Yara will decide to stay down. Continue on your way and head to the spot from which the bullets were fired. You will meet Manny. He will tell you that there's a sniper in the area. You need to watch out for sniper shots and move quickly between vehicles to avoid getting hit. 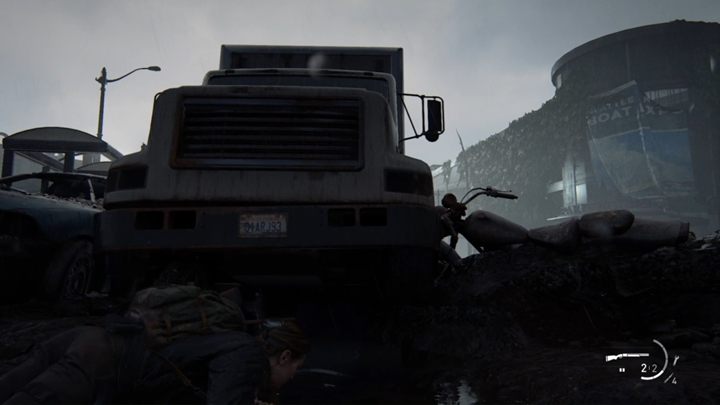 When you get to the truck, crawl under it and then you can dive underwater. This will get you close to a building where you can hide. 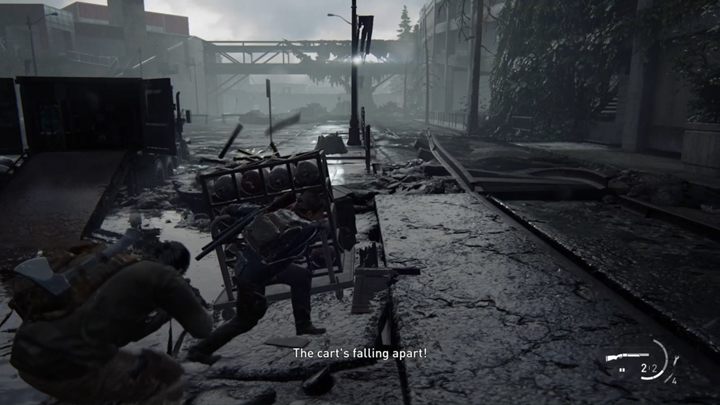 However, before you hide, pull out the crate and push it all the way to the door in order to use it as a cover. 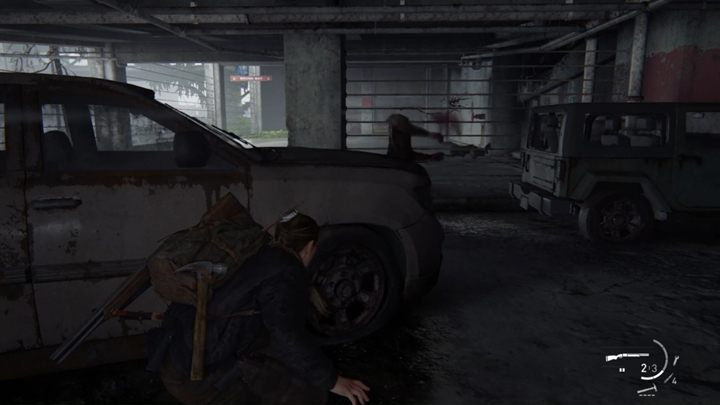 Once you get to the underground garage, the sniper will shoot the cars that are close to you in order to lure some infected monsters towards your area. Eliminate enemies with firearms - there is no time for silent eliminations. 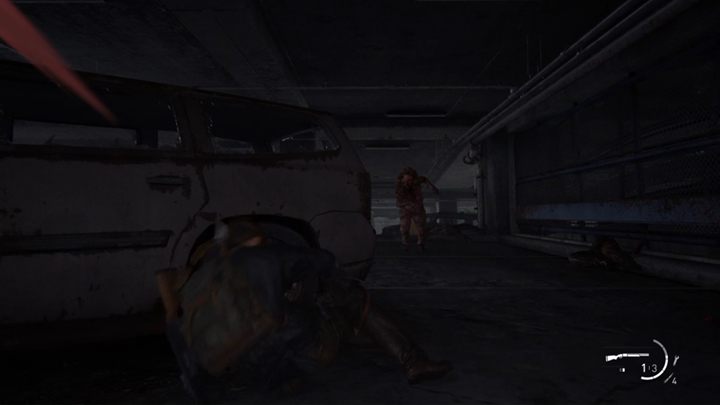 Run towards the next cars and fight the mutants (be especially careful while fighting Clickers). Also, defeat a Shambler which you will come across later. Stick to the cars so the shooter can't track you down and get through the mutants to get higher. 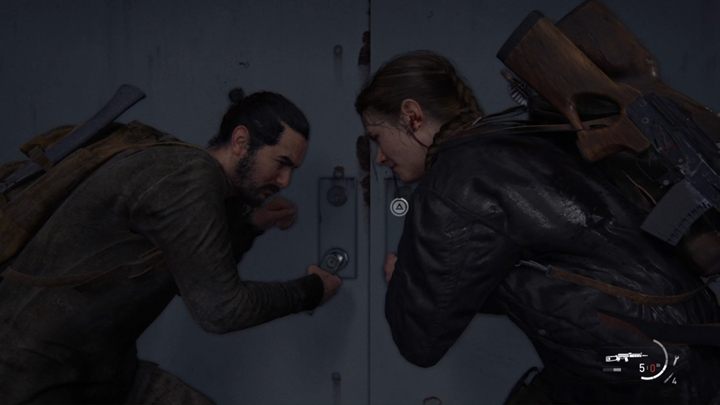 You'll finally reach the building where the sniper is located. Together with Manny, run towards the sniper, occasionally hiding behind obstacles. Reach the white door. Unfortunately, as you break them down, Manny will be shot by the sniper. 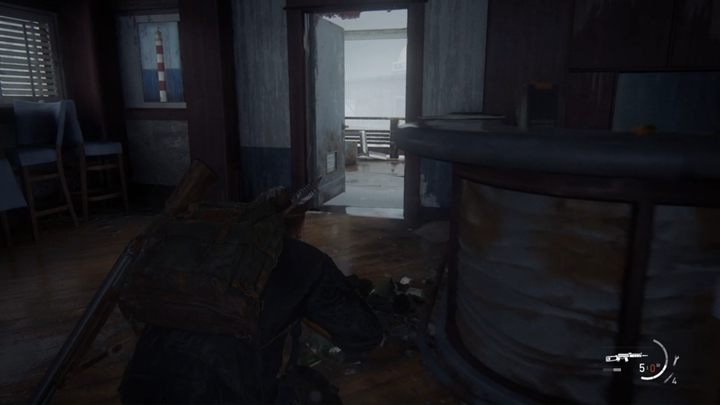 You will be left alone with your opponent. Sneak up to the open door and then watch the cutscene with Tommy.